The industry’s current ability to drill efficiently at great depth limits the economic development of ultra-deep oil and gas reservoirs, as well as the implementation of the “Geothermal Anywhere” concept, which aims to deliver clean baseload geothermal energy at any location around the world.

Dual-gradient drilling (DGD), which was traditionally limited to deepwater and ultra-deepwater well construction, was recently extended to be used in the shallow-water shelf and onshore drilling environments. Using a dilution-based DGD technique, it is now possible to remove technical and economic limiters while pursuing ultra-deep hydrocarbon and geothermal reservoirs.

Reviving the focus on DGD

DGD technology received considerable attention in the late 1990s and early 2000s, with coordinated industry efforts such as the SubSea MudLift Drilling Joint Industry Project. Several DGD technologies were considered for deepwater application prior to 2010, including Transocean’s Continuous Annular Pressure Management (CAPM) dilution-based technology, which is a direct predecessor to UltraDeep Energy Company’s technology described here. At the time, DGD-equipped deepwater drillships were projected to operate in up to 12,000-ft water depth and drill wells up to 40,000-ft deep.

Post-2010, however, DGD technology implementation was negatively affected by a decline in deepwater drilling projects. Later, economic downturns in 2014, 2017 and 2020 also hindered the implementation of DGD technology in deepwater. Pre-BOP riserless mud recovery (RMR) and post-BOP controlled mud level (CML) drilling had become the only surviving DGD variants.  Moreover, the momentum of dual-gradient technology was largely lost, as many DGD experts retired from the industry.

UltraDeep aims to revive the focus on DGD by introducing an adaptation of the CAPM method, which is based on dilution to produce a dual-gradient fluid profile. This adaptation can be implemented in both onshore and offshore well construction. .

The dilution-based technology is a combination of new surface and downhole technologies and current, off-the-shelf equipment and drilling practices. It exploits the use of a casing annulus to create a dilution injection point at an optimized, engineered subsurface location. Heavy-density mud is injected through the drillstring and used for hole-making. On its return to the surface, this heavy mud is diluted with light mud, creating a mixed mud of medium density. The hydrostatic head in the well on the annular side is now determined by two gradients: medium-density mud above the injection point and heavy-density mud below the injection point.

Once at surface, the medium-density mud is separated into heavy and light fractions using proprietary centrifuge separation equipment. The heavy mud is subsequently used for drillstring injection, and the light mud resumes its role as a dilution fluid. A proprietary “flow stop” valve is used at the base of the drillstring to prevent U-tubing, a common issue in dual-gradient systems due to the difference in hydrostatic head between the drillstring side and the annular side.

The dilution-based DGD system can be incorporated on any standard onshore or offshore drilling rig and is complemented with standard MPD system offerings.

Figure 3 demonstrates a dual-gradient well versus a conventional single-gradient (SG) well for the same geopressured pore pressure/fracture gradient (PPFG) profile encountered while pursuing a deep hydrocarbon or geothermal target. The SG well would require eight casing strings and end up with a 6-in. hole at TD. The same well drilled with DG technology would require only four casing strings and can preserve a 12 ¼-in. hole size at TD.

Even when employing conventional MPD technology, the SG will be difficult to drill due to a high equivalent circulating density (ECD) exceeding 1.0 ppg, whereas the DG well will have an ECD smaller than 0.5 ppg. Notice in Figure 3 that the DG pressure gradient profile is represented by a curve, not a straight vertical line. This is due to the combination of the hydrostatic head of a lighter mud above the dilution point and that of a heavier mud below it. This creates a unique pressure gradient profile that fits the PPFG profile much better than the SG mud weight approach, resulting in a reduction of the number of casing strings required to get to total depth and an associated reduction in the loss of drift diameter.

The control over the PPFG profile is based on the dilution weight, the rate of dilution injection, the weight of the heavy drilling fluid, as well as the backpressure applied at surface, which uses a conventional MPD surface backpressure arrangement common in today’s drilling operations.

Figure 4 compares the days versus depth associated with the SG and DGD well depicted in Figure 3. Reducing the number of casing seats from eight to four also reduces the predicted days from 140 days to 80 days. The integrity of DGD wells is also expected to be better by having larger cementable annuli. The associated design changes reduce casing and cementing time and costs, in addition to the cost savings from the elimination of casing strings. Moreover, the DGD well design reaches TD with a 12 ¼-in. bit and heavier drill pipe. In the DGD design, force transmission to the bit (weight-on-bit and torque-on-bit) is improved, and harmful drillstring vibrations, usually a significant drilling limiter, can be mitigated with a stiffer drillstring. Rate of penetration is expected to benefit from these measures. The larger production hole size is particularly important when pursuing geothermal targets, which typically require larger diameters for production fluids than oil and gas wells for economic heat and power production.

New geothermal technologies vary in focus and areas of advancement. Surface technology is generally coupled to a specific subsurface design or targeted heat source. There are also a smaller number of other technologies focused on heat transfer innovations and new wellbore construction methods that deviate from current oil and gas drilling practices. Few of these technologies, however, are at an elevated technology readiness level (TRL), and even fewer are operationally ready for implementation.

UltraDeep’s dilution DGD package is at a high TRL and can be deployed with existing land-based drilling rig operations. The integration with standard drilling technologies provide access to deep (15,000-25,000-ft TVD) and ultra-deep (25,000-35,000-ft TVD) well construction opportunities. The ability to drill these geothermal wells to these depths with large bore is critical to implementing the Geothermal Anywhere concept while drilling through geopressured sedimentary rock in pursuit of deep targets.

The large-bore well design at depth provides several benefits, including reduced well construction time and costs, as well as a reduced carbon footprint from rig operations, casing and cementing time. The larger bore at TD is the required conduit needed to scale heat and energy transfer. Additionally, the well integrity and zonal isolation improvements enabled by DGD are essential for long operational life, as well as the ability to implement new technologies restricted to large-bore wells.

Sizable deep and ultra-deep gas reserves exceeding 100 Tcfe are present along the US Gulf Coast. From 2000 to 2010, several attempts to access these reserves were undertaken with various projects, such as Davy Jones, Blackbeard, Joseph, Highlander and Lineham Creek.

Except for the Highlander project, the technical and economical limits of conventional drilling methods of the time were reached on most of these wells, and the projects ended prior to completion.  This was primarily due to drilling problems associated with well control, induced lost circulation and wellbore instability. However, by using dual-gradient drilling technology, in combination with conventional MPD technology, the industry can  eliminate most, if not all, of this nonproductive time.

UltraDeep is working to partner with existing leaseholders to utilize the dual-gradient technology to reach additional formation targets of deep and ultra-deep gas shelf and onshore reserves on existing leases. Note that the production infrastructure needed to commercialize produced gas is within easy reach through existing pipeline networks. When effectively accessed, these ultra-deep gas reserves can supply the growing LNG infrastructure along the Gulf Coast. More than 20 LNG terminals have been proposed to feed the growing LNG supply chain with Europe.

There are important secondary benefits derived associated with the use of DGD technologies, including:

The existing pipeline transport resources and proximity to shore can create additional value later in the (ultra-)deep well lifecycle for CO2 sequestration, where depleted natural gas reservoirs can be coupled with enhanced gas production by injecting CO2 into the reservoir as it is being produced, a process known as carbon sequestration with enhanced gas recovery. In addition, highly depleted reservoirs without secondary gas recovery potential may be used for direct carbon capture and underground storage.

Wells drilled at great depth have reservoirs at elevated temperature, allowing for the potential of co-production of gas and heat, with the latter to be used for electricity production. In addition, there is the potential to convert wells late in their lifecycle to geothermal wells, harvesting heat long after all natural gas is depleted.

The geographical application of deep-gas DGD technology is not limited to the Gulf of Mexico Shelf and onshore Louisiana. There are similar deep gas targets to pursue in the Mediterranean (offshore Israel and Egypt) and in the Far East (offshore Malaysia and Indonesia), for instance. DC 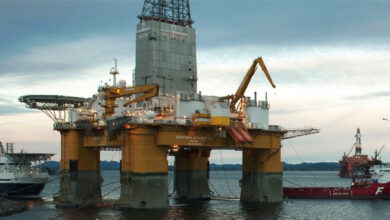 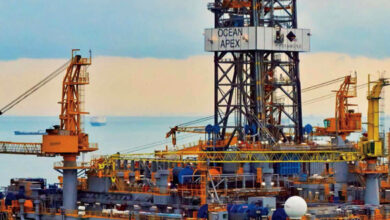