The educational institution in charge of managing, organizing and developing the formal education of all seafarers in Mexico has selected offshore simulators from Kongsberg Maritime for the Marine Education Center in Ciudad del Carmen, Campeche.

R. Scott Rowe will take over the CEO role, effective 5 October. Mr Rowe was named in September 2014 to his current position as President and Chief Operating Officer.

“I’m very proud of our safety culture, and the recognition from AFPM validates the hard work and dedication by all of our employees, and as well as our strategy of leading by example,” Total Safety CEO Troy Thacker said.

Stewart to serve as Director of Operations for PTS

Patterson Tubular Services (PTS), an RPC company, has appointed Vince Stewart as Director of Operations for the PTS Channelview, Texas, facility. Mr Stewart will direct all operational, safety and sales efforts. He previously served as Group Vice President of Demand Management and Business Alliance for RPC.

Frank Tollefsen has joined Frigstad Engineering as Managing Director for a subsidiary in Norway. Mr Tollefsen served as Senior Vice President from 2004 to 2012 and later served as COO/Deputy CEO with Ocean Rig.

Expro has won a contract with Statoil in the Flemish Pass Basin offshore Canada. The initial four-year contract is valued at $45 million with options for two 1-year extensions. The contract will include the provision of surface well testing and subsea safety systems, drill stem testing tools, tubing conveyed perforation, downhole sampling and on-site chemistry services.

Mercury Well Control has established an exclusive support agreement with Four Horses, an E&P holdings and investment firm. The agreement comes as Mercury expands its operational support for the Middle East and South America.

Check-6 announced that its Well Control Virtual Instructor (VI) training system has been purchased by Lackawanna College School of Petroleum & Natural Gas. The purchase was made through a $150,000 technology grant from the Pennsylvania Department of Labor & Industry Bureau of Workforce Investment Administration and will be installed at the New Milford-based college by the end of
fall 2015.

Check-6 will deploy two Well Control VI workstations, as well as a 60-in., high-definition touchscreen monitor. As part of the monthly licensing agreement, Check-6 will donate the training system’s Learning Management System.

Ensign Energy Services was recognized at the Canada Oil & Gas Awards on 24 June with the Award for Drilling Excellence. It recognizes organizations providing advanced drilling solutions and for showing an uncompromising commitment to environmental impact mitigation.

“I think it’s an endorsement of the fact that the machine and the operation is real and viable, and is a little bit of a game changer,” Ensign President and COO Bob Geddes said.

TAM International has introduced its PosiFrac Toe Sleeve (PTS) assembly, designed for cemented or uncemented completions where a casing pressure test is desired to confirm casing integrity prior to opening the toe sleeve. The PTS is distinguished by allowing for more than one casing pressure test without the need to pressure above the test pressure to open the sleeve. One or more PTS tools can be installed at the toe of the well, and each PTS will cycle open independently during the final casing pressure bleed-off cycle. This allows multiple entry points to the reservoir, so the first stage can be fractured immediately before plug-and-perf operations begin.

The PTS is rated up to 18,000 psi (combined hydrostatic plus test pressure) and 350°F. The design features a large flow area for high-rate fracture treatments and a debris-tolerant actuation system that is compatible with standard cement wiper plugs.

GE’s new seawater sulfate removal (SWSR) nanofiltration membrane eliminates almost all sulfate from injection water in offshore oil production. The membrane removes sulfate to drastically reduce scale and corrosion in the injection well, which can reduce oil recovery and plug the well. It also has fouling resistance due to its three-layer membrane design.

The SWSR series is an advancement of GE’s DK series nanofiltration membrane and provides a high transmission of sodium chloride into the permeate water to minimize operating pressures. It offers a physical barrier for any suspended particles, including bacteria, pyrogens and colloids. Additionally, the new membrane will help prevent strontium and barium sulfate scale in injection wells and will better mitigate well souring by reducing sulfate.

The new SWSR membrane also can be used in conjunction with GE’s existing reverse osmosis membranes to provide water for low-salinity flooding, polymer flooding and other forms of enhanced oil recovery.

Baker Hughes announced the commercial release of its Vault barrier valve, which provides an ISO-qualified barrier in the wellbore to help protect the lower completion and minimize costly fluid loss during well construction. Because of its high-pressure, high-temperature (HPHT) ratings, debris-tolerant design, and ability to perform multiple open/close cycles, the valve offers increased operational reliability and flexibility.

The Vault barrier valve is designed primarily for sand control applications and can be used in both cased- and open-hole wellbores. It is rated to 400°F (200°C) and can withstand pressures up to 15,000 psi. The valve’s large debris sump enables trouble-free opening and closing, even if large amounts of debris accumulate on top of the valve, helping to minimize interventions.

The valve can be opened as many times as needed using remote, resettable hydraulic actuation, avoiding multiple trips in costly offshore environments.

Halliburton’s Completion Tools business line has introduced the  VersaFlex XtremeGrip expandable liner hanger system. With a design that offers enhanced bi-directional anchoring capabilities, it is designed to hang liner and seal off in temperatures up to 400°F (204°C) for oil and gas wells and up to 575°F (302°C) for geothermal wells. The system has been tested to ISO 14310 V0 requirements on multiple sizes.

The VersaFlex XtremeGrip system is ideal for use in deepwater and offshore applications where long liners must be deployed in high-temperature wells. The system is designed to minimize risks and maintain hang-weight capabilities in extreme environments. The ability of the system to rotate and reciprocate during cementing helps improve cementing results and reduce the need for costly remediation. The system has been run and set successfully in deepwater projects in Norway, Angola, Malaysia and the Gulf of Mexico.

Compared with the 3512C (HD) Tier 2 engine, there is up to a 5% improvement in fuel economy and increased ambient and altitude capability, which results in fewer trailers on location. Maintenance intervals have been increased to a 10,000-hr overhaul, a 25% improvement in comparison with previous models. 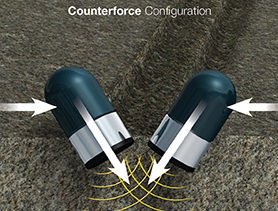 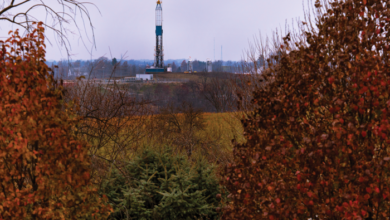 Another rough year ahead for North American shale producers and drilling contractors, but 2017 could be a year of recovery 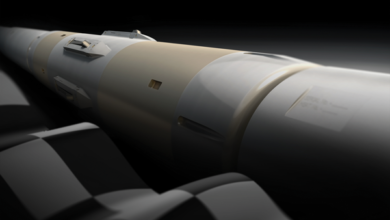 Our technologies have moved on; our people must move with them