One advantage that the EH architecture has over current electro-mechanical control systems is that the EH architecture allows for efficient locomotive force to move an interval control valve under differential pressure. The SmartPlex system was designed mainly for dry tree applications commonly used in land wells and is suitable for extended-reach horizontals with narrow pay zones.

Five new joint industry projects (JIPs) have been announced by the Wood Group that will run between 2015 and 2018. Under these JIPs, Wood Group Kenny (WGK) will work with several oil and gas operators, contractors and regulators to improve quality, safety and competence and achieve significant savings in design and unplanned intervention costs.

• The Subsea Engineering Competency (SECOMP) JIP will develop a consistent framework for assessing the competency of subsea engineering personnel and provide standardization across companies and regions. It is supported by three operators, the Society for Underwater Technology (SUT) and the Institute of Marine Engineering, Science and Technology (IMarEST).

• The SURFIM Network involves the largest number of operators for a Wood Group Kenny JIP, with 14 major companies having participated in its first phase. SURFIM Network Phase II will organize, convene and facilitate face-to-face and virtual forums for knowledge sharing and delivering solutions to subsea integrity and reliability challenges, focusing especially on subsea hardware. This initiative has been delivered with the support of the Industry Technology Facilitator (ITF).

• Now in phase III, Slug Loading & Response in Pipelines and Risers (SLARP) focuses on developing best practices for analysis of slug loading and response in pipelines, spools and risers and has five participants in this phase.

• SureFlex2015 will provide an update to failure statistics and industry guidance on flexible pipe integrity, as well as the tools and technologies used for inspection and monitoring of these critical components. This project is in collaboration with Oil & Gas UK and backed by 10 supporting participants.

APS Technology’s SureShot EM MWD system has successfully transmitted from a depth of 10,104 ft (3,080 m) total vertical depth in a Canadian well in oil-based mud (OBM). This is the deepest transmission to date for the system. Communicating with the downhole system was accomplished with EM downlink telemetry using a transmitter at the surface. APS’ SureShot EM MWD operates at up to 12 bits/sec and 12 Hz. Maximum transmit power is 50 watts.

Statoil and its partners have put the first subsea gas compression facility online at Åsgard in the Norwegian Sea. Subsea compression will add some 306 million BOE to total output over the field’s life. This subsea technology milestone opens new opportunities in deeper waters and in areas far from shore.  Recovery from the Midgard reservoir on Åsgard will increase from 67% to 87%, and from 59% to 84% from the Mikkel reservoir.

Subsea 7 has successfully used acoustic and inertial navigation technologies from Sonardyne International during a project to install flowlines, risers and subsea structures on a major new deepwater field development in the Gulf of Mexico that is due to commence production in 2016.

For the installation of the flowlines and structures, a high-precision seabed array of Sonardyne Compatt 6 transponders was deployed. The SSG assisted Subsea 7 in designing the array, optimizing array geometry and modeling acoustic ray bending paths to ensure the design produced a robust array that met the stringent positioning tolerances required and offered sufficient redundancy in acoustic observations.

The work identified that the quantity of transponders needed for the project could be reduced through the use of Sonardyne’s inertial navigation sensor, SPRINT, installed on the survey team’s ROV, which was being used for touchdown monitoring. SPRINT makes optimal use of acoustic aiding data from acoustic ultra-short baseline (USBL) and LBL positioning systems and other sensors.

The use of SPRINT allowed a tightly coupled range aided solution to be derived, whilst the decrease in the quantity of Compatts meant that there was a reduction in vessel time required for the installation, calibration and recovery  of the array.

The Delmar Quick Release (DQR) has been successfully tested on a semisubmersible located dockside at a shipyard in Brownsville, Texas. The full-scale function test simulated the active winching release process of the rig hauling in its mooring line until the DQR assembly contacted the fairlead, triggered the release mechanism and released the mooring line. The DQR is an in-line mooring component with a simple mechanical release feature that allows a vessel to separate from its mooring system while the lines are under tension. The system allows the rig to safely and efficiently offset or depart from a moored location in an emergency, with or without the use of support vessels, alleviating the need for waiting on vessels to mobilize and arrive. The DQR can be used with any anchor foundation.

A new joint industry project (JIP) has been launched to progress camera technology that could deliver significant savings during drilling operations. The Industry Technology Facilitator has launched the project with Australia-based Clearview Well Services with the support of two global oil and gas operator members.

Clearview will build a prototype to live-test its CDFC, a new multi-function camera that for the first time will carry out jet blasting during visual inspections. The technology requires approximately 50% less rig time than traditional methods.

Fairmount Santrol announced at the 2015 SPE Annual Technical Conference and Exhibition, held in September in Houston, that the company’s self-suspending proppant technology in initial field trials and resin-coated sand continue to reduce the cost per barrel of oil equivalent while producing more oil and gas. 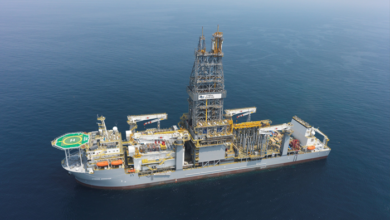 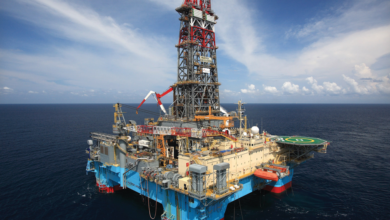 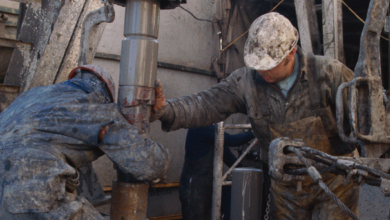