Long-term stability is key to restoring confidence in the oil market, giving producers adequate returns and sufficient revenues to make investments that are necessary for future capacity expansions, according to OPEC’s Secretary General.

Speaking on the sidelines of OPEC’s World Oil Outlook launch at ADIPEC 2016, H.E. Mohammed Barkindo said that stability plays an instrumental role in driving investments into future petroleum output expansion, which will be critical to meeting the world’s growing energy demand.

“The future potential for energy providers is huge. No doubt, there are challenges and uncertainties that we will face, but there are also tremendous opportunities, and they all equate to growing demand on all forms of energy – that is oil, gas, renewables, coal and nuclear – to meet the burgeoning demand levels,” H.E. Barkindo said.

Figures from OPEC’s 2016 World Oil Outlook report show that global energy demand will increase by 40% by 2040, with oil and gas accounting for a substantial share of this rise. From the perspective of oil, OPEC sees demand increasing by around 17 million bbl/day.

“To meet the forecasted expansion in demand, the industry will naturally require significant investments. It is then essential for us to continue working towards securing orderly and stable markets with prices at levels that are conducive to a healthy and prosperous future for all concerned in the industry,” H.E. Barkindo added.

An estimated US$10 trillion in investments are required by 2040, according to the World Oil Outlook, driven by the continuous growth of the global economy, which will more than double in size during the same period. That, combined with a growing world population that is set to reach over 9 billion, will create a high demand for modern energy services to fuel socio-economic development. It estimated that about 2.7 billion people still rely on biomass for their basic needs, while some 1.3 billion have no access to electricity.

“Stability is necessary in order for us to plan for the future with relative certainty,” H.E. Barkindo concluded. “We need stability for investments and for future petroleum output expansion to flourish. We need stability for economies around the world to grow and especially to provide access to modern energy services for those currently without them. And we need stability to give producers a fair return from the exploitation of their exhaustible natural resources. Without question, stability is the key to a sustainable global energy future for us all.” 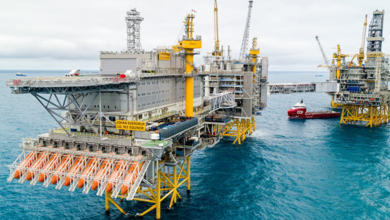