The final Well Control Rule from the US Bureau of Safety and Environmental Enforcement (BSEE) has been out for more than six months, and BSEE has addressed thousands of pages of comments since then, Doug Morris, BSEE Chief of the Office of Offshore Regulatory Programs, said. “We think we ended up with a good rule, with the correct balance. Our goal is improved safety and not shutdown of operations,” he said during a presentation at the 2016 IADC Annual General Meeting in Scottsdale, Ariz. on 3 November.

Mr Morris noted that BSEE has adopted a web-based question and answer process. “When a question comes in, we have a multidiscipline team that develops a response,” he said, noting that BSEE has already posted about 80 responses to questions. “If anybody has any concerns related to interpretations of the regulations, it might take us a few weeks to get responses posted, but we do have a process in place. I think that will help everybody and make sure everybody is on the same page.”

BSEE’s current priority related to the Well Control Rule is to issue a guidance on qualifications for third-party verification agencies, he added. “We still get a lot of questions on this, and we hope to have a draft available for comment in the next month or two.” One workshop has already been held on the rule, and additional workshops could be held next year to provide the industry with more clarity, if needed. “We may have more in the future if there’s recognition that regulation can address other contingencies.”

In the meantime, if companies are still uncertain about whether operations will be complaint with the rule, Mr Morris said BSEE encourages companies to continue to use the Alternative Compliance and Departures provisions for project-specific engineering. In the event technology or equipment is not specifically outlined in regulation, the provisions allow for project-specific safety reviews to ensure equipment proposed for use is designed to withstand operational and environmental conditions in which it will operate. “These provisions have been in the regulations since 1988. We encourage people to use those, and they have in fact been used quite often since the rule was published.”

Aside from the Well Control Rule, BSEE is also considering a range of initiatives for the future, including BOP testing intervals. This is currently set at every 14 days, but Mr Morris noted that there had been significant efforts by the industry to move the testing requirement to every 21 days. The issue was considered during the rulemaking process for the Well Control Rule, he said, with BSEE asking the industry to provide data or technical analyses that would support the change. “Unfortunately we didn’t get much,” he said. “We didn’t get enough of the substance that we needed to make the change, so it stays at 14 days.” Still, Mr Morris acknowledged that with the potential cost savings at stake, the issue is likely to be revisited again in the future.

Mr Morris listed several other topics that are under BSEE’s consideration: guidance on real-time monitoring; early kick detection technology; training/human factors; increased data analysis of leading indicators; and risk assessment methodology. On training and human factors, he noted the work that IADC has done in this area and pledged that BSEE will “stay engaged.” BSEE also is working with NASA to determine whether the risk assessment methodology used in the space industry can be applied in the oil and gas business. “We hope to have a draft document ready for public comment in a few months,” he said.

Collaboration with international regulatory groups is also high on BSEE’s agenda; this is primarily done through the International Regulators Forum (IRF), which recently met in October in New Zealand. “The hot topics in New Zealand included a discussion of the bolting and connector failures in the US. It continues to be a hot topic not only in the US but also in places like Australia,” Mr Morris said. Other topics of discussion included asset integrity in a low-price environment, standards development and data sharing. 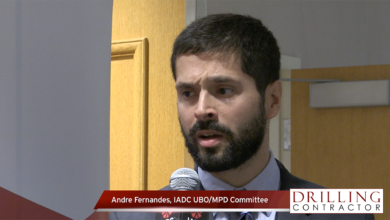 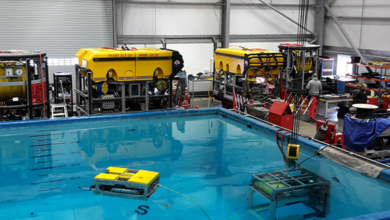