After holding the IADC Drilling Africa Conference in cities such as Paris and Lisbon in previous years, this year IADC took the event to the African continent – in Cape Town, South Africa. Oil and gas drilling is only just starting to take off in this country, but it already stands at the threshold of extensive E&P activities in the next few years, Mthozami Xiphu, Chairman of the South African Oil and Gas Alliance (SAOGA), said in a keynote address at 2016 IADC Drilling Africa on 15 February.

Oil and gas may be new to the country, but there is a long history of exploration here, Mr Xiphu said. “That history started, just like in many other countries, over thousands of years ago with mineral exploration by indigenous populations. Our exploration history was given a big boost by the discovery of diamonds in 1867, and they discovered gold in 1896.” This was followed by the adoption of early steam-driven rigs, used to drill extremely deep gold mines. “This launched South Africa onto the world stage in terms of mineral exploration and drilling technologies,” he said.

Organized search for hydrocarbons in South Africa started in the 1940s, Mr Xiphu said, followed by the establishment of the national oil company, Soekor, in 1965. The NOC explored onshore areas in the Karoo, Algoa and Zululand basins. “After the passing of the Mining Rights Act in 1967, concessions were granted to a number of international companies, including Total, Gulf Oil, Esso, Shell, Arco, CFP and Superior. This resulted in the discovery by Superior of gas and condensate in the GAA 1 well situated in our Pletmos basin in the south coast of South Africa.”

In 2001, a new state oil company, PetroSA, was formed by the merger of Soekor with Mossgas. Then, the Mineral and Petroleum Resources Development Act was passed in 2002 and became operational on 1 May 2004. “Since 2004, as people gained confidence in the system of South Africa in the fiscal stability, legislative stability, institutional stability, a lot of international companies started coming into the country,” Mr Xiphu said.

Concerns have arisen recently with the government’s proposed reforms to that law, however, as a bill that is currently under consideration does not provide investors with a reasonable degree of comfort that the government will not jeopardize the value of investments through regulatory fiat. “I will acknowledge that the proposed amendment of this act by the government has led to some hesitation by some of our IOCs and even some of our own national companies in investing due to the uncertainties that amendment act has brought about,” Mr Xiphu said. “I must hasten to say though that this is a matter under current discussion between industry and the government to an extent that we hope that those issues will be resolved toward the end of this year.”

Regardless of current uncertainty, however, the South African continental shelf remains busy. Cairn, for example, is working with PetroSA and planning to drill five wells between 2017-18 in 3,500-4,500 m water depths, according to Mr Xiphu. Near South Africa’s border with Mozambique in Block 2, Thombo Petroleum is expecting to drill an exploration well and possibly four additional wells. Shell, too, is looking to the deep sea. “Their governmental authorization has been granted, and they are also looking at depths of 2,700 m to 3,000 m below the sea floor and will be drilling between 2017 to 2020 using the summer periods because our metocean conditions can be quite treacherous,” he said.

Looking forward, Mr Xiphu emphasized that South Africa is focused on what the government calls Operation Phakisa. It is a results-driven approach that involves setting clear plans and targets, ongoing monitoring of progress and making the results public. “It has become something more of an ideology that has prodded government partners to work faster to look at whether the licensing regime that we have meets aspirations we have set; whether the time lines that we have set are at international standards; whether the readiness of the country for the licensing and monitoring of exploration is at international standards and sufficiently protective of our environment.”

Under Operation Phakisa, the goal is to create a suitable environment so that 30 exploration wells will be drilled in the country over the next decade. “We trust that we will be getting your cooperation, your support, your skills development, you capacity development and, most importantly, your investment toward the realization of these aspirations,” Mr Xiphu said to Drilling Africa attendees. 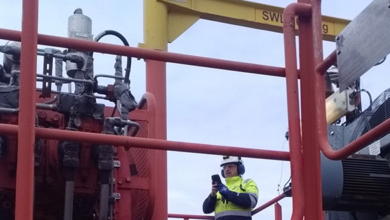