To drill a gas-injector well that would support two high-rate producing wells on the Agbami field offshore Nigeria, Chevron and Pacific Drilling decided to conduct two close-proximity SIMOPS drilling and completion operations. More than 80 million barrels of incremental production stood to be gained, but risks had to be identified and mitigated. “One of the things that we agreed upon early was to make data-driven decisions,” Jimmy Jeansonne, Operations Manager Drilling & Completions Operations for Chevron, said in a presentation at the 2016 IADC Drilling Africa Conference in Cape Town, South Africa, on 16 February. He cited this data- and information-driven approach to decision making as one of the critical factors that led to the project’s success.

Scheduling considerations in terms of equipment availability and limited drilling locations also were factors in the decision to conduct the close-proximity operations. In the first operation, the Pacific Bora drillship would drill in close proximity to Chevron’s FPSO. In the second operation, the Pacific Bora and Pacific Khamsin drillships would operate in close proximity to each other, as well as the FPSO.

“To adequately assess the risks, we had 10 separate risk assessment sessions where we engaged a variety of stakeholders and subject matter experts,” he explained. These included everyone from Chevron’s asset development teams to facilities engineering teams to production operation teams, from supply management to HSE to the legal department. Corresponding groups at Pacific Drilling, as well as government partners, were included in these engagement sessions, as well.

Despite such low probabilities, the team recognized the project’s potential for high consequences. Multiple risk mitigation measures were identified through engagement sessions with stakeholder and subject matter experts, Mr Jeansonne said. For example, two tugs were hired to arrest any rig excursion. “We used ABS, as well as Chevron and Pacific marine experts, and worked together to properly size the tugs that we needed to control the rig in the event that we have a drift-off or drive-off,” he explained. “Secondly, we did extensive drills with those tug boats to make sure the crews knew exactly how to respond, could respond, in the quickest manner.”

For the second operation in which the two drillships would be working in close proximity to each other, DP officer coverage was increased on each rig. The team also ensured there was a clear command and control structure in place in the unlikely event of a DP issue. “In our case, we decided that the Pacific Khamsin Master would be in charge of both rigs in case of a situation related to DP or well control situations,” Dick Verhaagen, VP Africa for Pacific, said.

Under Operation Phakisa, South Africa hopes to drill 30 exploration wells in next decade 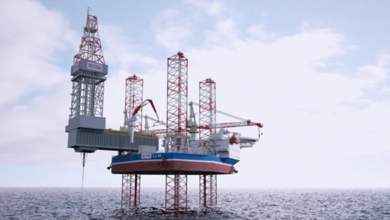 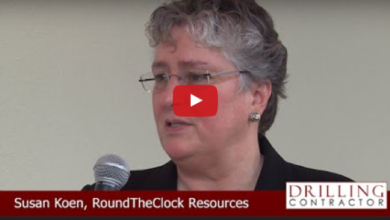 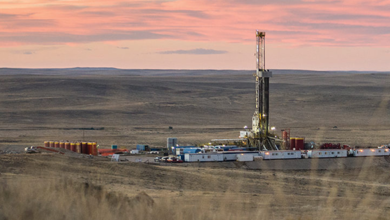