The first deployment of a managed pressure drilling (MPD) application in an exploratory high-pressure and high-temperature (HPHT) drilling campaign in the Niger Delta was truncated by a significant kick incident. The plan for the MPD deployment entailed drilling the HP interval with a bottomhole pressure (BHP) or set point that is equivalent to the maximum pore pressure prognosis.

During the drilling operation, transient dips in BHP below the set point resulted in a significant gas influx from the highly permeable reservoirs. An investigation showed human factors and the limitations of conventional annular pressure monitoring (APM) tools as contributory factors. A strategic approach to manage identified issues from this deployment led to significant performance improvements for the successful second deployment.

During the drilling operation, the increase in BHP due to the equivalent circulating density (ECD) was between 1.0 to 1.3 ppg; this value was higher than simulation result. This meant that the planned set point could be achieved in dynamic mode without the application of surface backpressure.

However, in the static condition, it was still necessary to apply 1,000-psi backpressure as planned. The implication of this change was that the MPD choke was required to close from a fully opened position to a partially closed position sufficient to achieve the required backpressure. This change in modus operandi of the MPD resulted in sluggish choke movement and consequent transient dipping of the BHP below the set point.

The pressure encountered in reservoir H2 when it was penetrated was equivalent to the set point, so the dipping of the equivalent static density (ESD) below the set point resulted in gas influxes into the wellbore, which resulted in a total kick volume of 304 bbl. The inability of the MPD to maintain set point was aggravated by noncompliance of personnel to procedures and the limited resolution of real-time data from the conventional APM tool.

The incident review indicated that successful deployment of MPD hinged on improving the quality of procedures and compliance, crew competence, de-risking the impact of cultural biases of the multinational crew and equipment performance (MPD reliability on surface and quality of downhole data acquisition with logging tools). To manage the various aspects, an operation improvement plan was developed and implemented along the themes of procedure, people and equipment.

Procedure improvement was achieved by focusing on the quality of the HAZID/HAZOP exercise, the development of MPD wells master bow-tie, the review of set point management philosophy, real-time pore pressure model recalibration and management of change.

The initial HAZOP exercise did not identify all the nodes where deviations in the system could have significant consequences on the MPD functionality. To improve the process, a second HAZOP exercise was conducted with a multidisciplinary team. Participants included a HAZOP facilitator, MPD engineers and consultants, drilling engineers and rig crew members. All the actions from the more robust and systematic HAZID/HAZOP exercise were fully closed out before commencement of MPD operations.

To improve risk management, an MPD well control bow-tie was developed to ensure all process safety risks and consequences were identified, barriers were put in place to limit the risks and consequences to ALARP and appropriate barrier owners were identified. Prior to drilling the HPHT section, the bow-tie was rolled out on the rig in a series of training sessions of the barrier owners.

Set point management was improved by revamping the initial set point philosophy, which assumed that it was possible to achieve a single BHP value with MPD while switching from dynamic (pumps on) to static (pumps off) conditions. Review of annular pressure data from this operation, however, indicated that the BHP was not maintained at a single value during the transition period. Instead, it varied between maximum and minimum values.

The range of values of the BHP was primarily influenced by the bleeding-off of residual standpipe pressure, the speed of the MPD choke when closing, and the performance of the MPD software at low pump strokes. Standpipe bleed-off was improved by introducing manual choke in the bleed-off line. The choke speed was improved by locating the snap/sweet position for the choke during fingerprinting.

The combination of auto and manual choke operation modes helped in resolving issues around the software limitations at low pump strokes. The implementation of the new plan enabled BHP fluctuations to be kept between the shoe strength (maximum value) and the pore pressure (minimum value), while maintaining appropriate safety margins at both ends.

To enable real-time pore pressure model recalibration, additional logging tool operations were carried out. These included a formation pressure-while-drilling tool and look-ahead vertical seismic profiling. Data from the logs were used to carry out basin model revalidation in real time.

On management of change, a key lesson from the first deployment was the weak implementation of change management procedure with respect to the decision to eliminate the surface backpressure due to higher real-time ECD. Every change was subsequently subjected to documented risk analysis before proceeding with operations.

Human factors attributable to cultural biases of the multinational crew and low HPHT/ MPD competence were major escalation elements in the kick on the first well. To manage the influence of cultural bias, a communication protocol was developed detailing the flow of information and accountability during various aspects of the operation. Clarity from the communication protocol included simple facts, such as authorization of the driller to shut in the well without consulting the toolpusher or MPD operator.

To boost competence, training sections were held on the MPD bow-tie, helping the crew to take ownership of assigned barriers. Extensive and mandatory classroom trainings on general HPHT/MPD operations were carried out, in addition to drills and fingerprinting exercises. HPHT/MPD consultants were available on site to provide 24-hour supervision.

Equipment performance enhancement involved the deployment of a high-resolution APM tool, which provided ESD data on a time scale in real time. This made it possible to overlay activities carried out during pump-off events on the BHP responses as recorded by the APM tool. Better understanding of the impact of each activity on the BHP was useful in modifying the procedure for bleeding off residual pressure in the standpipe.

The APM data also showed that when the MPD equipment is operated in auto-choke mode when going from dynamic to static mode and vice versa, transient dips occurred at low mud pump strokes. To mitigate the software limitation, the MPD choke was operated in a combination of auto-choke mode (at pump strokes greater than 10 strokes/min) and manual backpressure mode (at pump strokes less than 10 strokes/min). This kept BHP fluctuations within the allowable range. Fingerprinting of the MPD choke was carried out to determine the choke sweet/snap position and the correction of multiphase flow impact on the performance of the Coriolis meter.

The implementation of the various initiatives resulted in successful deployment of the MPD technology on the second well in the HPHT exploration campaign. Throughout the drilling operation on the second well, the set point range during connections was safely maintained within the limits of the shoe strength (maximum BHP) and the pore pressure (minimum BHP). The well was safely drilled to TD, achieving technical and exploratory successes. DC

This article is based on SPE/IADC 190012, “Optimizing MPD Performance in Highly Permeable Exploratory HPHT Reservoirs: Dealing with Human Factor and Technology Limitations,” from the 2018 SPE/IADC MPD and UBO Conference, 17-18 April, New Orleans. 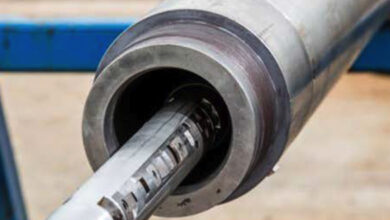