Operational, logistical and financial implications mean that a phased-in approach is likely needed for BOP bolting change-outs related to API 16A, 16AR and 20E

Over the past 18 months, there have been several revisions to the guidance, specifications and standards released by the American Petroleum Institute (API) relating to BOP and well control equipment (WCE). Previous industry incidents and issues prompted these revisions, as well as a more holistic approach to the design, inspection and traceability of this safety and environmentally critical equipment.

The BOP- and WCE-associated API documents that were revised and updated are:

All three API documents are linked and refer to each other through normative references.

API Spec 16A is concerned with the performance, design, materials, testing and inspection, welding, marking, storage and shipping of drill-through equipment. The specification primarily relates to newbuild equipment.

API recognizes drill-through equipment to include:

• Drilling spools and adapters; and

• Clamps and API 6A flanges.

Quality assurance, traceability and the maintenance of equipment and records are themes that appear throughout these three API documents.

This can be explained through several recent incidents where well control equipment, materials and specifications have been demonstrated as root causes for equipment failure.

Failures were identified with bolted connections on BOPs and risers as far back as 2003. To assess the ongoing issues, the US Bureau of Safety and Environmental Enforcement (BSEE) assembled a team of experts to study the issues and main contributory factors. This team, Quality Control – Failure Incident Team (QC-FIT) – was tasked to investigate the known failures and to provide research into possible causes, with the goal of providing mitigation recommendations to the industry.

The failures identified by the BSEE QC-FIT investigation were identified as being caused by hydrogen-induced stress corrosion cracking (SCC) due to hydrogen embrittlement.

During the subsequent investigation, issues were identified with the quality control (QC) and quality assurance (QA) of the second- and third-tier contractors providing the manufacturing, heat treatment, design and material properties (hardness) of the connector bolts. The findings of the 2012 QC-FIT investigation resulted in the requirement to change any faulty bolts on equipment used in the Gulf of Mexico Outer Continental Shelf, and replacement bolts specifically for the H4 LMRP connectors were distributed worldwide.

A joint task group was formed with API and BSEE to investigate further the issue of bolt failures and mitigation for future operations. Following voluntary industry adoption of API 20E (for critical BOP bolting and replacement of critical bolting having a hardness of greater than 35 HRC), the requirement for further compulsory QA/QC processes for BOP critical equipment and bolting was detailed with API Spec 16A and Spec 20E in the 4th Edition, effective February 2018.

API Specification 16A – Specification for Drill-Through Equipment, 4th Edition, provides the industry guidance for the following processes of drill-through equipment:

• Quality control for personnel involved in the process;

• Quality control and maintenance of records;

In a wider context, quality control failures are not restricted to the oil and gas industry. History has shown that where the traceability of equipment or maintenance systems was incomplete and personnel competences not maintained, the usual end point is equipment failure. This has been observed in the construction and aviation industries and in offshore drilling.

Aberdeen Drilling Consultants (ADC) considers, through discussion and feedback with API, that implementation of the above standard is critical in mitigating further equipment failures with subsea BOP systems. However, the practicalities of regulatory or contractual adherence from the effective date of API Spec 16A may not be a workable option in certain areas.

Certain aspects of the specification can be implemented relatively quickly and are not excessively cost restrictive, such as maintenance of records and QA/QC of personnel and third-party providers. However, assurance of BOP bolt specifications and equipment markings, in accordance with API Spec 20E, would rely on significant operational, logistical and financial constraints if implemented immediately.

API Spec 16A and API Spec 20E require that all critical BOP bolting is marked with “20 E2” or “20 E3” and the unique heat-lot identification. From its experience with previous inspections, ADC has observed that the markings, traceability and individual bolt identification has not always been achievable. Either due to installation location, corrosion or wear and tear on the surface of the equipment, unique identifiers were not always readily available. Additionally, individual studs and bolts were changed out due to damage or over-torqueing, which left the BOP with several variations and batched bolted connections.

Additionally, with the requirement for equipment owners to change BOP bolting, supplies of suitable and appropriate bolting assemblies would be challenging in both protracted lead times for equipment delivery and financial overheads or layout required.

Therefore, the provision and installation of acceptable bolting would require, in ADC’s opinion, to be phased in, albeit with appropriate temporary mitigation in place with regards to the traceability and equipment suitability of the bolting currently installed.

Through review of the ADC Trams Analytics System from data gathered from inspections carried out from 2014 to 2017, it was observed that 15-20% of all BOP-associated non-conformances and non-compliances were due to a lack of suitable traceability of equipment, either in the form of a lack of unique equipment identification or issues and discrepancies within the maintenance records and certification. With the implementation of API Spec 16A requirements throughout the industry, it would be expected that these non-compliances would be reduced or removed through greater emphasis on material and equipment traceability and marking.

ADC is currently in dialogue with operators and rig contractors on the best way forward to achieve temporary mitigation and compliance with API Spec 16A while plans are made to change the critical BOP bolting to conform with API standards.

Change-out of BOP bolting during operationally appropriate periods would be essential to be able to plan effectively and efficiently. Scheduled special periodic survey (SPS) periods or extended between-well maintenance (BWM) periods would allow the equipment and personnel to be available without requiring unscheduled retrieval of the BOP.

In the interim period, appropriate mitigation processes would be expected to be in place. Examples of such processes, which ADC has witnessed and considered as practical forms of risk reduction, are the use of portable phased array acoustic imaging systems to examine the bolts in-situ and portable hardness testing of installed studs and nuts when the BOP equipment was on the surface.

Both methods provide a level of risk mitigation in the interim period prior to bolt change-out, which would, in the spirit of API compliance, be acceptable until full compliance is achieved through bolt replacement.

ADC has witnessed several methods of operator and contractor API 16A compliance mitigation. Each method has been derived from different contractor requirements or equipment circumstances.

Where equipment has recently undergone OEM recertification, pre-2017, the mitigation through traceability and BOP OEM assurance has been agreed contractually between the operator and contractor (BOP owner). This was further mitigated, contractually, by planned bolt change-out at the next appropriate intrusive inspection period.

It has also been observed that, where contractors are carrying out a pre-contract five-yearly SPS, BOP bolt change-out has been carried out in either a full change-out program or agreed partial change-out to the critical pressure-retaining component bolted connections. This form of agreed contractual program was dependent upon receipt of adequate quantities of compliant bolting and, where the quantities did not allow for total change-out, an alternative scheduled plan agreed between operator and contractor.

At this time, ADC has witnessed few rigs where the availability of replacement bolting has coincided with a suitable operational period that has allowed the entire BOP bolted connections to be changed out. This work was, however, organized effectively, and the process was successfully achieved within a six-week period. The process was, however, manpower-intensive and a critical path item in the overall workscope of the SPS. The efforts made by the contractor were considered contractually attractive to the operator in the overall rig contract process.

The differences in BOP bolt change-out planning between operator and contractor has been due to the following circumstances and considerations:

• Availability of a suitable non-operational rig period when the work could be carried out; and

In summary, a useful and practical analogy for the changes and requirements of API Spec 16A would be the purchase of a very expensive and technically advanced sports car.

In the purchase of a very expensive luxury sports car, it would be expected that the buyer has carried out research confirming the model and manufacturer of the car to be genuine. The car contains only original or approved equipment, and the manufacturer can be relied upon to prove that all design, manufacture and maintenance has been carried out to the appropriate standards by personnel who are trained and competent in their field. The car is ultimately safe to drive, and the design has a proven reliability. Where spare parts are required, all spares are authentic and approved for the design. To ensure many happy miles of driving, the owner sends the car in for servicing and product changes, as and when the manufacturer recommends. Finally, the car’s maintenance log book and documentation package, including warranty documents, are complete and up to date.

The same approach should be given to safety-critical BOP equipment. DC 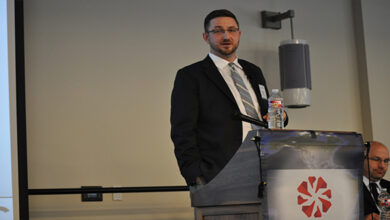 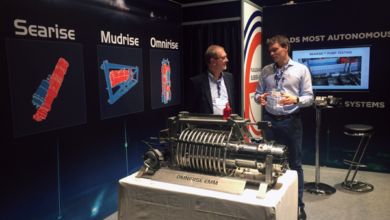 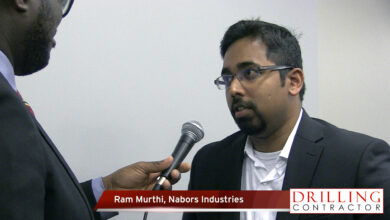