Rig markets are no longer local. As the global economy and operators’ drilling programs dictate, more and more drilling contractors are finding themselves going into unfamiliar countries with unfamiliar cultures and business practices. For operators, the need to move into new territories may be even more crucial as they seek access to economically recoverable reserves.

In recent years, corruption and bribery issues have pushed to the forefront. For companies in the oil and gas industry, trying to manage anti-bribery and to comply with various laws can be a tough task when operations are so diverse and moving personnel/equipment in and out of countries is an everyday occurrence.

Drilling Contractor spoke with Alexandra Wrage, president of Trace International, on what challenges the industry faces and strategies they can take to address anti-bribery. Trace International is a nonprofit association that pools resources to provide practical and cost-effective anti-bribery solutions for multinational companies.

DC: What are the challenges you see the drilling industry face around the world with anti-corruption?

We refer to that as the hassle factor. They may not be huge amounts of money, so there may be a temptation to just pay it. But the legal risk associated with that is just too great now. Instead, companies find themselves embroiled in endless small disputes over often very petty sums.

DC: What should companies do when faced with demands for petty sums?

Wrage: They have to take a very strong stand because if they don’t, they just mark themselves as targets for the next round. Government officials who are on the take figure out pretty quickly which companies pay and which don’t. If you give in and pay, chances are good that you’ll wake up the next morning and find a whole line of government officials outside your door.

And this is always surprising to people, but companies get a very strong reputation either as a company willing to make these payments or a company that refuses to make them. I spend a lot of time in places like Nigeria and Equatorial Guinea and Yemen, and when I ask government officials which companies pay and which don’t, they can name them. If you have a reputation as a soft touch, you’ll have far more demands.

Obviously, you never want to endanger anyone’s health or safety, so that’s always the exception. Otherwise, you have to take a very strong zero-tolerance policy and mean it. If they keep asking and asking and eventually wear you down, all you’ve done is teach them stamina. You just told them to hang in there.

DC: What about companies worried that if they don’t pay, they won’t get access?

Wrage: That’s usually the first response you get from a company that has been paying – “We don’t believe we can do business if we don’t pay.” But that’s just not borne out by our experience at all. We have over 150 members companies (at Trace International), and oil and gas is our largest community. There are a lot of success stories if you talk to oil and gas companies and oilfield services companies. In fact, there are very few stories that don’t end in success. They do require commitment, resources and management will. You can’t tell your employees, “We’re going to give this a try.” You have to be determined to do it.

In some really tough communities, like Kazakhstan, companies that haven taken a really strong position found that they get pushed around for about 30 days, then the demands just stop. That’s not me being naïve.

They really do, and we have companies that vouch for this.

The rationale is if you are an entrepreneurial bribe taker and you want to enhance your standard of living, you go back to the companies that pay – you don’t waste time on companies that don’t.

DC: So they pick on the weak ones?

Wrage: The companies that do pay often strut around like it’s a sign of incredible business management, but they’re just being complicit in their own extortion – which is a very strange business model.

DC: Are you seeing companies in the oil and gas industry take specific measures to prevent corruption in their own company and among their own employees?

Wrage: Absolutely. There are companies rolling out very sophisticated anti-bribery programs and getting high-level commitment from management. But even something as simple as a companywide e-mail from the CEO saying they would rather walk away from business than risk an illegal payment can make a big difference.

I spend so much of my time in the developing world, and I see that the people on the front lines are more fed up with (bribery) than headquarters. It is absolutely exhausting to live in a climate where someone is asking you for payment at every turn – sometimes to get through a checkpoint, sometimes to get your own furniture released, or if you want to get a local drivers license. There are millions of ways that government officials can extort payments from you.

DC: So you do see that bribery and corruption are more prevalent in the developing world?

Wrage: The payers are everywhere in the world. There’s no country immune from it. However, typically, the controls in democratic, developed countries prevent the opportunity (for bribery). I’m not suggesting that the police of one country are more moral than police in another country, but there are just more opportunities. If it’s a free for all where the very president of the country is on the take, the message he’s sending all the way down the chain of command is, it’s every man for himself, make a grab for it. Certainly the demand side is far more prevalent (in the developing world).

DC: Are those countries trying to improve and stop corruption?

DC: Are stronger and better anti-corruption laws taking shape around the world?

DC: What are some common mistakes companies make in trying to comply with anti-bribery laws?

Wrage: Focusing on just (the oil and gas) industry, I think an insufficiently organized effort. There are a lot of good, decent people in large companies saying we shouldn’t do this, but there isn’t a plan. There isn’t a consistent message.

Some people say, ‘So you have a policy against bribery, big deal.’ But it is a big deal. If the people on the front lines don’t have that to point to, they can’t say, ‘I understand this is the way business has been done in this country in the past, but I can’t do it. I’d risk my job.’ It doesn’t have to be an adversarial or big ethical discussion with the officials. It’s just, we just can’t do this, the risk is too high.

You have to give employees a strong centralized compliance function that backs them up every step of the way. So many companies have good intentions, but they don’t have good programs.

The ingredients of a good compliance program are not that complicated: the message, the training, the auditing, the hot line so they can ask for help when they’re in a difficult situation. They’re not complicated, but, in order to work, they need to fit together as a whole. I think with this industry in particular, that’s what I see most. It’s not a lack of will. There is a high level of frustration with corruption in this industry.

I get frustrated when I see surveys say oil and gas and aerospace and defense are the dirtiest industries in the world. And I say, no, they’re really not. Those are two industries that I see consistently doing more than anybody else.

Ms Wrage is chair of the Women in International Regulatory Law Steering Committee, co-chair of the American Bar Association’s Anti-Corruption Committee, vice chair of the Association of Corporate Counsel’s International Legal Affairs Committee, and a member of the Working Group for the United Nation’s Global Compact 10th Principle. She has been a guest speaker at a recent meeting of the IADC Ethics and Corporate Compliance Committee and is scheduled to discuss anti-bribery at the 2008 IADC Annual Meeting, 6-7 November in Scottsdale, Ariz

Black Sea, Caspian, Mediterranean bustling with exploration but still has much to prove 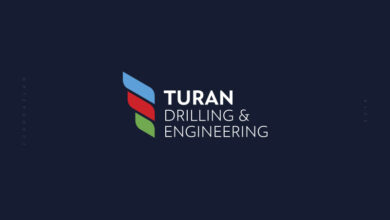 16 contracts tendered in Mexico’s Round 3