As 2011 begins, the Asia Pacific region is experiencing a change in the drilling climate. Deepwater, already driving increased expenditures in 2011, will figure more in exploration activity, said Ganesh Dabholkar, analyst for GBI Research. In the offshore sector, rigs are being used to support shallow-water discoveries in China, both shallow and deepwater finds in Australia, and deepwater prospects in India. Use of premium-class jackups (independent leg cantilever units that operate in waters exceeding 350 ft) is on the rise.

He also noted that 80% of the installed jackup fleet in the region is still considered low specification, and only 20% to 25% is the high-specification or premium/ultra-premium type. The highest average dayrates in the Asia Pacific region for deepwater drillships range around $420,000 – $430,000.

As far as rig utilization, he said, Australia has 80% of its rigs working; the Far East (majority China) has 71% rigs being used; and 91% of rigs in South Asia (majority India) are working. Rig utilization in Southeast Asia is 74%.

Against this regional backdrop, DC spoke with several companies to gauge activity and health of the Asia Pacific drilling market.

Nguyen Xuan Cuong, vice president and COO of PetroVietnam Drilling (PVD), sees a steadily growing jackup rig market in Asia Pacific along with a rising need for deepwater units. PVD currently has six high-spec jackups in the region, with five working and one warm-stacked. Three rigs are owned and operated by PVD, and the other three are operated with partners. The company also has one land rig in Algeria and one tender-assisted semisubmersible under construction, to be launched in October this year.

The units are at work drilling myriad types of wells, including basement, vertical, horizontal, extended-reach, sidetrack and HPHT. Almost all of the exploration activity in Vietnam is offshore, with the exception of a small onshore gas field. According to Mr Cuong, jackups ranging from 300-ft to 400-ft independent leg cantilever will be the most needed units while semisubmersibles and other floaters will be contracted on a short-term basis or on farm-in/sublet basis among operators.

“We can see increasing preferences of high-class rigs from most operators,” Mr Cuong said. “In the short term, the dayrates for jackups will be fluctuating between $115,000 and $130,000.”

Currently, all of PVD’s jackups are operating under long-term contracts with clients in Vietnam. PV Drilling I, a KFELS Mod V B class jackup capable of operating in 300-ft water depths, is working for Hoang Long JOC, whose partners include PetroVietnam Exploration and Production, PTTEP and Soco International, on the development of the TGT (White Rhinoceros) field. PV Drilling II, a 400-ft jackup, is at work for Petronas Carigali Vietnam on the development of the Pearl and Topaz fields. The 400-ft PV Drilling III jackup is on contract to Vietsovepetro, a joint venture between Vietnam and Russia.

“Access to markets for international contractors will be important, particularly in Indonesia, where tax and local content issues are complicating entry for some contracts,” Mr Drew said. “The dayrates for rigs in the region have remained strong relative to other areas, which indicates that demand has remained steady, particularly in light of the fact that the new rigs in the jackup fleet are mostly coming out of yards in the Far East and hence are targeting this market in the absence of strong dayrates and mobilization fees to other regions.”

“We are seeing demand for new iron in particular. A lot of jackup contract tenders are specifying that rigs must be newer rigs rather than those built in the main jackup build period of 1979 to 1984,” Mr Drew noted.

Bob Mankin, Maersk Discoverer rig manager for Maersk Drilling and chairman of the IADC Australasia Chapter, noted that his company has three units operating in Australia along with one unit in Brunei and one in Vietnam. The fifth-generation semi Maersk Discoverer is working offshore Australia on a contract for Woodside Petroleum, and the sixth-generation semi Maersk Deliverer is drilling for gas on the North West Shelf of Western Australia. It’s the big gas contracts that are receiving the biggest focus in Australia, he said.

One peculiar thing about the region, according to Mr Mankin, is that, with the majors (such as Shell, Chevron, Hess, Woodside and ExxonMobil) operating there, many small operators struggle to afford chartering a rig. As has been seen in the North Sea market, small operators are putting together rig clubs to charter a rig for one or two years and share it among six or seven wells.

The strong regulatory environment under which drilling is conducted in Australia has also increased in stringency. The National Offshore Petroleum Safety Authority (NOPSA) sets some of the world’s highest standards around the world, according to Mr Mankin. “However, drilling contractors today drive our own standards in QHSE performance. It’s a corporate moral and ethical requirement for us to work to the highest standards that we can. We’re all trying to do the same thing – that is, to improve our QHSE performance and operate globally to the same standard.”

Nabors is in the process of mobilizing three modular workover and drilling rigs to India to add to the one already operating there, and modular rigs are expected to be in use in Australia’s  Bass Strait, where drilling activity is expected to increase. Nabors also continues to operate land rigs in Australia, Brunei, China, India, Indonesia, Thailand and New Zealand.

Weatherford International Ltd expects to see an increase in deepwater and HPHT exploration activities in Asia Pacific, said Steve Nas, regional engineering manager Secure Drilling Services. With the increase in deepwater exploration and the wide presence of the fractured carbonates in the region, there is likely to be an increased requirement for use of managed pressure drilling systems that allow techniques for drilling and for providing the required safety standards. The increase in HPHT developments will require new techniques with regards to pore pressure prediction, well control and relief well planning, he said.

For sustainable safety, leaders must do more coaching, less policing 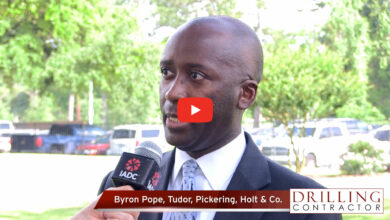 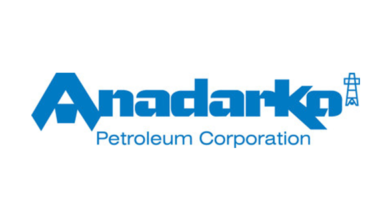