“At the heart of everything that IADC does is a commitment to enhancing operational integrity and championing better regulation. Our regional representatives are based in the same areas across the globe that our members are, allowing IADC to truly represent industry interests internationally,” said Stephen Colville, IADC president and CEO.  “IADC regional representatives, who have deep knowledge and understanding of the regulatory and legislative environment in their assigned area, are invaluable to achieving those goals.”

Besides its three Europe-based representatives, IADC also has a team of regional representatives in Australia, Asia Pacific, the Middle East and Africa.

With more than 35 years of experience with Shell, OMV, Parker Drilling and Schlumberger Business Consulting, Mr Boogaerdt is a senior oil industry professional. His experience encompasses a wide range of E&P subjects, with specific expertise in management of major oil and gas projects. In 2005, he became senior vice president of production at OMV. In 2009, he was named managing director at Parker. From 2011, he served as wells committee manager at the International Association of Oil and Gas Producers.

He has worked and lived in the UK, Austria, Norway, Malaysia, Egypt, Oman, China and the Netherlands.

Mr Atkinson has more than 40 years of experience in the industry. He previously served as vice chairman and chairman of the IADC Australasia Chapter and as vice chairman of the IADC North Sea Chapter. He began his career with Ben Line Group before joining Ben Odeco and later Atlantic Drilling. He joined Diamond Offshore Drilling UK in 1992 as technical services and safety case manager. Over the next 18 years, Mr Atkinson held various positions within Diamond across the world, including Malaysia, Singapore, Australia and Scotland.

“John Boogaerdt and John Atkinson bring with them valuable experience with which to positively impact industry interests in Europe and the North Sea, and I am proud to welcome them to our team,” Mr Colville said. 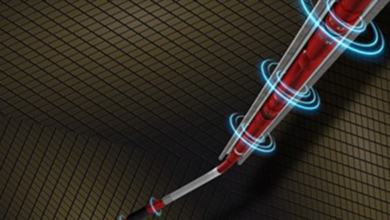