Significant development campaigns, particularly in Angola and Nigeria, continue to drive aggressive growth in West Africa, and Maersk Drilling sees the region as a market that could overtake the two other Golden Triangle markets over the next few years. “If we look at the last six months, Brazil is on a downward trend, with rigs being released, and the US GOM hasn’t really picked up on activity yet, although it remains a very strong market. West Africa has had by far the most activity,” Michael Reimer Mortensen, director of the deepwater team, commercial department at Maersk Drilling, told Drilling Contractor. “We’re seeing more exploration work by both the big oil majors and smaller independents.”

“If we look in our crystal ball towards 2025 to 2030, Angola and Nigeria have the biggest acreage that is known to be developed by the oil companies. They are in the middle of a massive increase in rig activity and development activity,” Mr Mortensen continued. To illustrate his point, he noted that Total has an outstanding tender for two new floaters in Nigeria and two in Angola. ExxonMobil in Nigeria is also carrying out an evaluation on tenders for two semis for two-year contracts. Then there are the extensions on existing contracts. In Angola, Cobalt International has an outlook for longer-term contracts, and other oil companies are carrying out surveys on rig availability and indicative pricing and pre-qualifications on fields slated for development in the next year or two, Mr Mortensen added. “Our focus is linked to our customers’ focus, and our customers are targeting Angola and Nigeria. Other markets have great potential, though exploration activity is higher than development activity. We’re seeing Ghana with some huge discoveries and some big developments.”

As testament to Ghana’s up and coming status, Hess announced in February its seventh successive exploratory well on the Deepwater Tano/Cape Three Points Block with the Pecan North 1 well. Just a month earlier, Eni had reported the successful drilling of the first oil delineation well in the Sankofa East oil discovery. They estimated the discovery has approximately 450 million barrels of oil in place, with recoverable resources of up to 150 million barrels.

The other side of the continent, East Africa is also one to watch. Several discoveries have taken place in the region over the past year, such as Statoil’s third discovery in Block 2 offshore Tanzania of 4-6 trillion cu ft, announced in March. Mr Mortensen said East Africa is an area that is often brought up in client meetings and conferences; however, he sees no “hard focus” on the part of oil companies in the near term. This is more likely a result of companies prioritizing resources in a heated market rather than a lack of attractive opportunities, he explained.

Maersk Drilling currently has two floaters in Africa. The Maersk Deliverer semi is contracted to Chevron in Angola until Q3 2014 with a 12-month option. Another semi, the Maersk Discoverer, is contracted to BP in Egypt until Q3 2016. The company also has two uncontracted newbuild drillships that could find their way to Africa upon delivery – the Deepwater Advanced III and IV are due out of Samsung’s yard in Q2 and Q3 2014, respectively. No contracts are finalized at this point, but Mr Mortensen said he sees an extended presence in West Africa for the company’s deepwater arm.

“We have a definite strategy to reach 30 rigs (total) by 2018. Short term, in the next five years, I would like to see four or more of these rigs added to our West Africa operations,” he said. “We feel it’s an exciting place to work, and we think that our way of doing business is well suited to the area.” 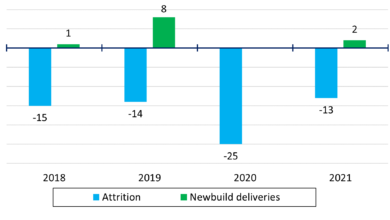 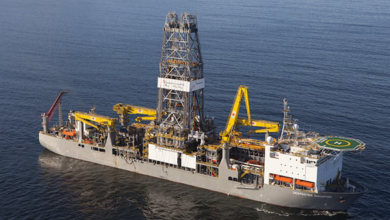 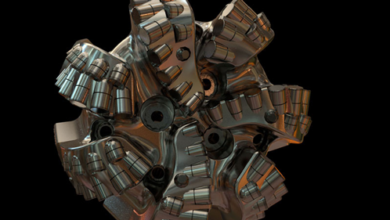