Shell has received the approval of one Application for Permit to Modify (APM) to conduct exploratory drilling activities into potential oil-bearing zones offshore Alaska at one of the wells at the Burger Prospect, Burger J. The company remains limited to the top section of the Burger V well. The announcement came from Brian Salerno, Director of the US Bureau of Safety and Environmental Enforcement (BSEE), after extensive review.

Shell submitted an APM on 6 August to modify the Burger J Application for Permit to Drill (APD), which previously restricted Shell from drilling into oil-bearing zones because a capping stack was not on hand and deployable within 24 hours, as required by BSEE. The capping stack, staged on the vessel M/V Fennica, is now in the region and capable of being deployed within 24 hours.

Shell is still prohibited from simultaneous drilling at Burger J and V, in accordance with the approved APDs, which define limitations related to marine mammal protection consistent with requirements established by the US Fish and Wildlife Service (USFWS). Consistent with regulatory requirements, a USFWS Letter of Authorization (LOA) issued on 30 June requires Shell to maintain a minimum spacing of 15 miles between active drill rigs during exploration activities to avoid significant effects on walruses in the region.

Under the LOA, Shell is also required to have trained wildlife observers on all drilling units and support vessels to minimize impacts to protected species. Shell must stay within explicitly outlined vessel operating speeds and report daily regarding all vessel transits.

The Burger Prospect is located in about 140 ft of water, 70 miles northwest of the village of Wainwright.

Maersk Drilling has been awarded a new contract for the Maersk Giant jackup with DONG Energy. The firm contract covers 150 days of work on the Nini and Siri fields in the Danish part of the North Sea.

The estimated contract value is $16 million. The contract is in direct continuation of the current contract with Talisman, keeping the Maersk Giant employed until March 2016.

“We are very pleased to continue our good cooperation with DONG Energy, one of our key customers in the North Sea,” said Claus V. Hemmingsen, Maersk Drilling CEO.

“In order to navigate the low visibility in the current market, it is essential that we reduce our exposure by securing a solid contract backlog. Therefore, it is also rewarding to see that we secure employment for the Maersk Giant, which otherwise would have been stacked.”

The Maersk Giant is an ultra-harsh environment jackup. The rig is equipped for high-pressure, high-temperature drilling and is designed for year-round operations in the North Sea, in water depths up to 107 m (350 ft) with an available leg length below hull of 132 m (435 ft).

ExxonMobil Corp has executed two agreements to obtain horizontal development rights in 48,000 acres in the core of the Midland Basin. The acreage will be operated by ExxonMobil’s subsidiary XTO Energy.

The two agreements include an acquisition and farm-in adjoining XTO’s existing acreage position in Martin and Midland Counties, providing rights to all intervals within the basin.

“We are continuing to grow our position in a prolific area of the Permian Basin,” Randy Cleveland, President of XTO Energy, said. “The recent emergence of strong Lower Spraberry results, combined with the established Wolfcamp intervals, demonstrates the significant potential of the stacked pays in the Midland Basin core.”

ExxonMobil has executed five agreements in the Midland Basin since January 2014, providing the company with more than 135,000 operated net acres.

Repsol has started the first producing well on the giant Perla field, the largest gas discovery in the company’s history and the largest offshore gas field in Latin America. According to the company, the field holds 17 trillion cu ft of gas in place.

Perla is located in the Cardón IV block, in shallow waters in the Gulf of Venezuela, 50 km offshore. The company expects to start producing 150 million cu ft/day of gas, rising to 450 million cu ft/day by the end of 2015. This gas will be used for local consumption in Venezuela.

Repsol and Italian company Eni discovered the Cardón IV block in 2009, where the consortium has drilled seven of the 26 wells planned as part of the development plan. The wells will feed four producing platforms that use underwater connections to transport the gas onshore for processing. The Cardón IV license is held by the Cardón IV S.A. joint venture between Repsol (50%) and Eni (50%).

Russian oil and condensate production reached a new post-soviet record of 10.7 million bbl/day in 2015, according to analysis from Wood Mackenzie.

Condensate was a key driver in this development. By 2018, condensate production is expected to increase by 50% compared with 2014 levels, according to the firm. This, coupled with greenfield projects and increased enhanced oil recovery activity, will continue to help stem the decline seen at conventional reservoirs out to 2020.

Wood Mackenzie forecasts that Russia’s overall oil production will remain broadly flat out to 2020, thanks to these increased condensate levels.

However, the firm cautions that condensate production will only provide growth in the mid-term. Post-2020, when the impact of Western sanctions kick in, Russia could face a sizeable production gap.

On 10 August, the steel jacket for the Statoil-operated Mariner A platform on the UK Continental Shelf left the Spanish Dragados yard to head to the North Sea.

Construction of the large platform substructure started in October 2013 and was completed in May this year. It measures 134 m high and with a footprint of 88 x 62 m. It is the largest steel jacket ever built for a Statoil project. The weight is 22,400 tonnes, including floatation tanks and rigging.

After arriving at the field, the  jacket will be launched by the barge being ballasted to a certain angle, enabling the structure to slide horizontally into the sea. Subsequently the structure will be upended and maneuvered into position by a heavy-lift vessel.

SST Energy hits one million manhours with no LTAs

SST Energy recently passed one million manhours without a lost-time accident (LTA). The company’s last LTA occurred in December 2013. Since then, the company has run an average of 10 rigs without further LTAs.

The company was able to achieve this milestone, said Bert Eldredge, SST Safety Superintendent, by changing its approach to training and safety. Beginning in 2011, SST overhauled its training program to focus on “empowering our employees to actually make decisions and changes to how the process works,” Mr Eldredge said. One of these changes was bringing random employees from each rig into quarterly meetings, where the employees would inform company management about what was and was not working on their rigs and where they felt the shortcomings in their training were. “By empowering your employee to have a say in how things are done, you build a better company,” Mr Eldredge said.

SST was able to maintain its safety record through the downturn by ensuring that when rig personnel had to be shifted into new roles – a driller serving as a derrickman, for example – they were retrained for these roles.

Looking ahead, the company hopes to achieve zero accidents in total. “As we’ve crossed one million manhours, we continue to progress forward with no accidents at all.”

Overall SST has worked 219,535 hours without any incidents.

BG Group recently announced first oil from the Cidade de Itaguaí FPSO vessel – the sixth unit to start production across BG Group’s discoveries in the Santos Basin offshore Brazil. The FPSO will produce from the Iracema North area of the Lula field in the BM-S-11 block, operated by Petrobras.

Anchored 240 km off the coast of Rio de Janeiro, the Cidade de Itaguaí is approximately 2,220 m above the ocean floor. This is the second leased FPSO deployed on the Iracema development and will double the gross production capacity to 300,000 BPD and 16 million cu m of natural gas/day from the area. The FPSO will also be able to store 1.6 million bbl of oil.

Click here to visit DC’s Global and Regional Markets microsite with more rig construction and contracts news, as well as oil and gas discoveries and field development updates from around the world. 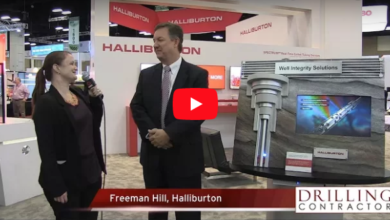