While oil and gas companies may have had hoped for a quick rebound in the oil price in early 2015, they now understand that the market will be lower for longer, said John England, Vice Chairman and US Oil and Gas Sector Leader for Deloitte. “Oil companies know that we’re in this for the long haul,” he said at the Deloitte Food for Thought Panel, held on 25 January in Houston. “They’ve accepted that this isn’t going to turn around tomorrow, so they’re really trying to gear their business that way. That sets the stage for 2016.” Mr England and Deloitte co-panelists Robin Bertram, Oil and Gas Resource Evaluation and Advisory Leader; Melinda Yee, Oil and Gas Merger and Acquisition Transaction Services Leader; and Jason Spann, Texas Marketplace Leader of M&A Transaction Services, said they believe activity in the year ahead will reflect this lower-for-longer reality.

For oil and gas companies that are well positioned, now could actually be the time to grow their portfolios by taking advantage of lower rig rates and service prices. “Companies with the financial wherewithal really have a tremendous opportunity to grow,” Mr England said. For companies that are not so well positioned, they will likely cease to exist, he added. “There will be bankruptcies, and there will be reorganizations. That will help to reshape the industry and potentially take a lot of assets out of the market.”

In the meantime, companies will continue to focus on their best assets, Mr Bertram said. “They’re high-grading all of their activities that they currently see as viable, and they’re only targeting the best of the best,” he said. However, this focus on the best-producing assets could delay the production decline that is needed to help rebalance the market. “They’re being forced to find the very best wells. As those wells come on, it slows the decline that everybody is expecting to see, especially in the US production.”

Mr Bertram noted that it’s the companies with strong balance sheets and minimal debt that will be able to reinvest and keep their production up, rather than devoting a lot of their capital toward interest payments. For drilling contactors specifically, companies that are trying to pay off a large number of newbuild rigs could have a rough year without a strong market to help them recoup the cost of their new rigs. “The companies that have paid off all their equipment and whose debt level is not too bad have the option of stacking their rigs and waiting for better times,” he said.

According to Deloitte analysis, 2015 saw M&A activity fall by more than 45%, from 706 new deals in 2014 to 379 last year. However, the accumulated value of these deals fell by only 20%. “What that really indicates is that right now, you have fewer but larger deals setting the tone in this lower-for-longer type of environment,” Ms Yee said. The top 10 deals announced in 2015 comprised two-thirds of the actual accumulated value on 2015, she added, including Shell’s purchase of BG.

One reason for the low level of M&A activity in 2015 is that the credit market was still kind to the industry last year. In addition, the disparity between what buyers and sellers consider a reasonable transaction value – the bid/ask spread – was fairly wide, as many sellers were reluctant to undervalue core assets in case the market were to rebound quickly. Further, buyers were not interested in sellers’ lower-tier assets. “We’ll see if they come back to the table the longer we’re in this situation, especially as prices dip below $30,” Ms Yee said.

The M&A activity that did occur in 2015, Mr Spann said, primarily involved assets that were already producing. “What you don’t see is a lot of activity around undeveloped property or people making big bets on the next play,” he said. Mr Spann also noted that the oilfield service sector was hit the hardest when it came to declines in M&A activity – deal volumes were down by more than 70% in 2015. This is, in part, because the sector has many small, regional and niche companies. “If you’re in the wrong basin with the wrong technology, that may be your entire business,” he said.

Looking forward into 2016, Mr Spann said he anticipates that lenders will begin to put more pressure on companies, and credit will not be as easy to come by. “Producers have been able to extend credit or other sources of financing to effectively kick the can down the road,” he said. “We haven’t seen the levels of distressed activity that we probably all expected nine or 10 months ago, but we do anticipate that it’s coming. It’s a matter of time.” 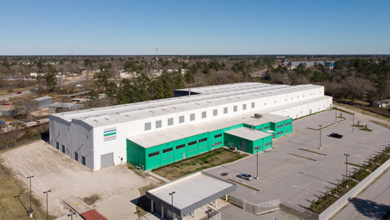 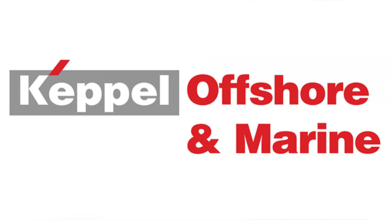