The Petroleum Equipment Suppliers Association (PESA) has merged with the Association of Energy Service Companies (AESC) to form a new organization, the Energy Workforce & Technology Council.

The combined organization will represent more than 600 member companies in energy services, supply, manufacturing and drilling, and will focus on enabling its members to safely, profitably and sustainably produce the energy needed to meet rising demand.

The new council will continue to deliver workforce development opportunities through trainings, certifications, best-practice sharing and standards development. It will also continue to seek to elevate and foster the vital role the oilfield service sector plays in the economy.

The US Bureau of Safety and Environmental Enforcement (BSEE) recently developed the Offshore Infrastructure Dashboard (OID) for sharing critical data with stakeholders who have diverse interests in the Gulf of Mexico. The OID provides a single online location for federal and state partners, along with non-governmental organizations and the public, to access information on Gulf of Mexico oil and gas platforms and infrastructure eligible for the Rigs to Reefs program.

The dashboard is intended to make it easier to retrieve facility information for the Gulf of Mexico.

Over the past decade, approximately 200 platforms have been decommissioned annually in the Gulf of Mexico. This trend is expected to continue. BSEE developed the OID to increase engagement with federal and state partners, facility owners, Outer Continental Shelf (OCS) user groups and coastal communities.

“We have witnessed an unprecedented loss of reef fish habitat in the Gulf of Mexico,” said US Congressman Garret Graves. “This dashboard will deliver long-term sustainable wins for the Gulf ecosystem, those that love to fish and the tourism economy. BSEE is utilizing technology and common sense to get ahead and identify artificial reef habitat to promote conservation, access and drive our local economies.”

The group will collaborate on outreach to members of Congress, particularly with regards to the federal leasing ban restrictions recently announced by the Biden Administration. Matt Giacona, Assistant Director of Government & Industry Affairs, will serve as IADC’s representative.

On 15 January, the Texas Railroad Commission transferred certain discharge permitting to surface waters of the state for produced water, hydrostatic testing and gas plant effluent to the Texas Commission on Environmental Quality (TCEQ) and the EPA, granting TCEQ authority to administer the National Pollutant Discharge Elimination System program in Texas. Operators should now submit applications for these permits to TCEQ.

On 27 January, the Biden Administration in the US implemented a moratorium on new oil and gas leases on federal lands and waters through an executive order titled “Tackling the Climate Crisis at Home and Abroad.”

The order directed the Department of Interior to pause oil and gas leasing “to the extent possible” and launch a review of all existing fossil fuel leasing and permitting practices on federal land.

“The executive actions announced by the administration today only serve to further curtail the ability of America’s natural gas and oil producers to successfully operate,” IADC President Jason McFarland said in a statement issued on 27 January. “Formulated with zero consultation from the industry members best positioned to assist the administration in achieving its goals, these policies threaten thousands of good-paying energy jobs and jeopardize hundreds of millions of dollars in future royalty-based revenue that the industry creates for states and local communities.

“Additionally, the indefinite nature of these actions hinders the proper planning and due diligence required to continue to safely and efficiently deliver energy to Americans everywhere.

“With the number of active US drilling rigs down 53% from pre-pandemic levels, over 415 rigs are currently offline. Each of these rigs would otherwise provide thousands of well-paying jobs to communities along our nation’s coasts and in the heartland.

“The administration claims that these policy developments are well-timed job creation efforts aimed at revitalizing a stagnant economy and increasing environmental stewardship. In fact, these actions come at a time in which America’s energy businesses are only just beginning to rebound from the economic shock of a global pandemic and commodity price war, and have the potential to severely hamper recovery as we move forward.”

Separately, on 12 February, the Bureau of Ocean Energy Management (BOEM) announced that it was rescinding the Record of Decision for the Gulf of Mexico (GOM) Oil and Gas Lease Sale 257. The decision paused planning for the proposed sale, which had been expected to occur in March.

IADC issued this statement in response: “The bureau’s decision to postpone the planned March lease sale is disappointing and brings further uncertainty to the livelihoods of hundreds of thousands of American energy workers earning a living in Colorado, Montana, New Mexico, Wyoming, and offshore in the Gulf of Mexico.

“With the environmental impacts of Sale 257 having already been evaluated by previous administrations, the bureau should have confidence that this sale in the best interest of the American people.

“IADC is optimistic that the bureau will put American energy workers in focus as they implement further policies and looks forward to continue working with BOEM on these important matters.” 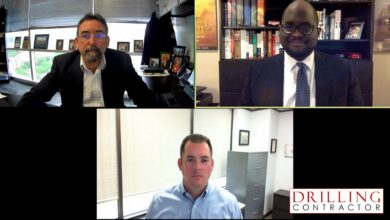 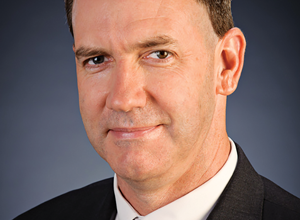 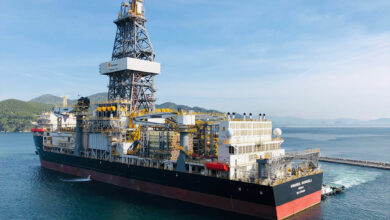