“The offshore drilling market isn’t depressed. It’s vanished,” the longtime drilling contractor sourly observed, perhaps mentally scanning the expanse of nearly rigless seascape that is the Gulf of Mexico. In early August, only 17 rigs were running offshore in the GOM, according to the Baker Hughes Rig Count. By contrast, even the worst previous downturn, in 1992, saw at its mid-year nadir 27 rigs working offshore in the GOM. During the Golden Age of Drilling, in December 1981, 25 MODUs were drilling offshore rig-hating California, and 175 in the Gulf.

But the long dry spell might be easing. A recent deep dive into deepwater economics by Paul Cheng, CFA at Barclays, provides reassurance that the “nuclear winter” of this downturn is past, but cautions that the oil-price-dependent road ahead is not rosy. Even in a high-price environment, maintaining and sustaining deepwater production, already problematic, could grow worse.

Mr Cheng and Barclays have determined that $70-$75 Brent oil is needed for deepwater projects for a 15% return on investment, and $55 for a 10% return.

“The economic profile has improved since the downturn, but there is still more to go before deepwater competes for constrained capital,” Mr Cheng wrote.

The downside of failing to compete for sufficient capital is significant and could result in a sizable global oil supply gap near the end of the next decade, they warn, despite US shale and promising deepwater plays in Brazil and Guyana.

“Offshore under-investment could contribute to a larger global supply gap over the next decade,” Mr Cheng said. Their study, which reviewed 80% of the world’s deepwater supply, indicated that offshore production could fall by 3-5 million bbl/day by 2030.

The Great Downturn, which began in late 2014, marked the first time that new deepwater reserves are no longer matching or exceeding annual production on a continuous basis, the analysts reported.

Currently, deepwater accounts for about 10% of world oil supply, according to Mr Cheng. The sector is relatively young, a product largely of the 1990s. Until 2015, deepwater was always among the first to recover, first from the downturn of 1997-1998, and then from the economic price collapse of 2008-2009.

“Alarmingly,” Mr Cheng said, “for the first time in industry history, we are no longer finding enough oil to replace what we produce in the deepwater, posing a significant threat to the deepwater supply, if this trend continues.”

It’s a good news, bad news situation, as is so often the case in life. The good news, Mr Cheng said, is that deepwater has “not been the most cost effective,” leaving plenty of room for improvement. Ouch!

On the other hand, he noted, “The market may not fully understand the implications of the downturn and how the recovery phase could be different from past cycles.”

In other words, a strong bounceback, as historically the case, might not be in the cards this time.

Two obvious roads to growth are a more optimistic long-term oil price outlook, or shaving $5-$10 off the enabling oil price. The former is largely out of industry’s control. Mr Cheng suggests two paths to the latter goal:

• Shorten the cycle time: The current time from deciding to invest and first oil averages about four years, he said. Every year trimmed from this process will decrease the required oil price by $5-$10.

However, he adds wryly, “It seems that shortening the development time is easier said than done.”

The 2015 downturn was a game changer for deepwater. We need new strategies to avoid fighting the last war. DC 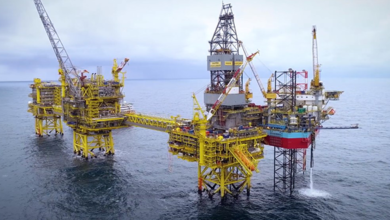 Tax systems can tip the scales on brownfields