In Shell’s Groundbirch asset in Canada in 2012, the operator implemented simultaneous operations (SIMOPS) and concurrent operations (CONOPS) to reduce the total time for fracturing operations by 40%. By perforating at the same time as fracturing, Genevieve Bouchard of Shell stated, “we were able to pump an average of 6.6 fracs everyday – 57 fracs in 8.6 days.” In a presentation at the 2014 SPE Annual Technical Conference and Exhibition in Amsterdam on 28 October, Ms Bouchard explained how Shell implemented SIMOPS and CONOPS to optimize fracturing operations at Groundbirch.

The development concept on this field is supported by multiwell pads, with up to 26 wells on each location. However, to conventionally complete one well and move onto the next, a 26-well pad would take more than two years to deliver gas. “Instead, we batch drill and then batch complete by clusters,” Ms Bouchard explained. A typical Groundbirch well comprises an approximately 2,000-m horizontal section and eight to 10 fracture stages.

By clustering wells to six to eight wellheads, the pad could start to deliver gas within a year and a half. “It is still pretty long. That’s why we try to optimize our cycle time by using simultaneous and concurrent operations (CONOPS).” Shell defines SIMOPS as two or more mutually exclusive activities that take place within 50 m of each other. An example is perforating one well and fracturing another well in the same cluster at the same time. CONOPS, on the other hand, are mutually exclusive operations that take place outside of the 50-m boundary but are on the same pad. “An example of this would be two drilling rigs working at the same time on two wells at the same time,” Ms Bouchard said.

To support the complexities of running SIMOPS and CONOPS, Shell added leadership positions, such as on-site representative, person in charge and field superintendent, to Groundbirch. The field superintendent is based in the field to ensure tighter management closer to operations. “We’ve created a position of a person in charge, so in each location there’s always one person who’s in charge of all the operations. You would have a drilling operation and a completion operation going on at the same time with supervisors for each of these operations, but you’d also have a person in charge of both the drilling and completion operation. That person needs to be aware of what’s going on at all times.”

Shell also used a tool called a matrix of permitted operations (MOPO) to manage process safety through SIMOPS and CONOPS. “It’s a big matrix that can only be changed with a thorough revision by management of the risk,” she said. The color-coded matrix dictates which operations can simultaneously be conducted and under which conditions.

In one SIMOPS field trial at Groundbirch that required fracturing and perforating, more than 80 personnel were involved in the operation, and Shell did not record any LTIs. “We achieved a 40% time reduction in the frac operations,” she said, plus a total completion cost 11.6% below budget.

The fracturing service provider working with Shell helped to ensure that the frac operation would not be interrupted between crew rotations. “Between the night crew and the day crew, our contractors developed a crew change on-the-fly procedure that they implemented,” Ms Bouchard said. “They were able to change crews without having to stop the pumping.”

Due to the success from SIMOPS in Groundbirch, Shell is now looking to involve more operations, such as milling or snubbing, while fracturing. 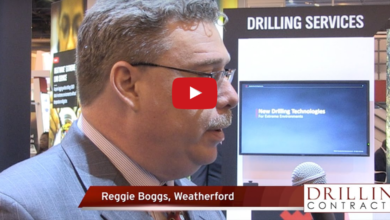 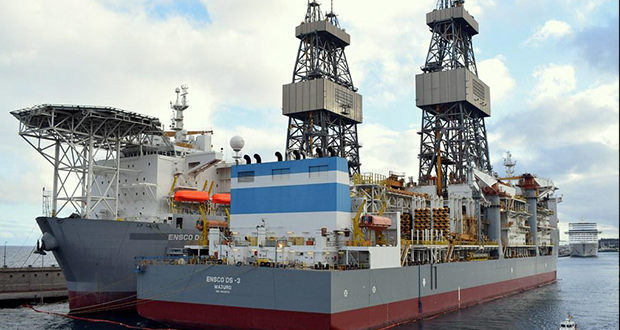 Deepwater: Reports of its demise greatly exaggerated, but is service sector bearing the cost? 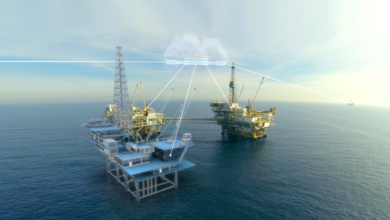