From the perspective of Tom Kellock, head of consulting and research for ODS-Petrodata, the outlook for the worldwide jackup market is far from rosy. Just look at the numbers: More than 100 jackups worldwide are currently idle, and there are still more than 60 newbuilds still to come.

While it’s quite likely that not all of these 60-plus rigs will get finished and enter the market, he believes that most of them will. And the industry simply faces a huge surplus of available jackups, according to Mr Kellock, speaking at the 2009 IADC Annual General Meeting on 8-10 November in Miami, Fla.,

Looking at the very mature US Gulf of Mexico jackup region, he pointed to a trend of rising gas prices and falling jackup utilization that could be seen from 2002 into 2008. “No longer do we have the close correlation between gas prices and jackup activity. And the only obvious explanation and the one I would support is that, this is such a mature market, the prospects are just not there anymore.

“Analysts and even some contractor say, well, when gas prices get back to $5, $6 or $7, it’s all going to be OK. I really have difficulty with that. I think industry needs to move on from shallow-water Gulf of Mexico, quite honestly. … This is not where people are going if they have a choice these days to look for oil and gas.”

Looking at possible jackups markets around the world, Iran and Mexico may be the best prospects, though there are challenges with both countries. Politics could make it difficult for US contractors to get into Iran. With Mexico, mat-supported jackups continue to fall out of favor. Moreover, PEMEX’s renewed push on deepwater means “they may not be able to absorb a lot more jackups.”

Their mid-case forecast, which is based on gradually increasing oil and gas prices, puts jackup demand at 334 rigs in late 2015, while the low-case demand is set at 282 units. “Even in a high case, which has oil going well over $100 in 2009 dollars, it’s at only 372 (rigs). Absent a massive stacking or scrapping of rigs, we’ll have an ongoing surplus in this market.”

For mid-water floaters, Mr Kellock noted that there has been very little rechartering of rigs coming off of contracts. At the same time, dayrates have been falling.

Europe and the Mediterranean are the best bets for these units, with additional opportunities to be found in Southeast Asia, the Indian Ocean and Latin America. However, the rig surplus is likely to continue.

Deepwater may be providing the best stability right now, especially with ultra-deepwater units that can drill in 7,500 ft of water or more. Rates have stabilized from their 2008 highs, and it’s possible that up to 10 deepwater rigs could become available in 2010 in the form of sublet opportunities.

“If you’re looking for a rig, you could get it, but probably only by subletting it from an operator who already has a rig. And he’s very unlikely to let you have that rig for anything less than the rate he’s paying.”

In the near term, the Golden Triangle (Gulf of Mexico, West Africa and Brazil) will remain the main focus of the deepwater market – although opportunities in Asia Pacific (Malaysia, China, Australia, India) are growing rapidly. “We’re also seeing a little bit now in Northwest Europe where deepwater rigs have been used but not normally at their deepwater capabilities,” he said.

In the longer term, Petrobras is a wild card that will affect the deepwater market one way or another, according to Mr Kellock. And even if they do build the 28 additional units as they’ve announced, the deepwater market is forecasted to stay tight into 2015. “This is really the most attractive element of the offshore market right now.”

Staying in balance is key to Anadarko model 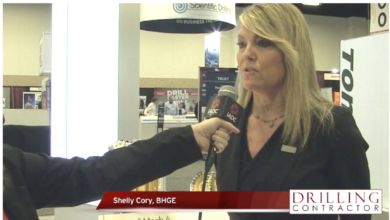 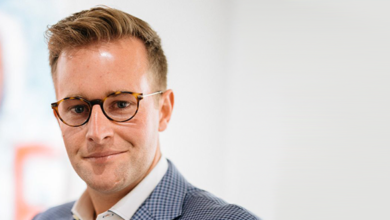