Underreaming tools are frequently needed in challenging applications, such as to facilitate running expandable liners, but underreaming operations can frequently leave uncertainty on final hole diameter. National Oilwell Varco (NOV) developed the IQ underreamer monitoring system to remove this uncertainty by monitoring cutter block position, wear and vibration, data that could be used in post-run drilling analyses as part of an optimization plan for future wells.

The system also records downhole drilling dynamics at the underreamer, which means the system can determine, via memory data, the actual underreamer expansion size at any point during the run, allowing minimum hole diameter to be determined.

In a recent project in the North Sea, NOV ran the new technology for Total E&P UK in a difficult high-pressure, high-temperature (HPHT) infill well on the Elgin field that required a contingent expandable liner.

Development of the IQ system began with the objective of rapidly delivering actionable intelligence after completing an underreaming run. As it is very difficult to gauge the cutting structure of an expandable tool at surface, operators face a degree of uncertainty when determining if a full-gauge hole to total depth (TD) is achieved. This uncertainty often necessitates remedial work prior to running casing strings, taking valuable rig time.

Further, being a downhole tool, there can be uncertainty when dealing with underreamer function, dynamics and visibility. Further, obtaining direct evidence of tool functionality and quantifying the degree and time that wear occurs on the underreaming cutting structure is extremely challenging. A technology that accurately determines wear on the underreamer cutting structure in real time helps minimize the nonproductive time (NPT) generated by typical solutions to these issues, like caliper runs on wireline, reaming trips, or other verification tests.

Early validation of system functionality took place in the Gulf of Mexico in the largest underreamer size range (18 ⅛ × 22 in.), and additional improvement has since allowed the system to be implemented in smaller-diameter tools, including the 12 ¼ × 14 in. underreamer. Beyond its primary purpose as a monitoring tool, the high-speed wear and lateral/torsional acceleration information collected from the tool helps with downhole diagnostics and dynamics, providing unique insight into drilling practice efficiency, how wear is occurring on the PDC cutters, and overall drill bit/reamer performance.

NOV worked with Total E&P UK to test the world’s first run of the IQ system in a 12 ¼ × 14 in. underreamer in an HPHT field in the North Sea. The Elgin field is located in the Central Graben Area, approximately 240 km east of Aberdeen, in water depths of 92 m. The field is produced through a process utilities quarters platform and two wellhead platforms. Elgin development has broadly been divided into two major campaigns: initial development from 1997 to 2000, and infill drilling from 2008 to 2017.

The subject of this article is well B3, which was the third well drilled from the Elgin-B wellhead platform and the fifth Elgin infill well since significant reservoir depletion has occurred.

On well B3, the 14-in. casing shoe was set 30 m inside the Tor formation at 3,692-m measured depth (MD), which was according to plan, and the objective of the subsequent 12 ½-in. section was to drill to mid-Hidra formation at approximately 5,109-m MD. While drilling, however, a well control issue resulted in the bottomhole assembly (BHA) becoming stuck, and it was ultimately lost. The section was abandoned, and the drillstring was recovered to 150 m below the 14-in. shoe.

After this, a sidetrack was planned, although a contingent 11 ¾-in. expandable liner was necessary to achieve success. Because of this, the section below the 14-in. shoe needed to be drilled in 12 ¼ × 14 in. size using a rotary steerable system (RSS) and underreaming-while-drilling practices.

The liner expansion process was extremely sensitive, and due to the nature of the section there were limited contingencies in place in the event of expansion failure. Field experience had shown that it was difficult to detect tapering of the hole based solely on the condition of the underreamer’s blocks/blades, which was another concern. Despite these challenges, delivery of the section with a 14-in. in-gauge hole was critical to the well’s success. To mitigate risks and ensure successful deployment of the expandable liner, a wireline-deployed, open-hole caliper was planned for a post-reaming run. The IQ system was also run in this section to give an immediate indication of the success of the underreaming while drilling to aid operational decision making. Further, the run would validate the technology and allow Total to avoid running the caliper in the future.

The application required drilling while underreaming a series of carbonates through the Tor and Hod formations below the 14-in. casing shoe using a 12 ¼-in. drill bit, with the underreamer enlarging the hole to 14 in. A pre-job analysis was completed to match the drill bit to the underreamer, optimizing bit and reamer cutting structure interaction to maximize efficiency, and the monitoring system was retrofitted to one of the three cutter blocks of the expandable concentric underreamer range. Only one cutter block required retrofitting based on the tool design; if one cutter block expanded, all three would, meaning any wear to the cutter blocks would occur at the same rate.

The underreamer was made up to the BHA, and prior to running in hole the IQ system was activated. This required removal of an off cap from within the cutter block achieving confirmation of successful activation, after which the port is resealed. The BHA was then run in hole and reached bottom at 3,757-m MD.

Reduced parameters were used to establish a new bottomhole pattern with the drill bit to drill ahead to 3,784-m MD. Picking up off bottom, the parameters were recorded for reference prior to breaking the connection and dropping the underreamer activation ball. After reestablishing the same parameters, an increase in torque and reduction in standpipe pressure verified that the underreamer had successfully unlocked and the cutter blocks had expanded. Following activation, drilling while underreaming commenced until section TD. During this time, it was assumed that every time the flow rate exceeded a predetermined level (set in the pre-job phase), the cutter blocks expanded, as evidence was not available from surface parameters.

Once the underreamer was above the rotary table, a communication cap was removed, and the data was retrieved from memory. The following statistics were determined as part of the post-run performance analysis:

• If there was reamer wear, when it occurred;

A technology that accurately determines wear on the underreamer cutting structure in real time helps minimize the NPT generated by typical solutions to these issues.

Cutter block position was reviewed for specific time points to determine if and when they had expanded, retracted or were at an intermediate position. The data confirmed that the time of the first cutter block expansion occurred in line with the anticipated underreamer activation time based on the standpipe pressure drop and torque spike noted from surface data.

Torsional and lateral acceleration data was captured at the cutting structure of the underreamer and displayed in the application. Afterwards, a wireline caliper run was executed with a six-arm caliper to verify the enlarged hole diameter, with the caliper measuring a consistently enlarged hole from the casing shoe to section TD.

Findings from the initial run using the IQ system found that the system was operational for a total of 187 hours. During the time the system was active, clear proof showed that the underreamer was functioning properly. Additionally, the system verified that the cutter blocks were fully expanded while pumping at drilling flowrate once the tool was unlocked, with all wear sensors remaining fully active for the duration of the battery life. Both the sensor output and the wireline caliper run confirmed that the underreamer was, in fact, enlarging the hole to the required 14 in. during this time frame.

The sidetrack was successfully drilled from 3,757- to 4,512-m MD, where the 11 ¾-in. expandable liner was deployed. There was some magnetic interference in this section, which required additional surveys, and the section was very lithologically complex. As a result, overall drilling time exceeded the battery life of the IQ system. Despite this, the quality of the data recovered before the battery expired gave strong indication of in-gauge open hole, which allowed the wireline, open-hole caliper run to proceed without a wiper trip. The open-hole caliper confirmed that the hole was in-gauge to TD, and the expandable liner was installed without issue.

Alignment of the caliper data with data from the IQ system was very consistent; in fact, data from the IQ system was of such quality that the system could eliminate the need for an open-hole caliper if the data is available for the full section. There is significant potential for this to be a major cost-saving technology for the operator while simultaneously mitigating the risks associated with wireline, open-hole operations. Typically, there is risk with a lost wire/tool in underreamed sections, and fishing options for wire are limited. Additionally, hole conditions (gas, losses, limited mud-weight window) could prevent wireline, open-hole operations, in which case data from the IQ system would be critical to properly assess hole gauge.

Another concern with underreaming-while-drilling operations is that there can be vibration and instability within the BHA. The IQ system gives the operator an additional vibration monitoring point apart from the MWD tool, and the collected data allows the operator to assess the effectiveness of BHA models and designs. This will improve results in subsequent wells after planning and corrective action has taken place.

Unique challenges demand unique solutions. In the current oil and gas climate, reducing NPT and improving operational efficiencies are key for operators looking to maintain profitability despite lower commodity prices. Recognizing an opportunity, Total E&P UK tested and validated NOV’s IQ underreamer monitoring system in a difficult HPHT application in the North Sea. With the knowledge that this type of system can provide direct evidence of underreamer functionality and improve certainty surrounding the underreamed hole diameter, Total E&P UK will be able to more cost-effectively manage such operations and reduce or eliminate the need for remedial work with other tools moving forward. DC

ADES, Vantage team up to drill in Egyptian Mediterranean basin 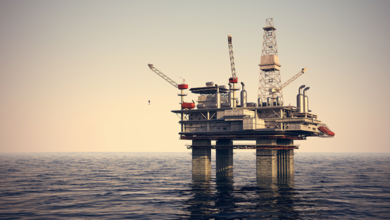 Wood Mackenzie outlines 5 key changes in US Gulf of Mexico 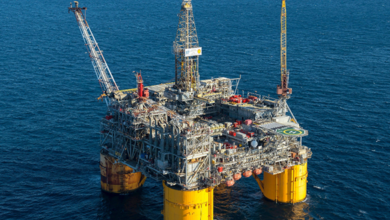