Noble to buy newbuild jackup to work for Aramco

Noble Corp has exercised an option for the purchase of a second newbuild Gusto MSC CJ46 design jackup from PaxOcean for $83.75 million.

Like the Noble Johnny Whitstine jackup, which was purchased in September 2018 in connection with a Saudi Aramco contract, this newbuild, to be named the Noble Joe Knight, was built at the PaxOcean Graha shipyard in Batam, Indonesia. The rig is built for operations in moderate drilling environments and is capable of operating in water depths of up to 375 ft, with well depths of 30,000 ft. Enhanced drilling capabilities are supported by a modern drilling control system, along with a versatile cantilever skidding system and two blowout preventers.

Following closing of the transaction, the Noble Joe Knight will be relocated to a shipyard in Singapore for commissioning and final outfitting ahead of the expected commencement of operations in Q3 2019 under a three-year primary term contract with Saudi Aramco.

Shell and its consortium partners have announced the start of production at the Lula North deepwater project in Santos Basin. Production here is processed by the P-67 FPSO and is operated by Petrobras. The production hub is the seventh FPSO deployed at Lula and the third in a series of standardized vessels built for the consortium. It is designed to process up to 150,000 bbl/day and 6 million cu m/day of gas. Discovered in 2006, the Lula North deepwater project is the largest producing field in Brazil and accounts for 30% of the country’s oil and gas production.

ADES has renewed the term of six drilling contracts associated with six onshore operating rigs in Saudi Arabia that were acquired in December 2018. The renewal term of the drilling contracts for all six rigs is three firm years, commencing in February 2019 upon expiration of their existing contracts. The renewals are expected to add up to $228 million of backlog.

Recently the company also secured two new onshore drilling contracts in Saudi Arabia. Each contract has a tenure of seven years, with five years fixed and two years optional. The contracts will add a total estimated backlog of $150 million. Operations are due to commence in the second half of 2019. The group will order two newbuild rigs that meet the contract specifications for a total cost of up to $45 million. ADES sees long-term potential for these assets in the Saudi market.

New discovery made with Ragnfrid North in Norway

Equinor has, together with its partners Petoro, ExxonMobil and Total, proven gas and condensate in the Norwegian Sea Ragnfrid North (6406/2-9 S) exploration well. Recoverable resources are estimated at between 6 million and 25 million BOE.

Ragnfrid North is located approximately 20 km south of the Kristin platform in the Norwegian Sea. The discovery will help to clarify the resource base in the area in the coming years.

The license partners will now evaluate the discovery for development and tie-in to the Kristin field and further maturing of the Kristin South project.

Exploration drilling in Ragnfrid North 6406/2-9 S started on 3 October, and the well was drilled by the West Phoenix rig in production license 199. The West Phoenix is being moved to the UK Continental Shelf to drill the Equinor-operated Bigfoot prospect.

Total discoveries on Stabroek now up to 12

Tilapia-1 is the fourth discovery in the Turbot area, which includes the Turbot, Longtail and Pluma discoveries.

The other discovery was at the Haimara-1 well, which encountered approximately 207 ft (63 m) of high-quality, gas-condensate bearing sandstone reservoir.

Each of the joint venture parties will bareboat two drillships into Sonadrill. The Seadrill drillships will be from its existing owned or managed fleet. The Sonangol drillships, Libongos and Quenguela, both seventh-generation, high-spec ultra-deepwater drillships, are under construction at the DSME shipyard in South Korea and expected to be delivered in the first half of 2019. Seadrill will manage their delivery and mobilization to Angolan waters under a separate commissioning and mobilization agreement with Sonangol.

Seadrill will manage and operate all four drillships on behalf of Sonadrill.

KCA Deutag’s offshore business unit has been awarded a new drilling contract by Enquest for the Magnus, Thistle and Heather platforms. The multimillion dollar contract is for the provision of platform drilling services on all three platforms and came into effect on 1 January 2019. It has an initial term of five years, with two options to extend by one year.

In other news, the company announced that its land drilling operation has won new contracts and contract extensions worth approximately $110 million. These contracts are for drilling in the Middle East, Russia and Africa.

In the Middle East, the company won seven years of contract extensions for five heavy rigs operating in Oman. The extension for each rig ranges from one to two years. In addition, the company signed a contract with a new client in Oman for a 2,000-hp rig for a fixed term of six months.

In Russia, KCA Deutag was awarded a new drilling contract for a 1,000-hp rig with an integrated oil company. The contract has a fixed term of one year.

In Nigeria, a 700-hp rig won a one-year contract to carry out a workover program, with a further one-year extension option.

Rowan announced that the Rowan Viking, an N-Class ultra-harsh environment jackup, has been awarded a seven-well program in Norway by Lundin Norway for a minimum duration of 265 days. The contract is expected to commence in Q2 or Q3 2020.

The company also announced that the Rowan Renaissance drillship has been awarded a one-well contract in Mexico by Petronas for an estimated duration of 80 days, which is expected to begin in Q2 2019. Petronas has a one-well priced option. Further, ExxonMobil has exercised the third of four options for the Rowan Relentless, an R-Class ultra-deepwater drillship. The option will be used for operations in the US Gulf of Mexico and has an expected duration of 180 days.

BP has achieved first gas production from the second stage of its West Nile Delta development offshore Egypt. The project, which produces gas from the Giza and Fayoum fields, was developed as a deepwater tie-back to an existing onshore plant. The startup is the second in a string of major projects expected to be brought on line in 2019 for BP. 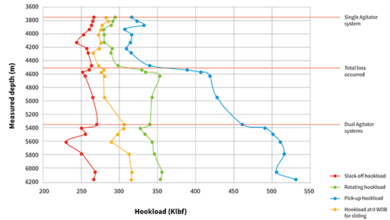 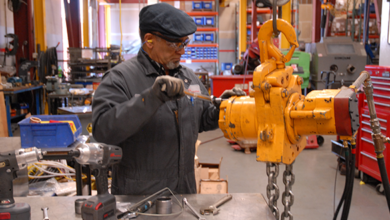 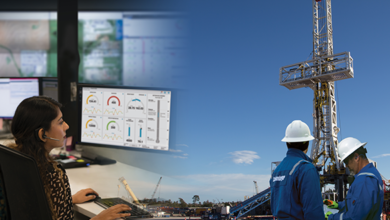