More than two years ago, the Kingdom of Saudi Arabia (KSA) introduced a new Commercial Maritime Law, via a Royal Decree no. M/33, requiring all offshore ships and vessels to be registered under the KSA flag to continue operations in Saudi waters. Initially scheduled to take effect in July 2019, these regulations were decreed as part of the Saudi Vision 2030 initiative to, among other things, develop the KSA as a maritime and logistics hub.

The new law modernizes commercial laws dating back to the 1930s. With almost 400 new articles, this constituted a considerable regulatory overhaul for the commercial maritime industry by the KSA government. Ranging from registration to debt enforcement, licensing, contracts and liability constraints, the overhaul was designed to provide certainty and clarity to the KSA’s maritime trade.

The Commercial Maritime Law Implementing Guidelines, issued in September 2019, provided that offshore drilling rigs or platforms would be treated under the law in the same manner as a ship or vessel. As such, mobile offshore drilling units (MODUs) operating offshore were required to transfer ownership of the MODUs to a KSA incorporated entity or person and register the MODUs under the KSA flag.

Despite the much needed update to their commercial maritime laws, the Ministry of Public Transport granted temporary exemptions to provide time for non-KSA organizations operating in KSA waters to comply with the new requirements. These exemptions were granted under Article 6, which considered “ships of all states (to) enjoy the right of innocent passage through the territorial sea of the Kingdom.” These exemptions had been due to expire in March 2021.

With approximately 60 MODUs operating in KSA waters under foreign flags, the proposed changes caused considerable concern amongst drilling contractors operating in the region. The application of the law to MODUs meant re-flagging under the KSA laws without certainty of long-term contracts or pricing adjustments to reflect the required shift in project economics.

IADC was asked to step in to assist. The association initially organized a regional workgroup, led by Louise Fernie, Seadrill Legal Director, and representing all offshore drilling contractors operating in the KSA. Through collective advocacy efforts, the industry sought to explain the challenges of a change of flag on drilling contractors. Over the course of the next five months and the exchange of numerous formal letters to key stakeholders in the region, drilling contractors were notified at the end of February 2021 of a positive development.

The KSA government instituted a three-year exemption to the application of the Commercial Maritime Law to MODUs to provide sufficient time for drilling contracts to assess the economic impact of the change and plan its transition accordingly, if required by the KSA authorities. IADC and its regional members are grateful for this consideration. IADC will monitor the situation and will continue with future advocacy efforts to, hopefully, gain a full non-conditional release for MODUs before 2024, subject to the agreement of the KSA government and with continued support in all respects for Saudi Vision 2030.

Click here to view a video with Hisham Zebian discussing the Maritime law.

Hisham Zebian, IADC VP – Eastern Hemisphere, addressed the conference during the opening session. He noted the importance of continued collaboration and technology development for the industry and outlined IADC’s work over the past year to improve training and safety despite the pandemic. He also referenced the Knowledge Retention & Education for our Workforce (KREW) and WellSharp Live programs, both launched in the past year, as well as RigPass 2.0, an updated version of IADC’s flagship safety orientation program.

The IADC Cybersecurity Committee sent out a bulletin in May to members referencing a joint advisory issued by the Cybersecurity and Infrastructure Security Agency (CISA) and the FBI. In this advisory, “DarkSide Ransomware: Best Practices for Preventing Business Disruption from Ransomware Attacks,” CISA and the FBI urged critical infrastructure asset owners and operators to adopt a heightened state of awareness and implement the recommendations listed in the advisory. The advisory provided technical details on DarkSide actors and some of their known tactics and preferred targets.

Further, CISA and the FBI urged critical infrastructure asset owners and operators to review available resources for best practices on strengthening cybersecurity posture. A list of these resources can be found in the online advisory. DC 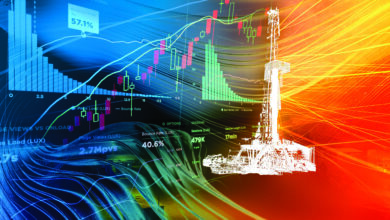 Industry must engineer for simplicity, standardization