Test operations of the MAX STREICHER GmbH’s offshore rig VDD 400.2 were successfully completed at the STREICHER’s location in Deggenau, Germany, and will be ready for delivery on 15 June 2014.

At the beginning of 2013, Archer Topaz contracted STREICHER for the construction of a second offshore drilling rig. The VDD 400.2 will be used on the Statoil gas platform Heimdal in the Norwegian part of the North Sea.

The VDD 400.2 was developed on the basis of the modular and partially automated concept of the first in its class VDD 400.1. Construction of the rig took more than one year to complete after being commissioned by Archer Topaz Limited.

The easy-to-handle transport rig has an automation system. The pipe handler operates automatically, and the pipe handling crane was adjusted to the limited space at the site of operation, the Statoil gas platform Heimdal, which is partially automated. The hydraulic power system of VDD rigs has the ability to have precise control, and despite small components, high power can be transmitted. VDD 400.1’s modular concept and high degree of automation has been successful offshore New Zealand.

STREICHER’s drilling technology division has equipped the offshore rig with a pipe deck for storing rods and pipes. The modular-designed pipe deck with its support structure has a weight of approximately 200 tons and can be loaded with rods and pipes of up to 150 tons. The deck will be delivered in about 30 modules. Transformers, instead of generators, will help guarantee energy supply for the rig on the Heimdal gas platform.

“Besides the technical refinements, the project is a sensation due to its fast execution period,” Dr Peter Romanow, Head of Drilling Technology Division of Max Streicher, said. “To set June 2014 as deadline for the commissioning of the drilling rig was very ambitious 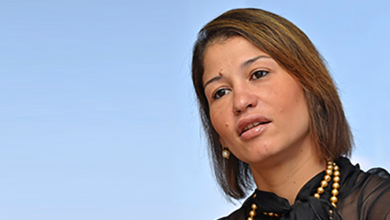