A marine simulator that began primarily as a training tool ultimately evolved into a wide-scope system that was able to help Chevron validate and trouble-shoot multiple functions on its Jack-St. Malo semisubmersible floating production unit (FPU) in the US Gulf of Mexico. Unlike previous simulators, the Jack-St. Malo Marine Lifecycle Simulator integrated the FPU’s hull system and topsides equipment. Its scope included most of the subsea, topsides and hull equipment, piping and instrumentation. In particular, the simulator was able to present operational information similar to that on the actual facility, and operator graphics used were identical to the actual facility – a key advantage both before and after facility start-up, Chevron’s Chris Hudson said during a presentation at the 2014 Offshore Technology Conference in Houston last week. “That helps a lot, and I believe we’re going to try to incorporate that into our future projects,” he said.

Due to the ballast system design on the FPU, Chevron required a comprehensive training procedure for the marine operators. Mr Hudson noted that ensuring competence was a main concern for Chevron from the very beginning. “Fifteen to 20 years ago, when we built a rig, everybody on it had rig experience – all the marine crew had rig experience.” That’s not necessarily the case anymore, he said, and Chevron sought the simulator as a way to provide the team with confidence in the human factors aspect of the engineering.

As the project developed, Chevron began adding more variables to the system to simulate more functions, and the operator eventually also used the simulator to perform control system checkout during pre-commissioning. For example, using the simulator in the checkout allowed configuration errors to be detected in the distributed control system logic. Mr Hudson noted one example where the simulator was able to find a problem with a vacuum breaker. “They were able to address it and fix it before they ever introduced water into the system,” he said.

The simulator, which Chevron developed jointly with Kongsberg and GVA, also was used to valid standard operating procedures even before operations began in the integration yard. In addition, it provided support for three large topside module lifts on the Jack-St. Malo hull at the yard, assisting with tasks such as identifying tanks to be used during the load transfer, quantifying ballast steps and sequences, and computing floating conditions and stability.

“All three of these lifts were made without incident, and all three lifts were practiced on the simulator before we left,” Mr Hudson said. He noted that Chevron has conducted large lifts like these before without a simulator for practice. In those instances, multiple paper and tabletop exercises were done. Being able to use a simulator helped to expedite the process – a key advantage when the team is working under a tight schedule as they were with Jack-St. Malo, he explained.

For future projects, Mr Hudson said Chevron would like to use a simulator as early in the process as possible, even if it’s an early model with just one ballast tank. “We want to use it to verify anything that is identified in HAZIDs or HAZOPs… We would be able to use it as an aid in design.” 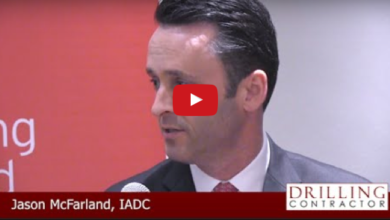