Noting the dramatic changes in the industry over the last several years, Stephen Colville, president and CEO of IADC, acknowledged the changing needs of its members and outlined IADC’s strategy to redefine and strengthen the organization to keep pace. “IADC has been in existence for 70 years, and it has changed rapidly since its founding. Of course IADC has evolved, but perhaps not as greatly as the industry has evolved, and the shape of that change is getting faster and faster, with our members constantly trying to redefine themselves and their offerings. That’s driving the way members look to us with growing expectations of what they would like us to do,” Mr Colville said at the 13 November IADC Houston Chapter luncheon.

To illustrate the direction of ongoing improvements, he introduced the IADC Strategy House, describing it as containing “all you need in order to tell people what we are about as an organization. IADC is committed to providing global leadership for the drilling industry to achieve our core purpose of catalyzing improved performance through enhancing operational integrity and shaping better regulation. By focusing on member’s critical issues and continuously raising IADC’s organizational effectiveness, we will ensure we are delivering maximum value to IADC members,” he said.

Operational integrity encompasses the challenges of recruiting and training a credentialed work force, the maintenance and reliability of critical equipment, and the challenges of ensuring safety and compliance. With regards to better regulation, Mr Colville noted the IADC Executive Committee’s expectation for the association  to “make global leadership a reality and be truly international and globally influential” by impacting legislation and positioning IADC to be a respected authority with a distinctive voice.

“We are an organization that represents both onshore and offshore,” he stated. Reiterating IADC’s strong commitment to onshore drilling, he announced an objective to overhaul the onshore division, which will include the appointment of an additional IADC onshore division staffer, creating up to seven US onshore regional operations forums and offering increased onshore regulatory affairs support.

Further, IADC plans to open a new office in Brazil and an additional one in Europe to provide more representation and assistance on critical issues specific to those markets.

Noting that contractors are speaking loudly, and publicly, about the immediate need to recruit new hires, Mr Colville described the Workforce Attraction and Development Initiative, under which IADC will develop a veteran outreach program and raise public awareness of positions available in the drilling industry.

IADC recognizes the challenges its members face and is changing, adapting and growing alongside them to ensure the delivery of maximum value. “We are about improving performance and enhancing operational integrity; reducing incidents and increasing competency for better performance,” Mr Colville said. 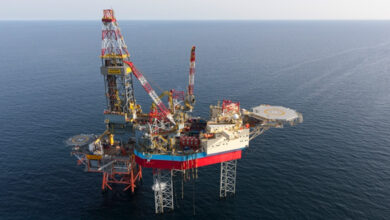 US land rig count up 293 from one year ago