The International Association of Drilling Contractors (IADC) announced today that it will endorse the 2010 Drilling and Completing Trouble Zones Conference, 19-20 October at the Galveston Convention Center. Drilling & Completing Trouble Zones (DCTZ) is an industry forum aimed at facilitating dialogue on how to economically construct the world’s most challenging wells, both onshore and off.

“Drilling contractors and, indeed, all parties concerned with well construction are challenged with the task of drilling today’s difficult wells,” remarked IADC president Dr Lee Hunt. “We believe that Drilling & Completing Trouble Zones can add real value to the dialogue necessary to produce viable, industry-wide solutions to the drilling challenges of today and tomorrow.”

DCTZ 2010 is managed and organized by Houston-based Atlantic Communications, with whom IADC has a business arrangement through its official magazine Drilling Contractor. IADC will participate in content development and conference promotion.

The 2010 event is hosted by ExxonMobil Development.

DCTZ 2010 will highlight the latest developments in a variety of technologies aimed at drilling and completing trouble zones. Areas of interest include tight shale gas drilling and fracturing, drilling through tar, salt overhangs, lost-circulation zones, high-temperature and high-pressure applications, among other challenges.

Founded in 1940, IADC strives to secure responsible standards, practices, legislation and regulations that provide for safe, efficient and environmentally sound drilling operations worldwide. IADC holds Accredited Observer status at the International Maritime Organization and the International Seabed Federation, branches of the United Nations. The Association is a leader in developing standards for industry training, notably its Well Control Accreditation Program (WellCAP)* and rig-floor orientation program, RIG PASS*. IADC is headquartered in Houston and is one of the city’s largest trade and professional associations. IADC also has offices in Washington D.C., the United Kingdom, the Netherlands and the Middle East, as well as chapters in the UK, Venezuela, Brazil, Australasia, South Central Asia, Southeast Asia, the Middle East and across the United States. For more information, visit the IADC website. 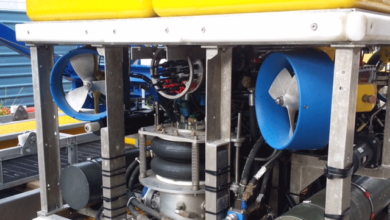