After 20 years of staggering growth, mostly through acquisitions, Weatherford had become a company with more than 300 different management systems within the organization, and its safety performance had plateaued. In 2011, the company decided a change was needed and began working on a program called HSE Excellence that aimed at ensuring every employee can go home to their families every night, Derek Hibbard, Global Safety & Risk Manager for Weatherford, said last week at the 2014 IADC HSE&T Asia Pacific Conference in Singapore. Due to the lack of integration of the various business units acquired over the years, “we had to first put in place a foundation,” he said.

To embark on this journey, a Safety Leadership Council was first established, made up of 10 senior executives, and goals and KPIs were identified for the desired performance. “We invigorated our foundational safety program… We also introduced our Rules to Live By, which are basic safety expectations,” Mr Hibbard explained.

With a foundation in place and senior leadership support cemented, the company realized it needed to identify employees who were the “influencers” and make them champions of this program. “The challenge was how do we engage people closer to the shop floor, coalface, rig floors and our operations facilities… We need to figure out how to engage the informal leaders, the people that don’t have the leadership title.”

Because the company is organized into nine regions around the world, “it’s imperative that we build those relationships with the regional vice presidents and the regional product line managers to ensure that we have a consistent approach and to ensure that we agree on the desired objectives and outcomes. It was these people that, after the initial training course, we relied on to carry it forward and to drive the sustained efforts,” Mr Hibbard said.

It was decided that, over the course of 2013, one pilot training course would be delivered in each regional hub around the world. To identify locations for these pilot programs, Weatherford analyzed its incident data and found an alarming trend. “In every one of our regions, there were between three and six facilities that caused about 57% of our incidents in that region,” he said. “It made a lot of sense to start there. That would give us immediate bang for the buck, and it would be a great place to start to have an impact.”

With the locations identified, Mr Hibbard’s corporate team then had to identify the people who would become local champions. They decided to look for “individuals that have the ability to influence others and inevitably positively influence our safety culture. They may be formal and informal leaders. What I mean is that they may not be in a management position today. They’re people that everyone looks to for direction. They’re the people that others want to be with. They’re role models in the organization.”

Personal invitations were extended from regional VPs to each individual identified. “There was no mandated attendance. It was an invitation,” Mr Hibbard emphasized.

Everyone from the targeted work locations was asked to fill out an online safety culture perception survey. “We used this as an input to the class and to customize the content for that specific region. In order to know where we’re going to, we have to obviously know where we’re starting from.”

In order to make this program feel more special than other training the employees may go through, all participants were pulled from work and flown to a regional hub for a two-day workshop. Here, they were given opportunities to network with senior executives and other HSE and corporate leaders. “The primary focus of the first day was really to create a call to urgency, that we’ve got a problem and we need help to fix it.”

Exercises were conducted in which participants were asked to put themselves in place of a real incident. “If it had happened to them, what if they didn’t get to go home from work? What would happen to their family? Immediately? What would happen in five, 10, 20 years? … This exercise was extremely powerful. In many cases, we had people break down,” Mr Hibbard recalled.

During the evening, motivational speakers were brought in, and key operator clients also joined the group to convey their support.

Day 2 focused on providing participants with tools they could use back at their work locations. For example, intervention strategies were practiced by role-playing actual interventions from their work sites. “The critical thing here is we wanted to get guys engaged in stop-work authority and intervention. For some reason, it’s not very hard to intervene at home. You see your loved ones, your children, doing something that’s going to put them in harm’s way – you stop them. It seems to be a much, much harder nut to crack at work, and it’s something that we’re working on.”

Since only one pilot has been done in each regional hub, Mr Hibbard said, there has not been a massive impact yet. However, he notes that the company has seen a 25% increase in manhours since they began building this program in 2011. “In that time, we’ve dropped our total recordables by 26%. We’ve dropped our lost-time rate by 40% and our preventable vehicle (incident) rate by 33%. It appears that some of the things we’ve put in place are starting to have an impact.” 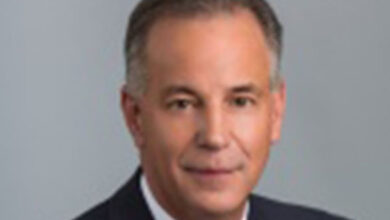 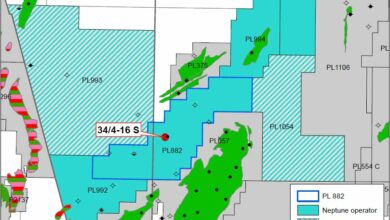