According to ISP statistics, the floorman is injured the most often while tripping drill pipe in and out of the well. Most of these injuries occur on the rig floor in the “caught between objects” category.

As a result of seeing these kinds of statistics over the years, the drilling industry has continued to place more and more emphasis on keeping hands and fingers from being injured. There have been many hand and finger injury prevention campaigns in the industry for years. More recently, companies have been looking to protective devices, such as different types of gloves, to make further safety improvements, said Joe Hurt, IADC regional vice president North America and lead staff land HSE issues.

Other efforts continue to be made as well. Automation has been introduced as a method to reduce hand injuries. Company campaigns to boost awareness were presented at an IADC HSE Committee meeting last year. More companies are placing pinch point stickers around the rigs to alert workers of potential danger.

A well-known hand safety program in the industry is Moody International’s “High Five” initiative, developed “because we received many requests from oil and gas clients who were having difficulty controlling their hand injuries despite their many attempts to initiate hand injury prevention processes,” said Jade Strong, regional manager – North America for Moody International. The behavior-based program focuses on people rather than equipment or policies, she said.

A major operator also has launched a 100-day campaign on the subject of finger and hand safety. For each day of the campaign, an incident that resulted in an injury was shown during the daily safety meeting. Each incident was taken from drilling experiences within the region to ensure they were relevant to the crews. The presentation would include a description of the incident and the consequences, including photos. Crews would then be asked to identify the hazard, discuss why it had not been recognized and what should be done to avoid similar incidents.

To help the industry to continue to reduce the incidence rate for finger and hand injuries, Drilling Contractor asked HSE personnel at operator, drilling contractor and service companies to share a few tips on hand safety. The following is a compilation of good practices collected that may prove useful in your organization:

1. The use of gloves was the most frequently cited tip from the companies DC spoke with. One contractor said that his company has mandated the use of impact-resistant gloves for certain positions, while another contractor said his company now requires employees to wear impact-resistant gloves as everyday gloves. One company noted that the use of brightly colored gloves can increase employee awareness of hand safety while working. It is important to change the color of the glove on a regular basis to revive the sensory awareness of the employee, the contractor said.

2. Another commonly mentioned good practice was the adoption of a “hands off loads” policy where no one touches a load after it has been rigged. Provide push tools and tag lines to help employees keep hands out of lifting operations.

4. Clearly identify pinch points. Paint the hazards a different color or place stickers at each potential pinch point so workers are alerted when they see the stickers or brightly painted hazardous areas. Everyone is responsible for being aware of the hazards around them.

5. Do not allow employees to wear jewelry (rings and watches) while performing tasks.  “We experience too many hand and finger incidents, which of course, had the injured party been wearing jewelry, the impact of the incident would have been a lot worse,” one operator representative said.

6. Ban the use of adjustable wrenches as they have a tendency to slip, increasing the opportunity for hand or finger injury.

7. Often, employees place the non-dominant hand in the line of fire, increasing the risk of hand injuries, said the HSE director of a major service company. Remind employees to be aware of hand placement, especially of their non-dominant hand.

8. During pre-risk assessments and job safety analysis, a review of hand safety must include cut, pinching and puncture risk, chemical exposure and any other type of identified hazard.

9. During training, have your employees consider the effects of a hand injury from different viewpoints. Have them imagine not being able to do something so simple as to hold their child’s hand.

“I have worked real hard on getting my team members to understand the long-term effects of a finger injury. Make it personal,” one contractor said. Role playing can also help. Tape up each student’s dominant hand to simulate a debilitating injury for the training session. Give them exercises to perform that are difficult when one does not have use of the dominant hand.

10. An important element in any safety program is to involve the crews in the discussion. One operator noted that her company developed a safety campaign that included an interactive DVD. After viewing the DVD, crews in the safety meetings were asked to respond to the following questions:

1. What can the company do to reduce the risk of finger injuries?

2. What can your team do to prevent such injuries?

3. What can you to do reduce the risk of finger injuries?

All feedback was compiled and made available to participants and instructors for further comment and discussion. All proposals were considered and implemented, where practical. 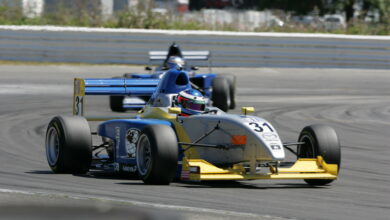 HSE&T Corner: Learning from the fast lane: Formula One improves safety by putting it second to none