Describing this most recent downturn as the worst the industry has seen in a generation, John Lindsay, President and CEO of Helmerich and Payne (H&P), recently called for the industry not only to fully embrace digitalization but also to step up their willingness to think differently. In the current economic environment, he said, adoption of digital technologies will likely prove critical as companies along the oil and gas supply chain are forced to seek new ways to further improve efficiencies and lower costs.

Speaking during a plenary session at the 2021 SPE/IADC International Drilling Conference on 10 March, he outlined the steps H&P is taking to incorporate digital solutions in its own operations.

“As you think about coupling digital technologies along with new business models where companies are successfully investing in digital, you have the ability to make a return on your technology investment,” Mr Lindsay said. “That’s the big challenge we have in our industry. This is an industry that can’t cling to the status quo. We’ve got to be willing to reinvent many of our processes, adapt, and maintain our vibrant and essential industry.”

In recent years, H&P has invested heavily in automation and remote monitoring. For example, AutoSlide is a suite of automated drilling services that automates the control of surface equipment and steerable mud motors to optimize sliding in deviated and horizontal slide drilling. The system leverages applications like the Motive Bit Guidance system, which uses cognitive computing to automate decision making in the directional drilling process. The investment in automated slide drilling has paid dividends already, as the company has seen more than 25% improvement in toolface precision, Mr Lindsay said.

“We’ve seen consistent evidence of improved performance,” he explained. “We’ve seen the ability to land the curve earlier in the zone and more reliably in the zone than what the traditional human driller can do. That’s a real positive. In many cases, it’s enabled us to de-man, and with COVID that was an important thing because it meant we had less exposure at the rig site.”

A critical consideration during the digital adoption process, he added, is change management. This means having open and frequent communication to help employees better understand and trust in new technologies. When H&P implements new automated applications, the company emphasizes communicating KPIs, defining what it intends to achieve with each app and showing its employees where they fit into changing workflows.

For example, he said, “it isn’t uncommon to hear a reaction from someone on the rig or one of our customers saying, ‘What do you mean you’re going to move the directional driller from the rig?’ Something like that is very disruptive. It’s a big change, and that’s why change management is so important in this adoption process. You need to fully trust the technologies that you’re developing.”

“What we’ve found is that roles aren’t being lost,” Mr Lindsay said. “We’re just removing people from 24/7 decision making, and that really enables the experts to provide broader oversight and vision from that remote center. We’ve had some feedback from some of the directional drillers that job quality has improved in many respects.” 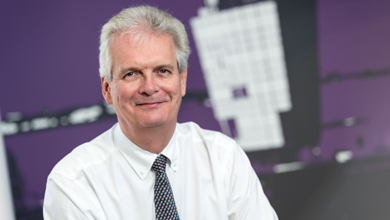