In this time of intense capital discipline within the oil and gas industry, many operators are turning to well interventions as a way to maximize the value of producing assets. However, more innovative thinking is needed to help make interventions more effective in the near- and long-term future, a panel of operators said at the 2021 SPE/ICoTA Well Intervention Conference on 25 March.

Automation could also be a big driver for better preventive maintenance. By using automated tools to diagnose and fix problems on site, without the need for surveys or the deployment of additional equipment, operators could unlock significant cost and operational efficiencies, he said. Petronas, for example, is exploring the use of robotics to reduce exposure risk among well intervention personnel.

“Innovation is not just about tools and equipment but about the whole process,” Mr Mohktar added. “Well intervention is, in general, known to be a doctor. If a well is sick or a well needs to be fixed, you call for well intervention. But we can make it a preventive service. We need to focus on preventive maintenance, working with the asset so that, before it actually fails, we can go out and do the necessary servicing.”

Equinor is also looking at reducing manual handling in well interventions. Such operations often require personnel to work in tight spaces, Arthur Arnaud, Improvement Leader for Intervention Operations at Equinor, pointed out. Technology developers should be looking at innovations that could help eliminate the need for manual handling and promote hands-free rigging, he urged.

“We could be making steps towards automated rigging and see some efficiencies kick in over the long term, when we’re not manually handling things. We do have repetitive rigging phases. There are some things that make it difficult to automate. We need to pinpoint those things and eliminate them,” Mr Arnaud said.

Total is currently using digitalization to improve safety and efficiency in well interventions, said Edward Kalu, Head of Well Specialties for the operator. Through its DrillX program, Total has developed systems to analyze past trends and predict problematic situations such as stuck pipe and well influx. They can then be combined with remote monitoring to create a robust tool for predictive maintenance.

“We have a large portfolio of wells that are aging, and we want to be able to decommission them as safely and as efficiently as possible,” Mr Kalu said, calling rigless intervention a critical enabling technology. “For subsea wells, we really need to be able to intervene in a rigless way, spot proper treatments.”

Operators have put a lot of effort in recent years into benchmarking their rigging activities and examining how much time personnel spends on rig-up, as opposed to the value-added work being done in the well. Minimizing the amount of manual work being done in well interventions would be a big value proposition, said Stian Jorgensen, VP Drilling and Wells – Operations Intervention Alliance at Aker BP. However, before the industry can develop solutions, it must better understand the specific activities where automation would provide the best value.

“When you fix a well or you get additional production, it’s quite easy to understand the value,” Mr Jorgensen said. “But when you talk about something like P&A, it may be a bit harder to get a common currency to address value. You can talk about rig days saved and how you can then translate that into using a rig somewhere else and drilling new wells, but I think the conversation starts with actually measuring what we’re doing and what we’re getting. Drilling has been doing that for years. I would love to see if we could have a benchmark for the intervention side, as well.”

Abdulrahman Al-Ghamdi, Northern Area Well Completions Operations Department Manager at Saudi Aramco, acknowledged that the industry lacks consensus on KPIs to measure overall performance in well intervention. He chalked this up to the nature of well intervention work: There are too many variables to adequately gauge the effectiveness of one company’s performance against another’s.

This doesn’t mean that a standardized benchmark is impossible, however. In fact, Mr Al-Ghamdi argued that it’s necessary for evaluating new technologies.

“If you look at an offshore environment, the logistics to getting out there are very hectic,” he said. “Something has to be developed to give people assurance that these operations are being performed reliably and efficiently. It’s really time to have a standard.”

H&P President and CEO: Industry must embrace digitalization, automation to survive in the future 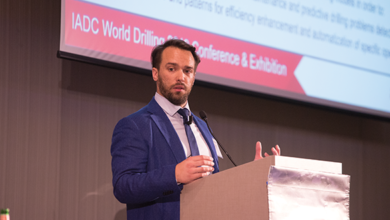 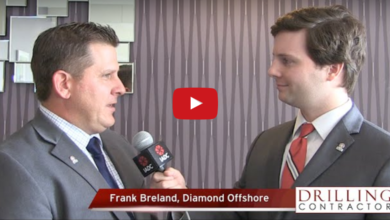