The world needs energy, and the oil and gas industry will continue to play an important role in providing that energy in the decades to come. At the same time, the industry is striving to provide that energy in safer, more efficient and more sustainable ways than it ever has before. To meet that objective, operators and drilling contractors must engage in open collaboration in a number of areas, said Rod Henson, VP of Wells at ExxonMobil.

During a keynote address on 4 November at the 2021 IADC Annual General Meeting, held in Dallas, Texas, Mr Henson discussed three areas where collaboration will be key for the industry moving forward: personal safety, process safety and the energy transition. “We, as an industry, need to work together more than ever before to demonstrate that we are a safe industry, that we are a responsible industry, and that we are an industry that young folks can feel proud and excited to join,” he said.

In recent years, ExxonMobil has focused on improving safety through its “hurt-based” approach, which categorizes incidents by the level of “hurts” registered among personnel. It ranges from Level 0, a no-hurt incident (no injuries or fatalities), up to Level 5, the worst-case scenario (multiple fatalities). The approach also accounts for potential hurt levels that could have occurred in a given incident if not for timely action by a crew member.

“At ExxonMobil in 2020, we achieved our best-ever safety performance in almost every safety metric. In 2021, we’re on pace to beat that,” Mr Henson said. However, he acknowledged that the company “still has more work to do,” noting that it has had eight high-potential incidents across its global operations this year.

Besides looking more closely at human performance principles and investing more in rig automation, Mr Henson also suggested that “we just need to make it more seamless for contractors to move between operators.” For instance, instead of using set different sets of in-house life-saving rules, ExxonMobil has adopted IOGP’s Life-Saving Rules to enhance consistency. “It’s a small step, but I do think it’s a step in the right direction.”

When it comes to process safety, Mr Henson said risk management is critical. ExxonMobil believes that safeguards – such as influx detection or shutting in the well – should each have an “owner” whose responsibility is to ensure that that specific safeguard always remains in good working order. The owner needs to be on-site, not support staff located in an office, he added. “The buck stops with the safeguard owner.”

Moreover, because there are a lot of things happening on a rig site, not everything can be critical. “We need to really understand what the highest consequence risks are, understand what those critical safeguards are, and they need to have a person that knows their responsibility to manage that safeguard,” he said.

Beyond personal and process safety, ExxonMobil also sees the transition to a low-carbon future as a major challenge – one that offers numerous opportunities for companies to collaborate on innovative solutions. Technologies are already being developed and utilized to reduce fuel usage, such as flywheel technology, hoisting energy recovery systems and battery systems. Most of ExxonMobil’s rigs in the Permian are also running on grid-supplied electricity, he pointed out.

“From an operator standpoint, usually the actual rig operations are not our major source of emissions, but they’re not insignificant,” Mr Henson said. “At the end of the day, we all have an obligation to look within our 40 acres and do our part to help mitigate the risks of climate change.”

He applauded drilling contractors for the efforts they’re undertaking to lower the industry’s carbon footprint. “I know that it’s not always easy decisions that cost money. There are economic factors to consider, and there’s downtime for installation to consider.” However, in order to be part of the solution, he asked rig contractors to “take the lead” in developing systems to further advance fuel efficiency on the rig.

For operators like ExxonMobil, an area of particular focus is in the development of carbon capture and storage (CCS) technology. In February, the company launched ExxonMobil Low Carbon Solutions, which is advancing plans for more than 20 new CCS opportunities globally, including a potential CCS hub in Houston that would store 50 million tonnes of CO2 in the US Gulf of Mexico by 2030.

Mr Henson acknowledged that more research will be needed to deploy CCS on a wide scale. Operators will likely focus on building infrastructure to transport CO2, while the expertise of drilling contractors will be needed to design and construct new wells, as well as intervene in existing abandoned wells, to ensure high-integrity CO2 storage subsurface.

“CCS is a critical component to achieving society’s environmental goals. It is one of the few proven technologies that can significantly reduce emissions in the higher-emissions sector, and that’s a good thing for us. That’s going to be an area that will have an expanding role for us for a long time in the future,” Mr Henson said. 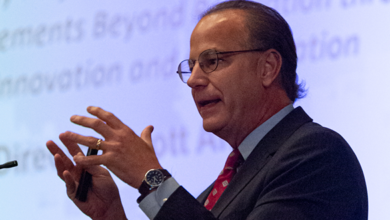 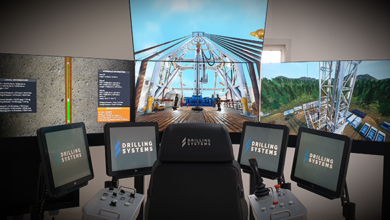 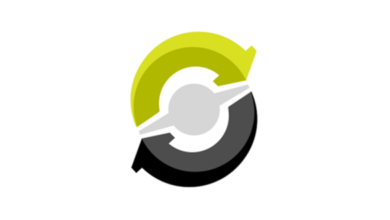