Randy Smith and Linda Ibrahim each received IADC Exemplary Service Awards on 4 November at the 2021 IADC Annual General Meeting, held in Dallas, Texas. The award recognizes an individual’s outstanding contributions to the drilling industry and to IADC. Recipients have, during their careers, repeatedly demonstrated their commitment to improving the drilling industry and advancing its safety, training or technology. Mr Smith is Founder of Smith Mason & Co., and Ms Ibrahim serves as Chief Accounting Officer and VP Tax at Vantage Drilling.

Mr Smith graduated from Delta State University with a bachelor’s degree in biology. He began his career on workover rigs in Natchez, Mississippi, and on pipeline jobs for both land and offshore Gulf of Mexico (GOM). He then worked for four years in Iran with SEDCO on land rigs as a roughneck, derrick hand, assistant driller and driller. He also taught drilling and well control.

Mr Smith then moved on to a role as Personnel Coordinator for West Africa with SEDCO for two years, then to a role teaching well control for the company on North Sea offshore rigs. In 1986 he started Randy Smith Training Solutions, teaching well control, stuck pipe prevention, drilling technology and safety leadership in more than 40 countries until 2008. He founded Smith Mason & Co. in 2014. Mr Smith has participated in countless IADC conferences as a speaker and as a member of program committees.

“I’m very humbled by this award. It’s been a long run, and I’ve enjoyed every minute of it. All the drilling contractors, all the operators, all the service companies, that’s what we’re really talking about. I want to thank you guys for making the industry better. I really appreciate the work you do addressing problems and making life better for our guys,” Mr Smith said.

Ms Ibrahim has more than 24 years of experience, with a focus on the energy industry. She joined Vantage Drilling in 2010, having previously worked at Pride International and PricewaterhouseCoopers (PwC). As part of her responsibilities at Vantage Drilling, she manages a team of professionals, ensures timely, accurate financial statement preparation and develops the company’s tax strategy in more than 25 countries.

Ms Ibrahim has been active with IADC for most of her career. She chaired the IADC Tax Committee for the past three years before stepping down in June 2021. She is also a member of the Board of Directors for two non-profit organizations, Lean In Energy and Ovarcome.

“It’s been very, very gratifying getting to know the world through the industry,” Ms Ibrahim said. “I have been many things in the drilling industry, but one thing I have never been is bored. It’s just so dynamic. It’s always changing, and it keeps on challenging us.” 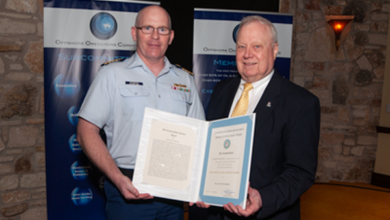