Global oilfield services (OFS) markets are facing difficult headwinds as a function of commodity prices. The market is entering a new cycle characterized by oversupply in the near term but will rebound with new highs reached by 2018, according to Douglas-Westwood’s new World Oilfield Services Market Forecast. Compared with 2014, total expenditure for 2015 is forecast to decline by 30% to $216 billion – a direct consequence of oil prices falling by approximately 60% since June 2014. The current low oil price environment has caused a significant reduction in anticipated wells drilled, particularly in the onshore US market, where the majority of worldwide OFS spending takes place. A large number of US completions of already drilled wells are expected to slip beyond 2015 as operators look to maximize revenue from initial production rates. Further, evidence from industry consultation indicates that pressure had been placed on OFS companies to cut prices in order to help operators weather the low oil price storm. Fundamentally, this will result in significantly lower OFS expenditure through the coming years, the forecast stated.

Post-2015, Douglas-Westwood expects onshore drilling rates to begin to rally in line with recovering oil prices, prompting a recovery in onshore OFS expenditure. However, the firm is not anticipating a return to 2014 levels until 2017. A particularly strong recovery in North America is expected, with OFS expenditure growing by $39 billion between 2015 and 2016, an increase of 63% year-on-year. Expenditure in other onshore-dominated regions, such as Asia and the Middle East, are also expected to see recovery as oil prices rise, due to the sensitivity of onshore drilling activity to changes in oil price.

The Douglas-Westwood offshore OFS forecast is generally less affected by oil price declines, particularly in the short term. This is a result of many offshore drilling projects being sanctioned years in advance, particularly in deepwater plays such as Angola and Brazil. The largest component of offshore expenditure is rig and crew, driven by rig rates and labor costs. The analyst firm expects dayrates in the forecast period – sourced through the offshore rig forecast – to be impacted by oversupply and lower utilization.

In the long term, the shale boom in the US is likely to continue post-oil price recovery, driving onshore North American OFS expenditure above $130 billion in 2019 for the first time in history. Spending in stimulation, completions equipment and perforation – all of which are closely tied to unconventionals – are expected to see the strongest growth through to 2019. Similar trends are also expected in countries where fledgling unconventional sectors are expected to see strong growth through the forecast period, such as Argentina, Australia and China. 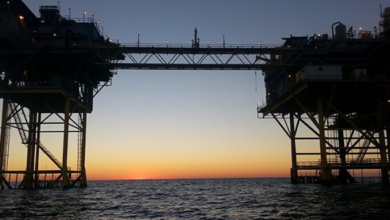 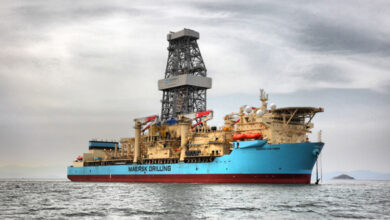