DNV’s summer students presented the results of seven weeks of work to develop a realistic concept for a year-round Arctic oil spill response system, including requirements for people, vessels and equipment. The project is an annual program organized during the summer months for students in their final year of a master’s degree program.

“We know that the world needs more energy,  and we know that much of this energy is located in unfriendly and vulnerable areas of the world. Adequate oil spill response systems are therefore of vital importance. These are complex issues that the world’s leading scientists, researchers and engineers spend considerable time and resources on. So I am impressed by what these 10 students have been able to process and produce during seven short summer weeks,” Henrik O. Madsen, CEO of DNV, said.

Realistic and innovative
Research shows that about 22% to 25% of the world’s undiscovered petroleum resources are located in the Arctic. However, there are many complex challenges related to drilling in this region. One of these is to have a system in place should an accident occur. “We presented a realistic, innovative Arctic oil spill response system we have called the AURORA – Arctic United Response Operation and Recovery Agreement – combining new ideas and fresh insight,” Martin Andestad, project manager of the summer program, explained. The main purpose of an oil spill response system is to limit the consequences of an oil spill, and the methods are divided into three categories: mechanical recovery, non-mechanical recovery and manual recovery.

The AURORA is divided into three oil spill response levels. The first response is conducted by on-site vessels. The second is conducted by vessels arriving from the closest cold or warm hub. Warm hubs contain all the equipment included in the AURORA, while cold hubs function as extensions of the warm hubs. The third, which includes beach cleanup, is a large mobilization by all hubs. The hub locations are chosen based on the existing infrastructure along the Northern Sea Route.

Multifunctional Concept Vessel
The AURORA’s cornerstone is a multifunctional concept vessel – the Boreast – capable of performing oil spill response tasks in the Arctic. This vessel has a number of innovative solutions on board, including an unmanned aerial vehicle, remote in-situ burning, an autonomous underwater vehicle, towable storage bladders and an ice cleaning conveyor belt. The AURORA further combines efficient logistics, appropriate vessels, a range of equipment and human expertise to create an oil spill response system with high performance and low cost. The students presented the concept in two scenarios; a drilling rig blowout and a cargo ship grounding.

“The AURORA states a high level of preparation,”the students said, “but this might not be enough to ensure safe operations in the future. In the Arctic, there is no room for a weak link.” 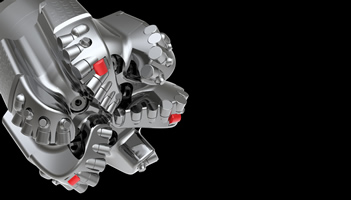