Bentec recently announced three multimillion-dollar contracts. Under the first contract, the company will build its first complete drilling rig for offshore operations in the Caspian Sea, off the coast of Azerbaijan. The rig will be built for Nobel Oil. The offshore drilling package will include the company’s recently launched 750-ton top drive and new 3,000-hp drawworks. The rig will be installed on an existing platform in early 2016. This contract award builds on Bentec’s 2013 sale of a 500-ton top drive to an operator in the Caspian Sea.

Under a second contract, Bentec will manufacture three 320-ton cluster slider rigs for Russian joint stock company Samotlorneftepromkhim. By reducing each rig’s weight and cabling by 150 tons and 6,500 m, respectively, the time needed for assembly, disassembly and rig moves has been reduced. Consequently, manufacturing and transportation costs have also been decreased.

The rigs will be manufactured at Bentec’s subsidiary in Tyumen, Russia. Commissioning of the three rigs is expected to be complete toward the end of this year.

Under the third contract, Bentec will supply a Russian customer with 13 new-generation TD-350-XT top drive systems. All units will be manufactured at the company’s facility in Bad Bentheim, Germany, and are scheduled for delivery between May and October 2015.

“We are delighted to have secured such substantial orders in these difficult times for our industry and are very much looking forward to working with these clients,” Bentec CEO Dirk Schulze said. “These new contracts send out a strong signal to the market, not only in Russia but beyond, and are testament to our strategy of concentrating on providing premium quality at competitive prices, whilst reducing the total cost of ownership for our clients.”

Premier has made an oil discovery at the Isobel Deep exploration well 14/20-1 in the North Falkland Basin, approximately 30 km south of the Sea Lion field. The Isobel Deep exploration well has been drilled to a depth of 8,289 ft, reaching top reservoir on prognosis. The bottom 75 ft of the well consists of oil-bearing F3 sands. These sands were at a higher-than-expected reservoir pressure, and this resulted in an influx into the well. As part of the operations to remove the influx, oil was recovered from the well and appears similar in nature to Sea Lion crude. It has been decided to suspend operations on the well and release the rig to drill in the South Falkland Basin. The rig is expected to return to continue operations in the North Falkland Basin in August.

“This is an important play-opening discovery in the previously unexplored southern area of License PL004,” Andrew Lodge, Exploration Director, said. Premier is now considering the optimal appraisal program for the Elaine/Isobel complex in PL004.

Based on preliminary analysis of drilling results, Tortue-1 has intersected approximately 10 m (32 ft) of net hydrocarbon pay in the lower Albian section, which is currently interpreted to be gas.

This is in addition to the previously announced 107 m (351 ft) of net pay encountered in the Cenomanian, which was the primary objective.

The well was drilled beyond the primary objective to obtain deeper stratigraphic information and enable seismic calibration of the Albian, which will be tested in subsequent wells. Down to total depth drilled, no water was encountered in the well.

Keppel FELS held a triple rig-naming ceremony at its Singapore yard on 30 May for three identical rigs to be delivered to Mexican company Grupo R.

The rigs – built to the KFELS B class design – were named CANTARELL I, CANTARELL II and CANTARELL III. They are the first three of five rigs that Keppel FELS is building for Grupo R. The KFELS B Class jackup is designed to operate in water depths of up to 400 ft and drill to depths of 30,000 ft.

Two new rigs from Latshaw Drilling began operations in February and March in the Permian Basin. Rigs 43 and 44 are both National Oilwell Varco (NOV) Ideal 1,500-hp AC rigs with TDS-11 500-ton top drives, NOV 12-P-160 mud pumps with 7,500-psi circulating systems, and walking systems capable of walking up to 120 ft on a multi-well pad. With these two rigs, Latshaw now has eight late-model AC rigs out of its fleet of 40 rigs.

LoneStar Energy Fabrication has completed work on the $5.1 billion Big Foot drilling platform that is ready to begin drilling in the Gulf of Mexico. LoneStar Energy was the primary fabricator of the 4,600-hp modular drilling rig. The extended tension-leg platform is the industry’s largest and will operate on the Big Foot oil and gas field, 225 miles south of New Orleans. The project took two years to complete.

The platform will house 200 workers and has the capacity to produce 75,000 bbl/day of oil and 25 million cu ft/day of gas. Standing more than 40 stories above the Gulf of Mexico and weighing more than 8,200 tons, it will operate in 5,200 ft of water.

In May, Ensco announced it had entered into a three-year contract with National Drilling Co (NDC) in the United Arab Emirates for a new premium jackup, ENSCO 110. The newbuild is contracted at a rate of approximately $114,000/day.

NDC has also contracted ENSCO 104 for a three-year term at a dayrate of $114,000. The rig was mobilizing to the Middle East from the Asia Pacific region and scheduled to commence its new contract in late June.

Ensco CEO Carl Trowell commented, “We are pleased to extend our relationship with NDC. The Middle East is the largest market for premium jackups, and we continue to invest in new rig technology for the benefit of customers.”

In addition to ENSCO 110, two more high-specification jackups, ENSCO 140 and ENSCO 141, are scheduled for delivery in 2016 from Lamprell’s shipyard in the United Arab Emirates, he added.

ENSCO 110 is based on the Keppel FELS B Class Bigfoot design, which is capable of working at water depths up to 400 ft, with a maximum drilling depth of 30,000 ft. The rig has a nominal variable deck load of 7,500 kips and a cantilever load of 2,500 kips. It includes a 1.5 million-lb derrick, TDS-8 top drive and 4-ram 15,000-psi BOP. Ensco customized the rig to add dual drilling fluid capability and upgraded the living quarters to accommodate 150 people onboard.

Maersk Oil has discovered hydrocarbons from the exploration well Xana-1X, which was drilled in license 9/95 in the northern part of the Danish sector of the North Sea.

“The drilling of the high-pressure, high-temperature exploration well has been completed. At present, the partners are in the process of assessing the technical and commercial implications of the discovery and looking at potential follow-up,” Martin Rune Pedersen, Managing Director of Maersk Oil’s Danish Business Unit, said.

The Xana-1X well was drilled in a water depth of 68 m and to a total drilling depth of 5,071 m in the Jurassic formation.

“I am encouraged by the results of the first well on the Stabroek Block,” Stephen M. Greenlee, President of ExxonMobil Exploration Company, said. “Over the coming months, we will work to determine the commercial viability of the discovered resource, as well as evaluate other resource potential on the block.” The well was spudded on 5 March. The well data will be analyzed in the coming months to better determine the full resource potential.

Click here to visit DC’s Global and Regional Markets microsite with more rig construction and contracts news, as well as oil and gas discoveries and field development updates from around the world. 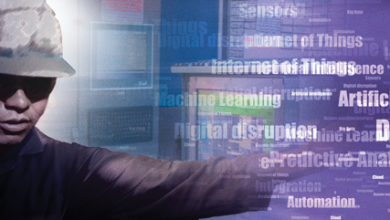