Providing the regulator perspective in a keynote address at the 2012 IADC Annual General Meeting in Scottsdale, Ariz., last week, Rear Admiral James Watson, director of the US Bureau of Safety and Environmental Enforcement (BSEE) revisited the agency’s issuance of the Incidents of Non-Compliance (INC) policy and outlined its strategic plan.

In August, after BSEE issued the interim policy document on Issuance of an INC to Contractors, IADC quickly issued a statement expressing concern that “the unprecedented policy demonstrates a significant deviation from the global paradigm of holding operators ultimately responsible for accidents at the well site.”

The goal of the INC, which Director Watson emphasized is an internal BSEE policy, is to provide guidance to the BSEE’s field personnel on site for an inspection or investigation in the event of an incident, he explained. He acknowledged that there has been limited application of authority to contractors in the past, and the system worked very well for many years. “We don’t want to break what is working well. We want to continue to hold lessees, the operators, responsible, and this policy is not going to change that at all.”

However, Director Watson noted that there are specific cases where BSEE believes authority needs to be expanded to the contractors and the threshold question of what the contractor did or failed to do needs to be analyzed. Director Watson made clear that the role of the contractor will not be considered unless a serious incident has occurred in which significant harm to people or the environment has occurred. “Even then, these incidents of non-compliance will only be issued after a very thorough, secondary review by management,” he stated.

Examples of potential events that might lead to an INC include failure to update or switch out a critical safety equipment and failure to take safety precautions during a situation that is inherently risky.

Director Watson also outlined BSEE 2015, the agency’s strategic plan to bolster its work force and enhance its capabilities in order to build and sustain its organizational, technical and intellectual capacity across key functions. “I think there had been some complacency by the government in maintaining the staff levels and the budgetary support needed to do the job that we have to provide oversight of the industry and competency in the engineering side and in the inspection side,” Director Watson said. “We need to keep pace with that. We need to be innovative. We need to be listening to experts in the field.”

In 2012, the bureau grew with 166 new-hires and expects to continue to hire an average of eight people per month in the coming year. The focus will be on inspectors, engineers and geologists.

The agency aso expects to apply a hybrid prescriptive plus performance-based approach to regulations, which BSEE believes is reflective of current standards and regulations and developed with performance standards under the Safety and Environmental Management System (SEMS) to support safety and environmental protection in the industry, Director Watson explained.

The hybrid approach also goes hand-in-hand with risk management, which highlights a new niche within the bureau for analysts. “We need to have ability to actually analyze information, of which we have tons of, to be able to identify what the real risks are and focus our attention,” he noted. 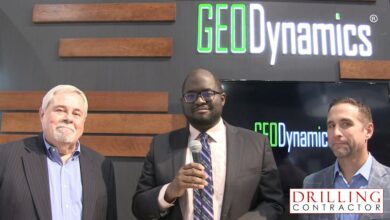 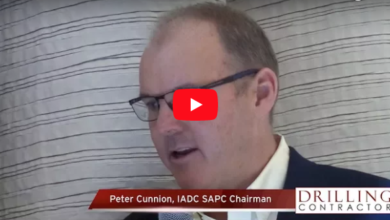