Recounting Petrobras’ history in pre-salt activities so far, Carlos Tadeu da Costa Fraga, executive manager for Petrobras, shared the company’s strategy to accelerate the transformation of discoveries to producing fields. In 2012, its pre-salt production made up 7% of the company’s total output, Mr Fraga stated at the 2013 OTC in Houston on 7 May. “We expect to have 42% of production coming from pre-salt in 2017 and 50% of the total production coming from the pre-salt in 2020.”

Petrobras’ pre-salt exploration of the Santos Basin began in 2000 and 2001 with the acquisition of the Santos Basin pre-salt blocks, drilling the first wildcat well in 2005. In 2006, the company made its first major discovery with the Lula field, and by 2010, Petrobras had declared commercial production from that field. Drawing a comparison between the Campos and Santos basins, Mr Fraga noted the sizeable volume being discovered in the Santos Basin in a relatively short amount of time. “The Campos Basin took us 23 years since the first discovery to have the current assessment that we have regarding the volume of oil and gas in place,” he said. “In pre-salt, just after the first four years of exploration and after the first discovery, we’ve reached the same point in oil and gas assessment.”

Although it took Petrobras a much shorter timeline to explore and assess the Santos Basin than Campos, Mr Fraga noted that the strategy used was the same for both areas. “First is a very intensive appraisal step to understand the reservoir and to come up with the proper and responsible decision after we learn about the area.” In the Santos Basin alone, up to the end of 2012, Petrobras had drilled 60 wells, run 41 drill stem tests and cut approximately 4,900 ft (1.5 km) of coring. The company had run 72 conventional logs and 57 production logs during wells tests.

Production numbers indicate the company’s success, with its approximately 300,000 bbls/day of production expected to reach more than 1 million bbls/day by 2017 and more than 2 million bbls/day by 2020. “It’s possible, but it’s going to demand a lot of energy and work,” Mr Fraga said. “I’m very confident we are going to do it. We need to count on you all to have those projects in on time and on schedule and on cost,” he told the OTC audience.

Mr Fraga referred to innovation acceleration – technological development from geological models and flow models, well technology and subsea equipment, which is key to ramp up production. “As we have a very sizeable area, as we are going to have long-term performance, we want to be able to accommodate any new technology that may come in the future,” he said. Petrobras also is working to reduce its drilling costs, which represent approximately 50% of its capital expenses in pre-salt. The current average drilling time for a well is already 50% less than the average time of 143 days in 2006. “We are drilling wells around 70 days,” Mr Fraga said. “Last week we finished a well in less than 40 days.” 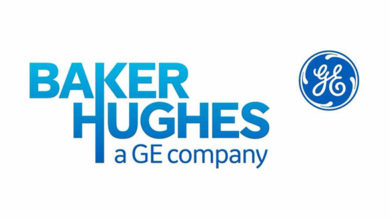