Based on STEO’s expected production levels at new fields and existing fields, annual crude oil production in the GOM will increase to an average of 1.7 million bbl/day in 2018 and 1.8 million bbl/day in 2019. However, uncertainties in oil markets may still affect long-term planning and operations in the GOM, and the timelines of future projects may change accordingly.

Because of the amount of time needed to discover and develop large offshore projects, oil production in the GOM is less sensitive to short-term oil price movements than onshore production in the Lower 48 states. In 2015 and early 2016, decreasing profit margins and reduced expectations for a quick oil price recovery prompted many GOM operators to pull back on future deepwater exploration spending and to restructure or delay drilling rig contracts, causing average monthly rig counts to decline through 2017. 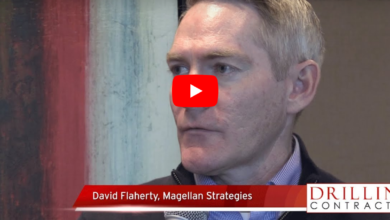 US political landscape in flux heading into 2020 presidential election