The sweeping energy reform bill passed by Mexico’s legislature in December will be followed by secondary legislation addressing the framework for production-sharing and concession agreements. This sets the stage for an initial, year-end bidding round with an expected focus on unconventionals, according to an executive with NES Global Talent, a supplier of technical and engineering expertise to the oil and gas industry. “The unconventional sector is where the biggest impact will be initially because PEMEX has not had the financial resources to develop those assets,” said Carolyn Stewart, regional business development manager for NES Global Talent. In anticipation of the ramp-up in activity, the firm expects to open two or three offices in Mexico this year.

The significant move by the Mexican government ends a 76-year monopoly by national operator PEMEX, opening up Mexico’s vast hydrocarbon resources to greater participation by major independent operators. Previously these companies had been limited to compensation on a set fee per unit of work or production.

Besides unconventionals, the other key sector will be the oil-rich offshore arena in the Gulf of Mexico (GOM). “Right now, Mexico ranks 17th globally in oil reserves,” Ms Stewart noted. According to a 2012 report by the US Energy Information Agency (EIA), Mexico has more than 10 billion bbl of proven oil reserves. However, PEMEX has estimated the Mexican GOM could hold as much as 27 billion bbl of oil. In recent years, domestic crude production has declined from 3.8 million bbl/day to 2.5 million bbl/day.

Legislative efforts are under way, including a reorganization of Mexico’s regulatory agency, Secretería de Energía de México (SENER). Additionally, PEMEX is in the process of determining which fields it will keep and which it will release, Ms Stewart said. “PEMEX will keep the assets that are more difficult to drill in an effort to attract more outside investment. The contractual framework will include a combination of production-sharing and concession agreements. In some cases, PEMEX will be a non-operating partner but will receive a percentage of the profits.”

Mexico ranks sixth globally in technically recoverable shale gas reserves, with an estimated 545 trillion cu ft, according to a 2013 EIA report. The reserves are located primarily in the northern region of the country and include the Eagle Ford play, which spills over from Texas, and the La Casita play. PEMEX plans on drilling 175 shale gas wells this year, Ms Stewart said. “With the reform, outside companies are expected to come in to provide much-needed infrastructure to accommodate the expected increase in production.”

Mexico’s offshore sector is also expected to grow, she said, noting that PEMEX invested $21 million last year in offshore development. “There will be outside involvement in the GOM, especially the shelf regions, but PEMEX will keep the deepwater and ultra-deepwater assets that require more advanced technology.” PEMEX plans to drill 104 offshore wells this year and 113 wells in 2015, mainly in the Hollack gas field and the deepwater Perdido basin, which is primarily oil, she added.

SENER will manage the bidding process, as well as other regulatory issues, including local content requirements. “Prior to this legislation passing, a large workforce had already come into Mexico from other South American countries, including Argentina and Venezuela,” Ms Stewart said. “PEMEX also has partnered with other companies to develop training programs.” The reform also includes a provision to create an independent Mexico Oil Fund to administer, distribute and invest Mexico’s oil revenues.

The reform has positive implications for the Mexican economy, as more companies come into the country. “Major outside service companies and drilling contractors are already active in Mexico, but now there will be more opportunity for more mid-sized companies to come in,” she said. 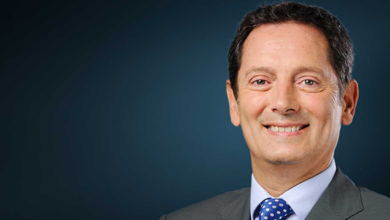