Continued growth of unconventional oil and gas makes the US the most favorable investment market for 2013, with Latin America emerging as the second-greatest growth region, according to a survey of more than 400 industry professionals by GL Noble Denton, an independent technical adviser to the oil and gas industry. The survey, “Seismic Shifts: The Outlook for the Oil and Gas Industry in 2013,” highlights North America as having the greatest hydrocarbon opportunities, with 60% of respondents expecting capital expenditures to increase in the region, particularly the US, said Arthur Stoddart, GL Noble Denton’s executive vice president for the Americas.

The trend is anticipated despite increasing costs to comply with tougher regulations and growing concerns over a global shortage of skilled workers. “The US saw its biggest-ever increase in oil production in 2012, and the International Energy Agency has predicted the country will be in a position to rid itself of its dependence of foreign oil in a decade,” Mr Stoddart said. “While this major shift is principally due to an emerging focus on the recovery of vast unconventional oil reserves, the Gulf of Mexico also has experienced a rebound in deepwater drilling,” he noted.

Nearly 57% of survey respondents said they learned lessons from Macondo and have changed their operating practices.

Respondents ranked North America as the top region in terms of outlook confidence, followed by South America, Europe and Asia Pacific. The top six countries cited as the best oil and gas investment destinations for 2013 are:

“It is interesting to note that two of the top six global investment destinations for 2013 are in Western Europe, a result of renewed interest in the North Sea,” Mr Stoddart said. “Technological innovation has meant that certain mature fields are becoming viable investments once again, and research and development outlay looks set to increase accordingly.”

The survey findings also revealed that the Americas have overtaken Asia as the oil and gas industry’s preferred investment destination, indicating the emergence of an “East/West divide in the global oil market,” Mr Stoddart continued. “The fact that no Asian countries appear in the top six investment destinations signals greater concern in that region about the weakening global economy, along with concerns about spending potential and rising operating costs.”

These findings, however, don’t suggest that the Asian oil and gas industry is likely to suffer a downturn. “Seventy-two percent of survey participants in Asia Pacific are highly or somewhat confident for the outlook of their business in the year ahead,” he said. “Asian innovation will be called upon to boost production in expanding global markets, and ongoing investments in Australia’s LNG mega projects will underpin the region’s confidence for a successful year.”

The survey also reports that industry professionals believe global gas prices will fluctuate by no more than 10% this year. “Depressed gas prices are unlikely to affect investment in gas plays, however,” Mr Stoddart said. “Nearly half of the survey respondents expect overall investment in conventional gas to increase in 2013, while 31% expect the same for unconventional gas. If companies are going to exploit unconventional gas, particularly in the US, they have to build in the delivery infrastructure, and that means pipelines. So, the market will grow in 2013 — it has to.”

With most major producers looking to the Eastern Hemisphere, notably China and India, for gas demand, more pressure on pricing in those markets is expected, he indicated. “Vikram Mehta, the recently retired chairman of the Shell group of companies in India, commented in the survey that the gas price in the US at the end of 2012 was below $3/mBtu, while the price at which India imports gas is more than $12.” 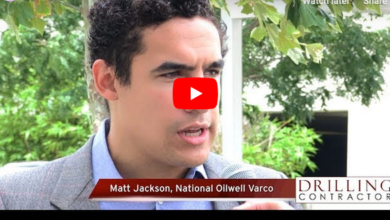 NOVOS evolves, with new emphasis on extracting value through optimization