Over the past decade, the shale revolution in North America drove fundamental changes in global oil markets. This included not only a re-envisioning of how the industry provides critical energy resources to an evolving world but also increasing volatility in commodity prices. This has led to scrutiny about the long-term viability of the shale revolution, amid calls for greater investor returns and reduced spending.

In the panel “North America Shale: What’s the Path Ahead?” at CERAWeek 2021, the discussion focused on the next steps for the US shale industry and the future development of unconventional assets, even as greenhouse gas emissions, net-zero carbon plans and ESG concerns loom large.

Ryan Lance, Chairman and CEO of ConocoPhillips, noted that he expects no real activity growth in North American shales in 2021, even though there has been some recovery in the marketplace over the past few months. “The market remains imbalanced,” he commented.

With around 7 million bbl/day of production still shut-in as part of OPEC+ cuts, Mr Lance acknowledged that demand will need to increase significantly before there can be a true recovery. And while parts of the shale market are already starting to regenerate after a year of rapid decline, E&P companies will be closely watching key factors – like at what level commodity prices stabilize and what is the long-term demand for US tight oil.

Scott Sheffield, CEO of Pioneer Natural Resources, looked more specifically at whether production in the Permian Basin will return to pre-downturn levels. Although Pioneer’s acquisition of Parsley Energy in late 2020 gave the combined company roughly 20 rigs in the basin, he doesn’t foresee big jumps in production either this year or in the next few years. “We’ve laid out 5% production growth starting in 2022,” he commented, “but I see US production staying flat-ish this year at around 11 million barrels a day, with very little growth in the future.”

While there is significant potential remaining in the Permian Basin and it will have continued relevance in the global marketplace, Mr Sheffield said, the real question is whether majors like Chevron, ExxonMobil and ConocoPhillips will continue to allocate capital to the region. While Mr Lance noted the Permian Basin’s low-cost reserves and low greenhouse gas intensity, he cautioned against rapidly growing production. Discipline will be key, he said.

With ESG under the spotlight, Mr Lance said that investors are demanding more of operating companies like ConocoPhillips. He described ESG pressures on the oil and gas industry as important. “We can’t afford to go through this grand experiment with our planet,” he said. “You have to have a credible plan around your own Scope 1 and Scope 2 emissions that you create as a business and be able to offset those.”

To align with the Paris Climate Agreement, ConocoPhillips adopted a framework in late 2020 designed to guide the company on how it will manage climate-related risk, meet energy demand, and address the expectations of stakeholders through the energy transition. Such standards will be critical for E&P companies going forward, Mr Lance remarked, even as the pathway to reach net-zero carbon by 2050 is still being carved out. The adoption of technologies, such as carbon capture, utilization and storage, will impact exactly how the industry achieves its goals, he added.

Regardless, he believes companies must be held accountable as they make their journey toward net-zero. This may include measures such as ending the practice of tying executive compensation to production growth, making operations safer and more sustainable, and improving returns on capital.

Pioneer is also focused on ESG, Mr Sheffield said. Over the past couple of years, he has publicly called for Permian producers to limit their flaring to 2% or less, and has even urged investors to sell shares in or stop funding for companies that cannot achieve that target. At CERAWeek, Mr Sheffield applauded industry efforts, noting that flaring has been reduced over the past couple of years from approximately 800 million cu ft/day to 200 million cu ft/day.

Pioneer is also looking at other ESG-oriented solutions, including the electrification of rig and frac fleets and compression equipment. Mr Sheffield believes those pieces of equipment will be shifted onto the electric grid over the next decade as the company works to migrate away from diesel fuel.

Mr Lance agreed that new technology will play an outsize role from an ESG standpoint. “I think we’re all anxious and looking at how do you not only electrify rigs and frac spreads, but how do you get automated drilling and a lot of the technology and digital analytics input into the old field management. It reduces the exposure for our workforce, it’s better for safety, and it’s better for the environment.”

With the adoption of data management technologies growing exponentially, Mr Lance pointed to the fact that ConocoPhillips has 70% of its Lower 48 operations under continuous methane monitoring. That is then digitally tied to an integrated operating center for optimization. These types of sustainability initiatives, as well as the adoption of industrywide standards, will be critical for US shale to retain its relevance during the energy transition.

Public policy will also play an important role in these efforts. Mr Lance expressed cautious optimism that the current administration in the US will lift the moratorium on new oil and gas leases on federal land and waters. If not, he warned, there will be significant impact on long-term US production and the country’s energy and national security.

Further, “some of the lowest greenhouse gas production in the world is occurring here in the United States,” he said. “If you attempt to throttle that back, you’re also impacting the climate.” Getting the United States’ low-intensity natural gas to China and other parts of the Far East would help to avoid the building of coal-fired power plants – another way the US can align with the 1.5° climate scenario for the planet, he said.

Other public policy decisions, such as shutting down the Keystone XL pipeline and the potential shutdown of the Dakota Access Pipeline, will also inevitably cause the US to import more OPEC crude oil, Mr Sheffield pointed out. “We’ve reached, in my opinion, energy independence,” he said, “and now we’re going back to the old ways. We’re going to be importing 60% to 70% of our crude from OPEC again, if they follow through on the ban and not allow any more production.”  DC 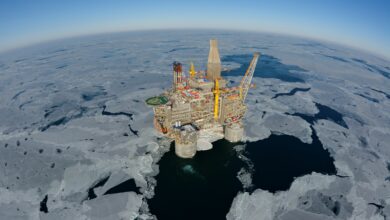 Workforce competency, multi-skilling will be key to success as companies seek ways to do more with less 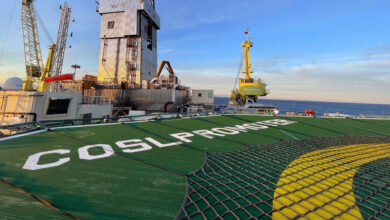 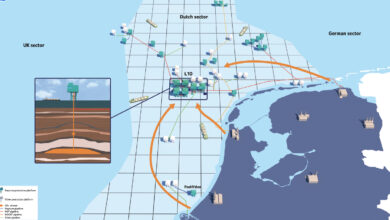 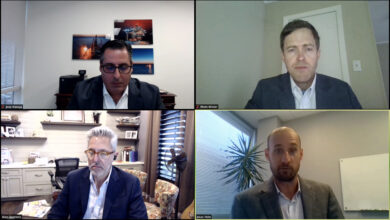