The oil and gas industry, and in particular the contract drilling industry, has weathered a lot of storms to get to where it is today.

Offshore, for example, we’re drilling in 10,000 to 12,000 ft of water with 15,000- to 20,000-psi BOP stacks, and drilling with sophisticated MPD equipment that allows bits to safely and efficiently penetrate formations so difficult that, just a decade ago, we probably wouldn’t have even tried to drill through. Onshore, it’s astounding both the precision with which drillers can steer the bit through miles of rock underground and the efficiency with which a single rig can be utilized to drill 10 or more closely spaced wellbores on a pad, minimizing surface impact while maximizing the energy produced. Amazing achievements indeed.

But there are dark clouds gathering ahead again, and this time the challenges seem to dig much deeper into our roots. The acceleration toward a low-carbon economy has led some of the world’s leading E&P companies – our very own customers – to pivot away from traditional oil and gas. And the change doesn’t appear to be a simple “rebranding”; they’re signalling a real shift in the way they allocate capital spending.

With financial institutions, too, the energy transition is impacting this industry’s access to cash. Major banks, wealth and asset managers and insurers are pledging to reach net zero by 2050. What will that mean for drilling contractors and oilfield equipment manufacturers and service providers?

The financial services industry is still trying to figure that out, according to Matthew Bell, UK&I Climate Change and Sustainability Services Leader at Ernst & Young. In a recent webcast, he noted that most asset managers are “seeking to move away from emissions-intensive portfolios that aren’t demonstrating they are capable of shifting their own processes and activities toward decarbonization.”

I believe that last part is key. As an industry, we must collectively demonstrate that we can help energy companies to decarbonize.

A lot of work is already ongoing in this area. Energy storage and battery power initiatives are under way on a multitude of onshore and offshore rigs. Companies like Maersk Drilling and Precision Drilling have said they’re exploring the potential of using fuel cells to power their rigs. And as DC reported in our Sept/Oct 2021 issue, Odfjell Drilling is looking to build a fleet of mobile offshore wind units (MOWUs) so floating rigs can use renewable energy as their primary power source. They aim to have MOWUs available for commercial use as early as 2024.

Our license to operate

Amid these efforts, IADC also has a role to play – by facilitating industrywide collaboration. Companies see that ESG is playing out like safety did a few decades ago: It’s an inextricable part of our social license to operate.

Early this year, IADC established the Sustainability Committee to facilitate the exchange of information regarding ESG standards and best practices. The committee’s ESG Guidance Workgroup is now developing documents specifically tailored to the ESG reporting needs of drilling contractors.

More recently, the IADC Advanced Rig Technology Committee also established the Energy Efficiency Subcommittee. The group recognizes that energy efficiency has become an inseparable part of the future of rig technologies. A kick-off meeting was held in October, with workgroups soon to be formed.

IADC invites all stakeholders in our industry to join both of these ongoing efforts. We’re not certain what the future holds either, but let’s figure it out together. DC

Click here to indicate your interest in the ART Energy Efficiency Subcommittee.

Linda Hsieh is a graduate of the journalism program at the University of Texas at Austin, where she also completed the Business Foundations program at the U.T. McCombs School of Business and minored in Asian Studies. She has been writing for Drilling Contractor since 2005.
Nov 3, 2021
0 1,269 2 minutes read
Facebook Twitter LinkedIn Share via Email Print

North American land drilling market moving up, but at a gradual pace 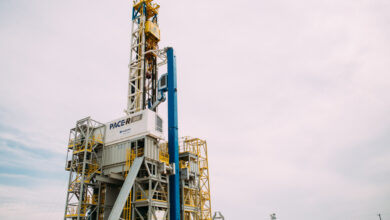 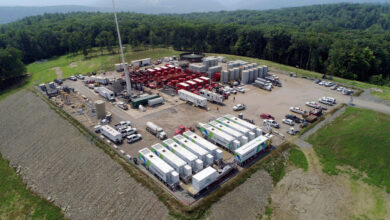