With dayrates and utilization both down drastically over the past year, it’s easy to see that the rig market has fallen significantly out of balance. “There are a lot of assets that do not bring complete value to our industry,” Raphael Siri, CEO of SapuraKencana Drilling, said at the 2015 IADC Critical Issues Asia Pacific Conference on 19 November in Singapore. “The shortcut is to say we should get rid of the old ones. But I think we have to look at it a little deeper and understand that some assets add value and should be maintained, and some create more risk to our industry and should be taken off service.”

Certainly, rig scrapping is easier to say for companies that have only premium assets, but he urged all contractors to look at what value an asset is bringing versus the limits and risks. “One big incident on one rig can affect us all, right? We should try to reduce the risk profile we have.”

In particular, Mr Siri noted the importance that drilling contractors learn to adapt to the changing business climate; they will need to evolve in order to survive. He cited Blockbusters and Borders as examples of companies that have been phased out for failing to evolve. “My challenges to you is to look at if we are any different? Are we ready to take the challenge?” Companies that don’t rise to the challenge will likely go by the wayside, he said. “I can be optimistic, but we also have to be realistic.”

One aspect of the business that must evolve is the risk profile, he continued. Mr Siri urged the industry to take a more incorporated partner’s approach between players to provide services at improved added value. This includes the risk profile between drilling contractors and their suppliers, as well as the profile between contractors and operators. “I really believe that we need to be partnering better amongst ourselves and not just saying it. We have to mean it, and sometimes partnering means that you have to give away something. It’s a give and take.”

Contractors also have their work cut out for them as far as knowledge transfer from the older generation of employees to the next generation. Mr Siri believes that the great crew change, which was already ongoing before this downturn, will actually be accelerated in this environment. Firstly because companies that are under pressure to reduce costs are replacing more experienced and higher-cost employees with younger and lower-cost workers. Secondly, some industry veterans who had been teetering on the edge of retirement may simply choose to leave rather than wait and be pushed out, he said.

With so much experience and knowledge leaving the industry, Mr Siri warned the industry against cutting investments in training, noting that it would be a short-term game for long-term loss. “There are ways to reduce costs, but if we don’t train the people right now, we’re going to suffer because the ones that have the knowledge are about to go.”

Looking ahead, Mr Siri said he remains positive about the outlook for the industry. Many of the E&P projects that have been taken off the table are not canceled, just postponed. Operators are simply waiting for the right time, the right oil price and the right costs. “The challenges are not over yet, but it is up to us to adapt. And as a reminder for the pessimistic, we’ve done it many times over and over. We need to take off that cruising cap and put back the thinking cap, looking after your people first, looking after your assets and looking after what can make a difference to the industry.” 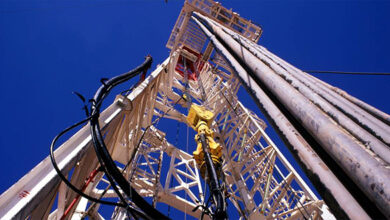 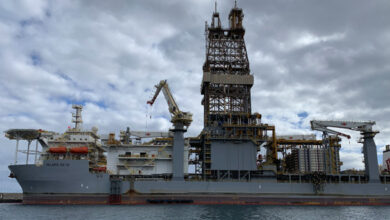