The National Ocean Industries Association (NOIA) Board of Directors has elected John T. Rynd as Chairman of NOIA and Cindy B. Taylor as Vice Chair of NOIA for the 2014-2015 term. Mr Rynd and Ms Taylor assumed their positions at the NOIA Annual Meeting this week in Washington, DC.

Mr Rynd currently also serves as Vice Chairman of IADC. In 2008 he was elected as Chief Executive Officer and President of Hercules Offshore. He also serves on the company’s board of directors and served as NOIA Vice Chairman for the 2013 -2014 term.

“I am grateful for the opportunity to serve as Chairman of NOIA. This is a critical time for the offshore energy industry as we move to expand our access to undeveloped offshore acreage,” Mr Rynd said. “I look forward to working alongside our member companies, NOIA leadership, and regulators to advance the mission of NOIA to promote the safe development of offshore energy for the continued growth and security of the United States.”

Ms Taylor has been President and CEO of Oil States International since 2007. She also serves on the company’s board of directors.

“I consider it a great honor and privilege to assume an expanded leadership role with NOIA. I look forward to working with the organization and its member companies as we move into the first phases of developing the next five-year offshore leasing plan with the Department of the Interior,” Ms Taylor said.

NOIA President Randall Luthi commented, “NOIA is focused every single day on expanding access to the energy resources of the nation’s outer continental shelf. This is vitally important work with the potential to create more well-paying jobs, generate critical revenue for the government and improve our domestic energy supply. With the stakes so high, I can think of no better leadership team for NOIA than John Rynd and Cindy Taylor. Their combined experience, knowledge of the industry and ability to advocate before key policymakers will leverage our reach and impact as an association.”

Ms Taylor has served at Oil States since 2000, first as Senior VP, CFO and Treasurer, then President and COO, followed by her CEO appointment in 2007. Prior to Oil States, she was CFO of L.E. Simmons & Associates, a private equity firm specializing in oilfield service investments, the VP Controller of Cliffs Drilling Company, and she held various positions with Ernst & Young. She holds a B.B.A. from Texas A&M University and is a Certified Public Accountant.

Mr Luthi also thanked outgoing Chairman Dick Alario, Chairman, President and CEO of Key Energy Services, for his leadership of NOIA from 2013-2014. Under his watch, NOIA expanded its membership to over 325 members and co-commissioned a study indicating that opening up the Atlantic offshore to oil and natural gas development could provide 280,000 jobs, $24 billion/year to the economy and supply 1.3 million barrels of oil equivalent to the United States. Mr Alario will remain active on the NOIA Board of Directors. 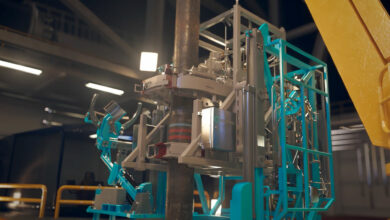 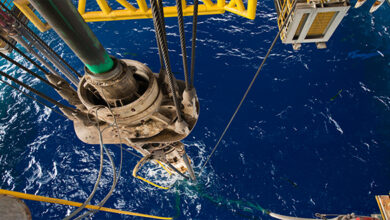