Horizontal drilling and hydraulic fracturing have unlocked record supplies of natural gas in North America, pushing prices to a 10-year low and cutting profits for gas producers. The oversupply has prompted these producers to actively promote the fuel as a low-cost, cleaner-burning means of fueling vehicles and other equipment.

More energy companies are now looking to natural gas as a means of powering their drilling rigs. Some are being fueled by “field gas” and others by trucked-in LNG. Some industry players believe that  this can help can companies reduce fuel bills and cut greenhouse gas emissions.

The loading profile swings are between a base load and a maximum load. The majority of the time, it is at a steady base load of 200 kW per unit. Worst-case transient loads of 800 kW per unit are during deep drilling, hoisting and tripping out of the well. Highest loads occur during back-reaming; when hoisting, the mud pump load and top drive are in active operation at the same time. Mud pump loads add to the base loading during normal drilling.

Therefore, for the worst-case scenario, with three units on the line, the engines/generators need to pick up a total load from 600 kW to 2,400 kW, with a ramp time of about 4 to 5 sec. The total source kW capacity connected is 3150 kW with diesel engines. SCR and VFD drives have a maximum tolerance on source voltage and frequency excursions of 10% for voltage and 5% for frequency. Therefore, proper sizing of the engine and generator is critical.

A gas engine drive has to be oversized to minimize frequency dip. Due to the time delay difference in fuel delivery, the gas engine will respond slower to load transients than a diesel engine. Information on the GE Waukesha 7044GSI engine indicates it can pick up a 0% to 60% load in 7 sec with a 5 hz (8%) frequency dip, and a 60% to 100% load in 5 sec with a 3 hz (5%) frequency dip. The rating on the 7044GSI is 1,200 kW (3,600 kW with three units on the line). If we apply the drilling rig load of 600 kW to 2,400 kW, this equates to a load step of 16% to 66%. The load is actually ramped in 4 to 5 sec. There are settable torque and horsepower limiters in the controls of the SCR and VFD drives. Load response curves for the 7044GSI would indicate it is capable of handling this load transient.

The generator is already oversized to minimize the voltage dip, and by using the same Kato drilling generator, we equate voltage response performance to that of the diesel. The Kato generator is the most acceptable generator to the drilling market. VFD drives have lower harmonics and better efficiency, resulting in improved generator performance.

Figure 1 represents a data capture for what appears to be the worst-case loading from the data provided. Some comments regarding this:

• During this load step, the air/fuel ratio controls will not keep up. Therefore, emissions may be much higher than during steady state conditions;

• The load is flat around 100-200 kWe much of the time. At this light of a load, it is not certain how well the air/fuel ratio control will maintain emissions. Some adjustment to programming may be necessary; and

A rich-burn engine operates with a wide margin for both knock and misfire, allowing a high tolerance for fuel composition. At lower levels of nitrogen oxides (NOx), lean-burn engines operate in an increasingly narrow window, limiting fuel flexibility and making them more sensitive to site conditions. In addition, fuel consumption increases and efficiency decreases as combustion deteriorates due to the high amount of excess air used to lower NOx.

Additionally, although CO2 is the most significant greenhouse gas addressed globally, methane – also a greenhouse gas – has 21 times the effect on the atmosphere. Rich-burn engines emit much less methane than lean-burn engines. The US EPA requires that both CO2 and methane be included in carbon calculations as a carbon dioxide equivalent, CO2e. When methane is factored into this, rich-burn engines may be able to deliver a better greenhouse gas profile.

Formaldehyde is the most significant hazardous air pollutant emitted by engines. Because lean-burn engines operate at lower combustion temperatures, up to 10 times more formaldehyde can be released than with rich-burn engines.

• Methane slip due to incomplete combustion resulting in higher GHG;

As new rounds of emissions regulations go into effect, the EPA’s new emissions standards for NOx, CO, VOCs and hazardous air pollutants have challenged the natural gas industry to reduce levels of these substances during operation.

Although US federal regulations reduced both allowable NOx and CO emissions by half in 2010, to 1.0 g/bhp-hr NOx and 2.0 g/bhp-hr CO, some states are considering enacting more stringent requirements. For example, states that currently have severe non-attainment status have begun mandating NOx levels of 0.5 g/bhp-hr and lower.

For larger horsepower applications, lean-burn engines offer fuel efficiency, but this must be a trade-off for lower NOx levels.

The greatest expense to operate any engine, in any application, is fuel costs. As noted, pricing for natural gas is presently at a much better position than diesel, so operational costs would be lower for the natural gas-powered engines. Additionally, operational costs associated with the transportation of the diesel fuel to the drilling location should be factored in. It takes approximately 7.6 gallons of diesel to equal one MMBTU of natural gas. Liability costs associated with the increased number of fuel trucks on the road to support the drill site also should be considered.

Although it might not be a direct cost, weather-related conditions could cause delays in fuel deliveries. Further, there are the environmental impacts related to potential diesel fuel spills.

Maintenance costs for natural gas engines are higher due to the nature of the fuel being “dry” and the increased combustions temperatures, but these should be more than offset by the overall savings

Lastly, compared with other brands of spark-ignited engines, the VHP Series Four enhanced engines, operating at lower BMEP, provide longer operational times between oil changes, top-end overhauls and complete overhauls, extending the service life of the engine to provide a higher rate of return for the operational horsepower needs.

Driven by significant segment forces (low cost of natural gas versus diesel and intense focus on reduced emissions), the drilling industry is faced with the opportunity to make significant improvements and upgrades to existing and new equipment.

VHP and Series Four are trademarks of General Electric Company.

As industry evolves, risk management programs must too 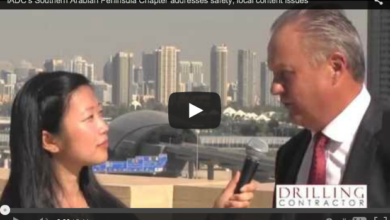 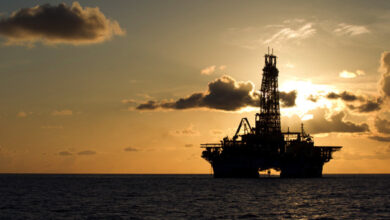