In the early 20th century, automation was not widely used in industrial work.  This changed in 1947 when  General Motors established an automation department that pioneered a new way of manufacturing. Since this step toward automation, other factories and production lines have streamlined their processes, reducing the requirement for human interaction with machinery and thereby reducing the risk of incidents. Over the past 65 years, many industries have introduced automation in varying degrees and levels of complexity.

As the oil and gas industry faces new operational challenges due to depleting reserves, mature fields and an increasingly stringent regulatory regime, technology has an important role to play in assisting companies to increase their efficiency in the finding, lifting, separating and distributing of oil and gas.

Until recently, automation in the drilling industry has generally referred to the auto-drilling method. Drilling rigs are designed to perform a specific but repetitive tasks – drilling, tripping, casing, well control and cementing – with a crew overseeing each element and playing a hands-on role in the process.

The level of HSE risk on a rig floor is high. A higher level of automation removes direct human interaction with heavy loads, therefore protecting employees from the risk of injury.

In Europe, operators now have to comply with increasingly stringent HSE regulations from the European Union. In addition, land drilling operations are increasingly moving closer to sensitive locations, such as populated regions and nature preservation areas, adding complexity to day-to-day operations.

This changing land drilling environment requires new technology. Operator Nederlandse Aardolie Maatschappij (NAM), a 50/50 Shell/ExxonMobil joint venture, created a brief for a new rig design that included the ability to implement a “hands-off” philosophy to their operations. The only logical solution to meet their needs is simple in theory – a fully automated rig.

A selection of vendors, including, KCA DEUTAG and its rig manufacturing sister company Bentec, were approached to provide a solution.

The requirements for this rig were a new challenge for KCA DEUTAG and Bentec, which had not designed and developed a rig to this level of automation.

The operator’s internal HSE policy is aligned with KCA DEUTAG’s health and safety aim of providing safe and trouble-free operations, 24 hrs/day,  365 days a year. The design process was made easier with the operator, drilling contractor and rig manufacturer sharing the same overall aims and having a collective set of objectives. A collaborative approach was essential to ensure success, and the final product of this is the Euromatic Rig (KCA DEUTAG Rig T-700).

If asked to describe a human, you would probably start with what you could see: a head, face, body, two arms, two legs, etc. Then you would move on to the internal workings, the parts that “operate” a person – the brain, nerves, ligaments, etc. These same “features” can be found in the design of the T-700 rig. For example, the arms and legs would be the components that make up the pipe-handling process.

On a standard rig, the drill pipe-handling process is conducted in one continuous process, from picking up the pipe  to pipe conveying to pipe manipulating and aligning pipe at the center of the bore. The T-700 splits the process into two stages: pipe separating/picking and pipe conveying, which have been kept together, with pipe manipulating broken off into a standalone process. Splitting the sequence into two stages helps the operator save time as the two stages now operate concurrently.

Laying down the drill pipe on ground level has a secondary advantage as a rig floor setback area is not required. Therefore, the mast can be designed with lower design parameters, and the rig floor can be smaller than on a standard rig.

The pipe separator is the first stage in the process; it has been designed as an add-on to the  horizontally positioned drill pipe and casing storage bins that extracts a single pipe from the storage bin and slides it along to the vertical pipe conveyor. The pipe conveyor lifts the pipe to the rig floor, where it is picked up by the manipulator arm. This is fixed to the rig floor and has been designed to turn the pipe and fix it into position, completing the process. This method offers an additional level of functional safety as it is remotely controlled from the operator’s cabin (doghouse) by touchscreen and joysticks.

On a standard rig, the iron roughneck aligns and threads together the drill pipes and casings, with the process being controlled by a crew member standing beside it operating the controls and overseeing operations. For the T-700, Bentec supervised the development of a piece of software that has been integrated into the threading process so that it can be conducted from the doghouse.

Once a hole section is drilled, the casings have to be run in and cemented in place. Generally there are a lot of “hands” involved in this process, particularly for lifting and screwing the casings together. On a standard land rig, there would be two or three crew members physically working on the rig floor moving the pipes and matching the thread connections.

It is common practice for a separate crew to do this, which means additional people becoming involved.

On the new rig, eight cameras continuously monitor the rig floor and the operation. The video feeds run on a monitor watched by the driller and pipe-handling operator, giving the operator “eyes” on the floor at all times without being physically present inside the “no-go zones.” The doghouse becomes the brain of the rig, which is operated by two people – the driller and the pipe operator.

The human body has ways to protect itself – closing your eyes to protect them from dust or putting your hands up to break a fall. Similarly, the new rig has a failsafe system to ensure that the operational rig cannot cause injury to the crew. A physical barrier surrounds the no-go zones; a wire fence has been installed with a sensor that, if opened, will automatically shut down the rig.

Since the T-700 is a new rig concept, a full diagnostic test was run to ensure that operation would go as planned when it goes on-site. The diagnostic test also allowed the crew to experience a new way of working and running an operational rig site. It provided the team with an opportunity to become familiarized with the operation sequences in a “live” setting.

A full one-to-one replication of the operation was the most efficient manner to do this; as a result, a 100-meter hole was drilled in Bentec’s backyard. The team then drilled the test well, then installed the casings and cemented them in place. Such an acceptance test allowed for a full shake down of the system.

As well as a zero target for incidents, NAM’s brief required the new rig to be environmentally sensitive.

The mast height has been reduced to two drill pipes (doubles) instead of the standard three (triples). The majority of automated rigs in use have a single drill pipe as standard. A reduced mast height allows for a significant reduction of “visual pollution” on the landscape and means that the rig will not be seen from long distance. The reduction in mast height also reduces the level of noise pollution emitted from the top drives.

The negative side in a reduction of mast height to doubles is a decrease in the tripping speed.  Less connection time is needed with triples, and this speeds up the tripping in and out process. To compensate for this disadvantage, however, the new rig’s pipe-handling system has been designed to accommodate tripping speeds up to 600 meters/hr.

When personnel are required on the rig floor – for example, when rigging up or rigging down and to carry out maintenance work – drilling operations will be stopped. Further, the layout of the structure of the rig floor has been designed to minimize the potential for accidents. For example, the width of the steps on staircases has been increased and the inclination of the angle the step sits at has been reduced from 45° to 35°.  Another example is that lifting points have been altered so they are reachable without using a ladder.

Together, KCA DEUTAG and Bentec completed the project on time and on budget.  The T-700, based on the EuroRig design, has met its operational targets for its first drilled well.

This article is based on a presentation at the IADC World Drilling 2012 Conference & Exhibition, 13-14 June, Barcelona, Spain. 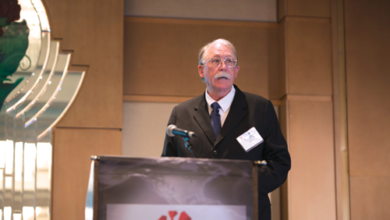 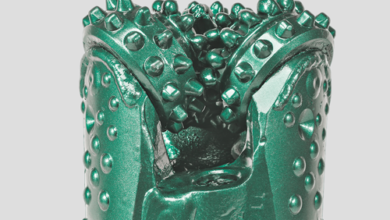