National Oilwell Varco (NOV) is pushing ahead with a new research and development technology center (RDTC) that will give the company’s engineers a means to develop and assess new technologies, particularly those related to drilling automation. “We treat the facility like an incubator,” said Rium Tapjan, VP of the RDTC. “We’re trying to foster an environment for building ideas and coming up with solutions that aren’t siloed into different divisions. People can come here months in advance and collaborate on different tests.”

The center is located near Navasota, Texas, and houses a building that includes offices, meeting rooms and an auditorium. There’s also a 30,750-sq-ft shop connected to a 36,525-sq-ft mud building facility. The latter remains under construction and will be used for dynamometer testing of downhole mud motors and flow loop testing of other downhole tools. “The mud building is a future phase that offers parallel downhole testing off of the rig, so we can be doing mud tests simultaneously while we drill,” Ms Tapjan said.

A 375-ton, 1,500-hp Ideal Prime rig, equipped with IntelliServ wired drill pipe, is now located onsite and was drilling its eighth directional well as of early August. Currently the focus is on the development of automation, which includes the NOV Operating System (NOVOS) and eVolve Optimization Service. These technologies go hand in hand, as the eVolve service tracks downhole data through  real-time tools on the wired drill pipe network, while NOVOS uses the data to autonomously perform day-to-day drilling operations. “That’s really the essence of bringing testing out here – not only to be able to test in a real drilling environment but also to be able to integrate all of the tests together and all of the equipment that NOV offers together,” Ms Tapjan said.

Under development for several years and due for commercialization this fall, NOVOS is a drilling control system that interfaces autonomously with NOV drilling equipment and algorithm-based software applications. It runs through applications on a touchscreen control panel in the driller’s cabin. The driller is able to input preferred settings and parameters into the system, and the system will complete the tasks as commanded. So far, the system has been set up to autonomously perform pulling slips, hoisting, flow control and top drive movement. “What we’re trying to do is basically take away human inconsistencies and free the driller up to focus on other tasks,” said Ben Facker, Senior Manager of Strategy and Development for NOVOS Controls.

While NOVOS focuses on surface equipment, the eVolve service focuses on downhole optimization and automation, with a tiered drilling solution. The AUTOMATE tier tracks real-time downhole data collected by sensors on the bottomhole assembly (BHA) and drillstring, transmitting the data back to the driller using wired pipe. “We feed the information through the wired network very quickly so that it can be acted on in real time,” said Melanie Luthi, Business Development Support Manager. The high-speed, real-time data feeds into the eVolve software applications, which then use this information to analyze and adjust drilling parameters for improved drilling efficiency and to visualize the solution for the drilling engineer.

Since its commercialization in 2014, eVolve has been used on wells in North America and Norway, with an average 30% reduction in drilling time compared with baseline drilling performance in North American applications, according to NOV. “By acting on the real-time downhole data, you’re able to deliver more efficient drilling because you’re eliminating a lot of the unknowns that we currently have in drilling,” Ms Luthi said.

As of early August, NOV was also testing the eVolve TrueDrill application, which provides real-time closed-loop control to the drawworks and top drive from a real-time downhole weight-on-bit (WOB) measurement. Over a two-month testing period, the TrueDrill application has been shown to provide a 120% increase in time savings compared with operations where WOB is manually adjusted.

NOV is now working to prepare for the first commercial integration of NOVOS and the eVolve service. It will be on a six-well project in the Permian, scheduled for Q3. “The operator was looking for more drilling efficiency and consistency, so we’re hoping to provide them with improvements by negating common errors,” Mr Facker said. The new technologies are expected to be kept on the rig for future deployments after the initial six wells are complete.

New tests for NOVOS and the eVolve service are scheduled to begin at the RDTC every two to three months, Mr Facker said. “We’re always creating new things or developing new algorithms for how to complete the existing functions we provide.” One future application that will begin testing in Q3 this year is automated steering with a mud motor. “The idea is you’ll give the system over to what we call the performance steering application,” he explained. “As you engage the formation, it will make sure you maintain trajectory, using data from the wired pipe and downhole sensors.”

“Without the testing grounds provided by the RDTC, development of technologies such as NOVOS and eVolve would be much more challenging,” Ms Luthi said. “Until it’s proven, new technology is really hard to implement. With our test center, sometimes you can even get a company out to observe the technology,” she said. “Without the test rig, we would use a simulator. It’s close, but it’s not quite the same as going to a rig and watching how the technologies perform during an actual drilling operation.” DC 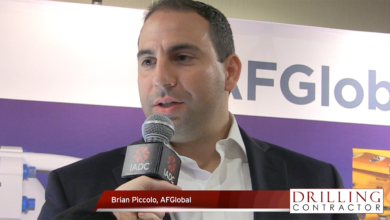 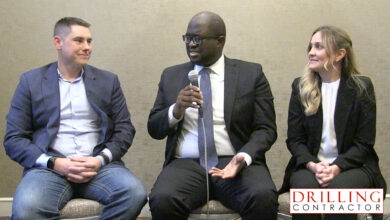 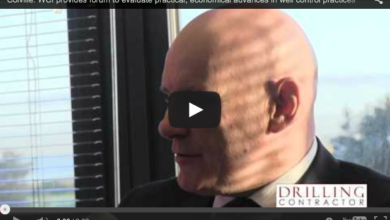