Petrobras’ proven pre-salt reserves, which extend from the south of the state of Espírito Santo to the state of Santa Catarina, are up 43% in 2013 compared to 2012. In 2013, 42 wells were drilled in the pre-salt layer, allowing reserves to increase. Since 2007, the company has been increasing its proven reserves. Currently, more than a quarter of the proven Petrobras reserves come from the pre-salt.

In 2014, 17 new wells will be connected to platforms already installed in the pre-salt Santos Basin hub.

In the second half of 2014, two new platforms will come on stream in the pre-salt hub in the Santos Basin: the Cidade de Ilhabela platform in the Sapinhoá Norte field and the Cidade de Mangaratiba platform in the Iracema Sul field, which will increase daily production capacity by 300,000 bbls of oil/day. These two new platforms will be connected to another five new wells in 2014.

Drilling Ahead: New initiatives and new look for IADC 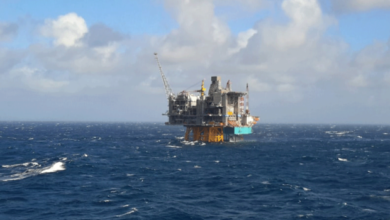