“Material results are leading to a bright future,” Jose Formigli, Petrobras pre-salt executive manager, said during a 2011 SPE Offshore Technology Conference lunch presentation in Houston on 5 May. “Petrobras is now producing more than 100,000 BOPD from the pre-salt. Out of a total recoverable volume of 8.3 billion BOE, a total of 1.3 billion BOE has been added from the pre-salt horizon.”

According to Mr Formigli, the company plans to increase production from the current level of 100,000 BOPD. To achieve that, Petrobras expects to invest $73 billion in the Santos Basin pre-salt area to 2015, or $40 million a day. Of that amount, 32% will go to drilling technologies, 27% to FPSO vessels, 21% to completions and 20% to subsea technologies.

Mr Formigli explained Petrobras’ history in the pre-salt and development strategy. Since the first wildcat well at Parati, the company has embarked on an integrated development optimization strategy called Plansal. After identifying Brazil’s pre-salt region in 2000, Petrobras acquired a 3-D seismic survey and began to develop algorithms to process the data. “The quantity and quality of the reserves exceeded our greatest expectations,” Mr Formigli said.

The company is now in Phase 0, the first of two phases outlined in Plansal. This first phase entails information gathering on appraisal wells and from extended well tests. “We want to investigate reservoir performance,” Mr Formigli said. “An example is the Guara that is being tested as a workover well and started up production in March.”

Challenges facing Petrobras include 16 large production units that will be built, most of which are in the planning stage. “It is not only production systems, but also to consider is oil and gas transference — tankers, pipelines, technology issues — will be integrated,” he said. “Logistical support infrastructure is a key issue. A transportation hub is in the design phase.”

Technical challenges abound; more than 50% of CAPEX goes to subsurface drilling. “We’ve been able to increase rate of penetration inside salt formations,” Mr Formigli said. Another challenge is that every month new rigs are coming into the yards and “we need to reduce the time to make first-class units out of these rigs.”

Reservoir challenges include the fact that all CO2 will be re-injected. To address challenges in telecommunications and information flow, Petrobras plans to build networks of fiber-optic cable throughout the Campos and Santos basins. “The biggest challenge is to guarantee that we can run our operations safely,” he said. A cap containment system is being developed and a spill response system is in place.

New technologies being considered for pre-salt development include laser drilling and recording flow measurement using nanotechnology. Incorporating a high level of automation and reducing the footprint of processing plants is also being considered.

Exclusive video: Process safety should not be an HSE function? 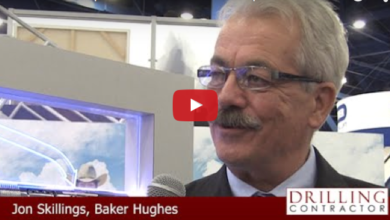