“If it ain’t broke, don’t fix it.” So the saying goes, but it’s just not how Fred Dupriest works. For him, doing something better is not enough if it’s still being done in the same way as before. “Continuous improvement is really about saying, how can I make something that’s not broken better?” he said.

This belief motivated Mr Dupriest throughout his 36-year career with ExxonMobil, where he was able to implement a physics-based approach to drilling that resulted in record operational performance for multiple projects worldwide. The key, he said, was being able to adopt a deterministic approach to decision making that is based on physics, rather than making decisions empirically.

“There are so many things that can limit your footage per day,” he said, but the discussion of those performance limiters should always start with the physics. “We have to make sure we really understand how things work, then work deterministically from that to build work flows and practices, not from empirical experience.”

He cites as an example the traditional practice of slowly applying weight on bit. “When we actually look at that process, we see that the bit vibrates severely anytime it doesn’t have deep engagement with the rock,” he described. Slowly applying weight on bit actually damages the bit while fast application of weight results in little to no damage. “Being deterministic means I actually look at vibrations and I understand the physics of bit wear and what’s occurring so I can change my practice based on a physics-based understanding of what is happening.”

When Mr Dupriest retired from ExxonMobil in 2012, he decided to take on a part-time position at Texas A&M University, motivated by the opportunity to pass on this physics-based thinking to the next generation. He believes understanding this approach to drilling will be particularly important for those young engineers as they enter an industry facing increasingly high well costs and complexity.

“Every company has to find a way of moving its performance forward and being differentiated,” he emphasized. “It’s not just executing the same practice but maybe trying to execute it more uniformly – it’s still the same practice. A student who can actually look at how things work and say, this should be the new practice, then have the ability to teach it and implement it through real people who can change the way the work is done – that student brings something different to the table.”

The industry’s continued move toward automation also will require engineers to think more deterministically, he added. Working empirically might mean drilling 10 wells, then determining the way forward based on which one was the fastest. “When you work deterministically, minute by minute you can measure something, see something and make a decision about something, which is what automated systems have to do. Designers are being driven to really understand the physics of, for example, putting weight on bit.”

The same motivation to spread the word about the physics-based approach to drilling is also fueling Mr Dupriest’s work on the IADC Drilling Manual. Along with a group of industry experts, he is writing a new chapter for the book on drilling practices – bit management, vibration management, reaming practices, connection practices, etc.

“We don’t really have many vehicles out there to teach a driller who comes up out of the rig crew and learns from experience,” noting that learning physics can be daunting for those who don’t necessarily have an engineering degree. He hopes the IADC Drilling Manual will provide a bridging tool to help those field personnel learn how physics affects their everyday operations.

“We have an enormous amount of physics and knowledge stored that we are not using operationally. It’s not a new tool or a new piece of software but how we do the work. Are we doing it in ways that make sense from a physics-based standpoint? We are limiting drill rate, for example, for hole cleaning based on empirical practices, rather than observing, measuring, making decisions in real time and changing the things that actually control our cuttings transport.”

“There is so much room to make progress in performance from simply operationalizing the science that we already know,” he continued. “Right now, across the industry we are still very empirical, and the largest gains we might achieve in performance will come from changing how we do the work, rather than finding the silver bullet.” 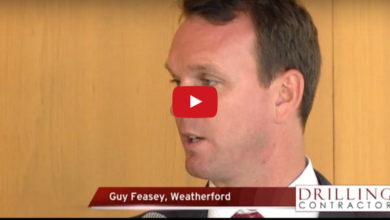 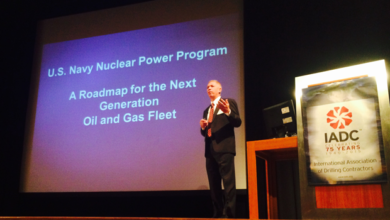 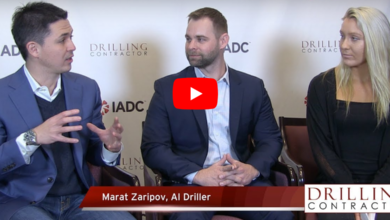